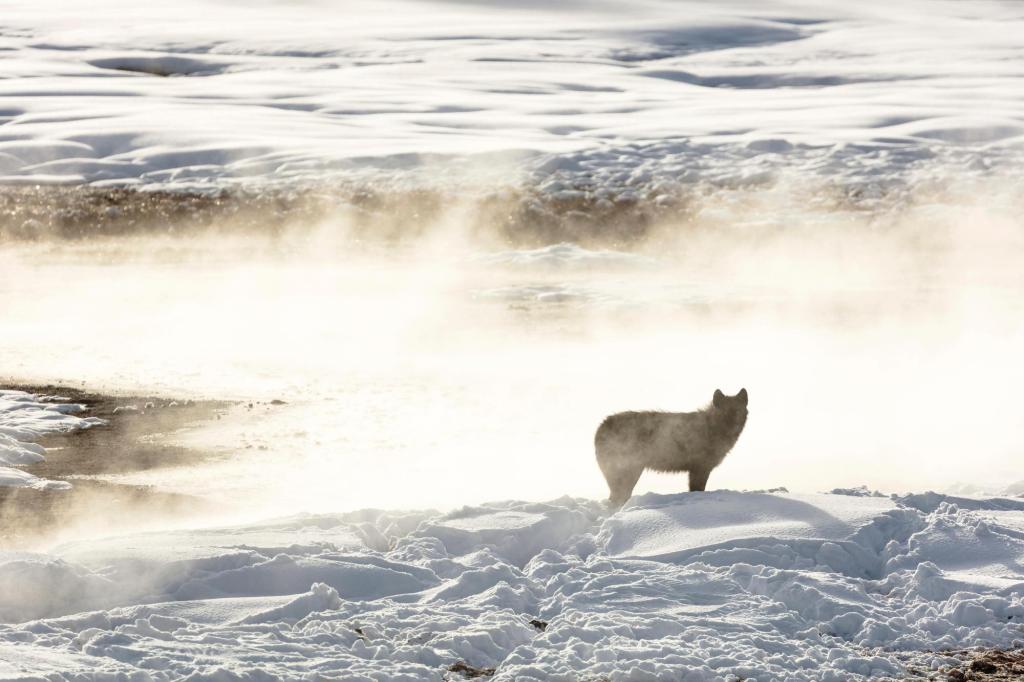 Wolves in northern Colorado killed a domestic border collie and injured another, marking the killing of a second wolf in the area in less than a month, state park and wildlife officials have confirmed.

Parks and Wildlife spokesman Travis Duncan said wildlife managers received a report early Sunday that a dog was found dead and another dog was injured at a Jackson County farm south of the Wyoming border.

Wildlife manager Chris Middledorf confirmed that wolf tracks were found near the dog’s body and that the other dog’s injuries were consistent with a wolf attack.

Duncan said collies were working dogs, used to herd animals on the property. State officials will reimburse the rancher for damages.

In December, wolves killed a calf at another farm in Jackson County, near North Park, not far from a recent murder. Both killings follow the controversial route of a statewide ballot measure to reintroduce gray wolves into Colorado’s forests.

Wolves currently living in northern Colorado migrated there on their own. State officials have yet to release any wolves back into the wild, although the ballot, Proposition 114, gives them until December 31, 2023, to do so.

Sarah Diderickson of the Colorado Cattlemen Association said she is following news of the second killing, which raises additional questions about the state’s plan to reintroduce the wolves. She asked those officials for more information about wolves’ behavior, how domesticated animals might interact with wild animals and what else to expect in the breeding process.

After the first killing in December, cattle union representatives and ranchers who lost their calves sought a lethal alternative to engage in the reintroduction process.

Wolves will likely kill more livestock, ranchers said, and people should be able to defend their property with lethal force if necessary.

Wolf experts and advocates call the idea of ​​killing wolves absurd. Michael Robinson, an expert at the Center for Biological Diversity, said the animals are listed as an endangered species by the state and are an important part of the ecosystem.