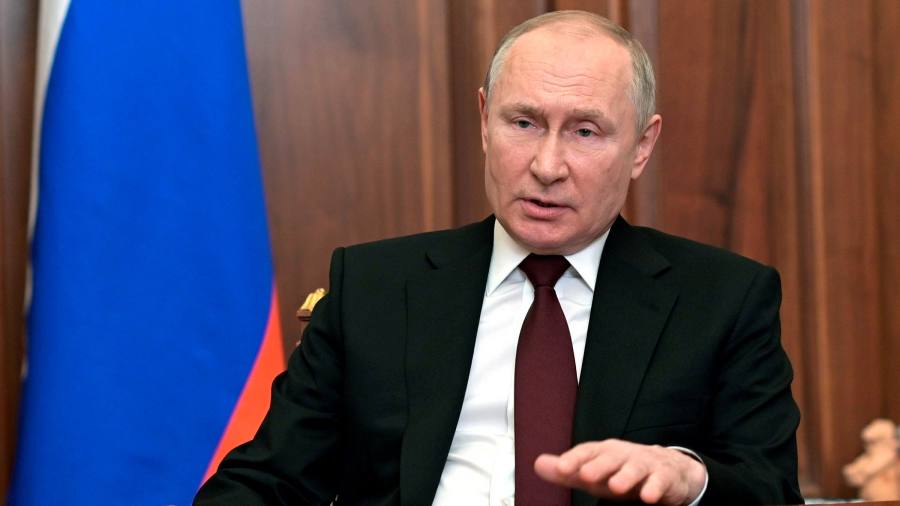 The international oil benchmark rose 2.6 per cent to $97.84, as traders calculated the possibility of disrupted supply from Russia after Putin directed his military to enter Ukraine’s rebel-held Donetsk and Luhansk regions.

European natural gas contracts rose almost 11 per cent to €79.65 per megawatt hour after Germany halted the approval of the Nord Stream 2 gas pipeline. This came ahead of the US and western allies launching a package of sanctions against Moscow later in the day.

European government bonds then sold off as prospects of higher energy prices in the bloc exacerbating record-high inflation levels reduced the appeal of the fixed interest-paying securities.

“One of the very few definitive things we can see from this crisis is that energy prices are going higher,” said Bastien Drut, chief thematic macro strategist at CPR Asset Management. “Even if there is no further escalation in Ukraine, the main result is still going to be higher inflation.”

The Stoxx Europe 600 share gauge fell as much as 1.9 per cent, before recovering to trade down 0.1 per cent, while volatility indices showed traders expected equity markets to continue to swing on headlines concerning Ukraine.

The Vix gauge of expected volatility on the S&P 500 traded at 29.4, above its long run average of about 20. Its European equivalent, the VStoxx, sat at about 33.

The FTSE All-World index of global shares has lost 2.9 per cent so far this month, taking its year-to-date loss to 7.6 per cent, as escalating geopolitical tensions added to market jitters caused by the US and European central banks tightening monetary policy.

“An energy price shock amidst an aggressive central bank pivot focused on inflation could further dampen investor sentiment and [the] growth outlook,” strategists at JPMorgan wrote in a note to clients.

The US Federal Reserve is expected to embark on a string of interest rate rises from next month, after pinning borrowing costs close to zero since Covid-19 swept across western nations two years ago.

The European Central Bank, which has moved more slowly to roll back its pandemic-era emergency policies, is set to phase out its purchases of government debt later this year. 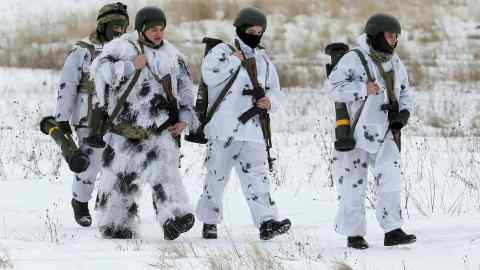 The effect on US debt markets was more moderate. The yield on the 10-year Treasury note rose 0.01 percentage points to 1.94 per cent.

The price of West Texas Intermediate crude oil rose 3.4 per cent to $94.3 a barrel, also near its highest since 2014.

Russian assets were volatile on Tuesday. The rouble hit its weakest level against the dollar in more than 15 months early in the session, before paring losses to trade 1.4 per cent higher. The Moex index of Russian stocks, which had closed 10.5 per cent lower on Monday, initially fell further on Tuesday before recovering to trade 0.9 per cent higher.