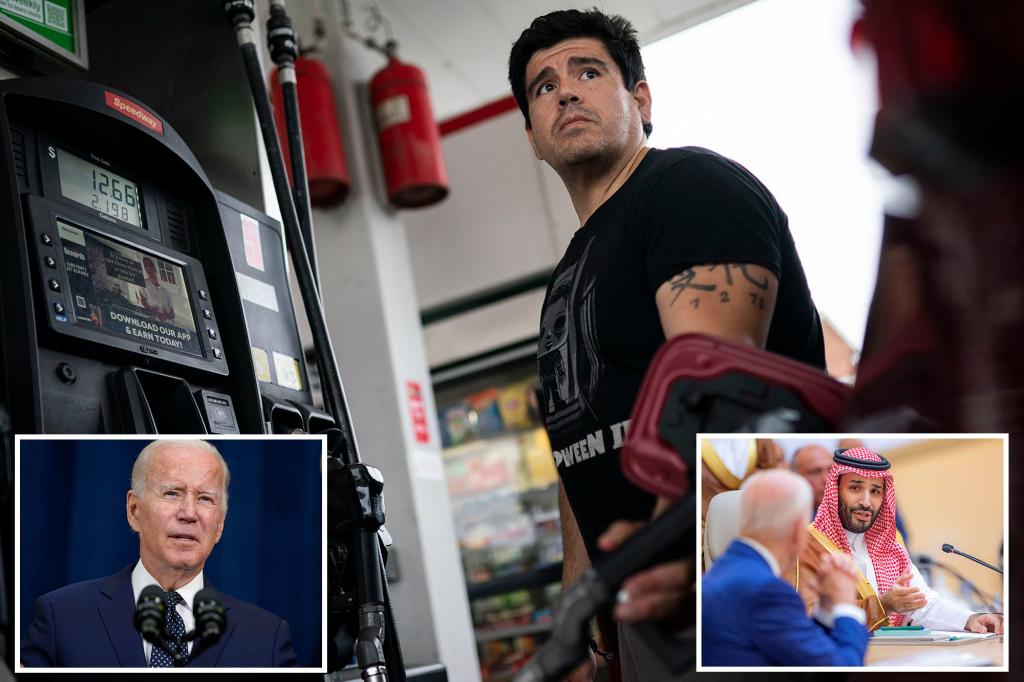 Oil rose above $100 a barrel on Monday after President Joe Biden left Saudi Arabia over the weekend without securing a commitment from the kingdom to boost production.

International benchmark Brent crude rose nearly 2.5% to around $103.50 in the early hours of Monday, while West Texas Intermediate, the US benchmark, also rose nearly 2% to over $99 a barrel.

Prices rose on Monday following comments by Saudi Foreign Minister Prince Faisal bin Farhan Al Saud, who said the topic of boosting OPEC+ oil supplies was not even raised during a summit meeting between Biden and other Arab leaders.

“The message is that it is OPEC+ that decides the oil supply, and the cartel is not remotely interested in what Biden is trying to achieve,” Aslam said.

“OPEC+ will continue to control oil supply, and only one country cannot determine oil supply – at least that’s the message traders took from Biden’s visit to Saudi Arabia.”

Biden said on Friday that the Saudis shared their “urgency” to boost supplies and hoped the kingdom would take “more steps in the coming weeks” toward that goal.

But Saudi officials said any decision to increase production would need to be made within the framework of OPEC+, the cartel of the petroleum-producing countries that will hold its next meeting on August 3.

Administration officials downplayed hopes of any immediate increase in Saudi oil production, which could help ease high gas prices that are politically damaging to Biden back home.

Russia is a member of OPEC+, which is the second largest oil producer in the world. Americans are calling for cutting Russian energy from global markets as punishment for President Vladimir Putin’s decision to invade Ukraine.

While Europeans are prepared to move away from Russian oil and natural gas, the Saudis are shying away from isolating the Kremlin.

Biden has come under fire from many of his own supporters for meeting with Crown Prince Mohammed bin-Salman, the Saudi de-facto ruler implicated in the murder of Washington Post columnist Jamal Khashoggi.

But rising gas prices and red-hot levels of inflation forced the president to abandon a campaign pledge to treat bin-Salman as a “pariah.”

“I’m doing everything I can to increase supplies to the United States, which I hope to do,” Biden said on Friday.

“Saudis share that urgency. And based on our discussions today, I look forward to taking more steps in the coming weeks.”

While gas prices across the country hit record highs a month ago, they have fallen steadily in recent weeks due to a slump in demand on fears of a recession.

According to AAA, the average price for a gallon of regular unleaded fuel in the US was $4.52 on Monday — up from $4.99 a gallon a month ago.

The current OPEC+ agreement expires in September, potentially opening the door for higher output thereafter, though questions remain as to how much spare capacity the Saudis have.

“We hear from our partners and friends around the world, especially in consumer countries,” Prince Faisal told reporters.

“But at the end of the day, OPEC+ follows market conditions and will supply energy as needed.”

Swedish Riksbank holds course, no rush to get out of epidemic policy