A leader at Harborview Medical Center said Thursday that Omicron has officially become the dominant coronavirus variant in King County and western Washington – and will soon overtake the Delta version in the rest of the state.

Dr. John Lynch, Harborview’s medical director for infection prevention and control, said in a statement that the highly permeable variant will likely overtake Delta in “days to weeks” as health officials and scientists across the country are concerned.

“I know it’s tough for everyone,” Lynch said. “As someone who is dealing with it, as someone who sees patients with it, who has been working very hard for two years to prevent new cases – if that happened to me, I would stay home if my antigen test was positive.”

Despite the rapid spread of Omicron, healthy people who have been fully vaccinated and who have received a booster shot should “expect most cold-like symptoms,” Lynch said.

Still, some Washington state hospitals are already seeing signs that COVID-19 hospitals are “in the middle of a boom” again. But the crush they are concerned may not yet hit at large, hospital leaders said at a news briefing on Thursday.

According to the county’s COVID-19 dashboard, as of Thursday, King County had an average of 778 daily infections, a 169% increase over the previous week over the past seven days. The dashboard reported that hospitalizations have also increased by 2% in the past one week.

King County saw a one-day increase of 2,879 new coronavirus cases on Thursday, and cases across the state nearly doubled from the previous day, with 4,154 new cases reported by the state health department on Thursday.

Statewide COVID data has been incomplete for the past week, although the average seven-day hospitalization rate has remained fairly consistent since early December. The seven-day average infection rate rose from 112.5 cases per 100,000 people to 116.8 cases per 100,000 between December 4 and December 13, according to DOH data.

Hospital leaders said Thursday that the statewide epidemiological curve, however, does not capture all recent trends in specific areas of Washington.

More on the COVID-19 Pandemic

South King and Pierce counties, for example, currently stand out for a recent increase in COVID hospitalizations, said Mark Taylor, a registered nurse and director of operations for the Washington Medical Coordinating Center — a center located at Harborview Medical Center that Balances the placement of COVID. Patients requiring acute hospital care throughout the region.

Taylor said part of the recent increase can be attributed to the delta increase or the result of the Thanksgiving get-together.

He added, however, that the increase could also be “the beginning of an impact from a brand new version.”

Preliminary reports suggest that the disease caused by Omicron may be milder than the delta variant, and the Institute for Health Metrics and Evaluation at the University of Washington predicted this week that the infection-hospitalization rate for Omicron could be 90%. 96% less than Rate for the delta version.

The institute also estimated that over the next two months, 60% of the U.S. population is “likely to be infected with omicrons”—meaning that overwhelming numbers of infections will still overwhelm already overburdened hospitals, a Washington State Hospital executive said. The vice president, Taya, can overwhelm Briley. association, said on Thursday.

State hospital unions and health care workers unions have been warning the public about long-term staffing and capacity issues for months. Briley echoed those same concerns Thursday in a petition for the public to be smart this winter. She also reminded residents that because the Omicron version is highly permeable, hospital leaders are concerned about how it could affect staffing.

“Even if employees don’t get super-sick from Omicron, it’s still going to affect their ability to go to work because they need to isolate themselves,” Briley said.

“We continue to see people waiting until they have an emergency to seek care,” he said, advising people to reach primary care physicians and nurse support lines early.

The primary pressure on the state’s health care is patients who do not need acute care but are stuck in hospitals because of staff shortages in long-term care facilities.

Unless these patients can be moved to a non-hospital setting immediately, Briley said providers aren’t sure they can provide care to everyone who needs it during a big spike in COVID hospitalizations. .

“Over these past months, we have shared our ability to successfully manage COVID-19 spikes and care for all those who need it,” she said. “We’re feeling differently about it today.” 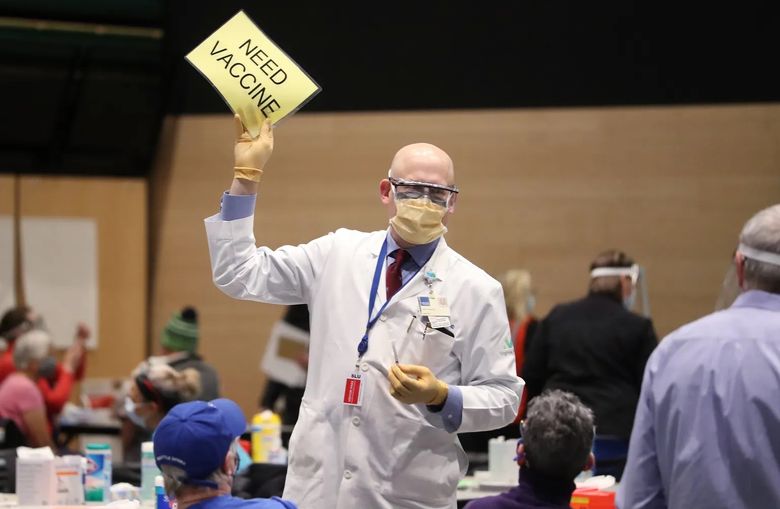