On the tip! Deportivo Municipal beat Carlos A. Mannucci 1-0 for date 9 of League 1 Betsson 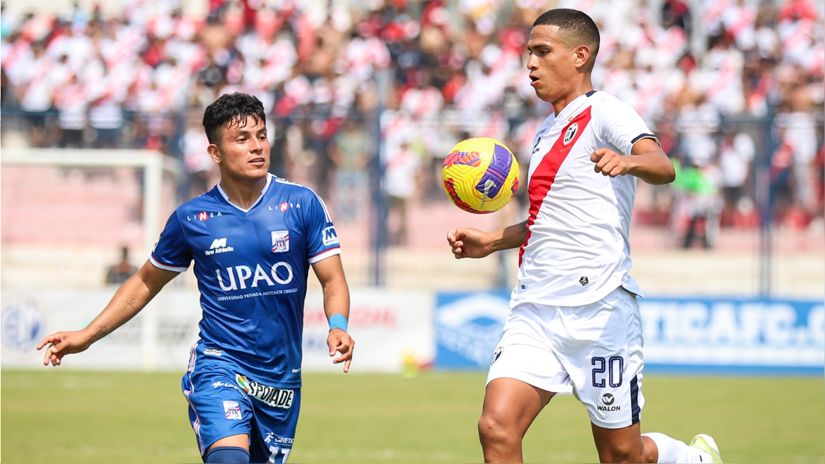 This Saturday Deportivo Municipal beat Carlos A. Mannucci 1-0 for date 9 of the Betsson League 1 at the Iván Elías Moreno stadium in a match in which two different game proposals were given.

On his side, the mayor team came out to play through the preparation, while Carlos A. Mannucci appealed to the counterattack and the long ball. Although both had clear opportunities against the rival goal, the goal did not come until almost the end of the first half when Kevin Peña appeared to score a great goal.

The goal came in the 37th minute of the match after a good offensive play between Piero Ratto towards Jorge Bazán, who left the ball with a back pass to Kevin Peña, who did not hesitate to hit him from long distance from outside the area towards its right angle. On his part, Manuel Heredia, goalkeeper for the ‘Carlista’ team, tried to save him but the ball was quite high and he couldn’t do anything to avoid the first ‘edile’ goal.

In the second half, Carlos A. Mannucci had more offensive chances and Municipal was able to do a good defensive job, so Diego Melián became one of the figures in the second half. Finally, the councilors were able to add three to the Iván Elías Moreno stadium and, at the moment, they are leaders in the standings with 20 points in 9 dates of Phase 1 of the Betsson 1 League 2022.

Municipal vs. Carlos A. Mannucci: lineups confirmed today by Liga 1

Municipal Sports matched on the previous date 2-2 against Alianza Atlético in Sullana, with a late goal by Alexis Rodríguez. This result left the councilors in second place, just one point behind the Binational leader.

Those led by Hernan Lisi They have the opportunity to continue fighting for League 1 and will take advantage of their hometown in Villa El Salvador, where they are undefeated after four presentations: they defeated Ayacucho FC, Binacional, Universitario and tied with Atlético Grau. For this date I could not count on Franco Medina and Erinson Ramírez, both suspended.

Municipal vs. Carlos A. Mannucci: schedules in the world

While, Carlos A. Mannucci, has been showing a better performance in the local tournament after a bad start with losses in the first four dates. After that, the ‘Carlistas’ beat Carlos Stein and San Martín and on the recent day drew goalless with César Vallejo in the Trujillo derby.

Now those led by Mario Saralegui they set their sights on one of the most consistent teams in the competition. For this commitment, the Ecuadorian John Narváez He is suspended and who would take his place on the right side would be Saúl Salas, a former member of Municipal.

When and what time do Municipal vs. play? Carlos A. Mannucci?

Municipal vs. Carlos A. Mannucci will collide in a vibrant match this Saturday, April 9. The contest between both teams is agreed at 1:15 pm (Peruvian time). The match will take place at the Iván Elías Moreno Stadium in Villa El Salvador.

Where and how to watch LIVE the Municipal vs. Carlos A. Mannucci?

The match LIVE will be broadcast by GOLPERU (Movistar 17 and 714). All the details of the commitment can be found on the RPP.pe website.

Municipal vs. Carlos A. Mannucci: possible line-ups for League 1

The COVID-19 pandemic has claimed the lives of 211,000 Peruvians and today the numbers of infections and deaths show an encouraging downward trend. Even so, it is difficult to forget what regions like Lambayeque, Loreto and Ica went through, hard hit by the virus.