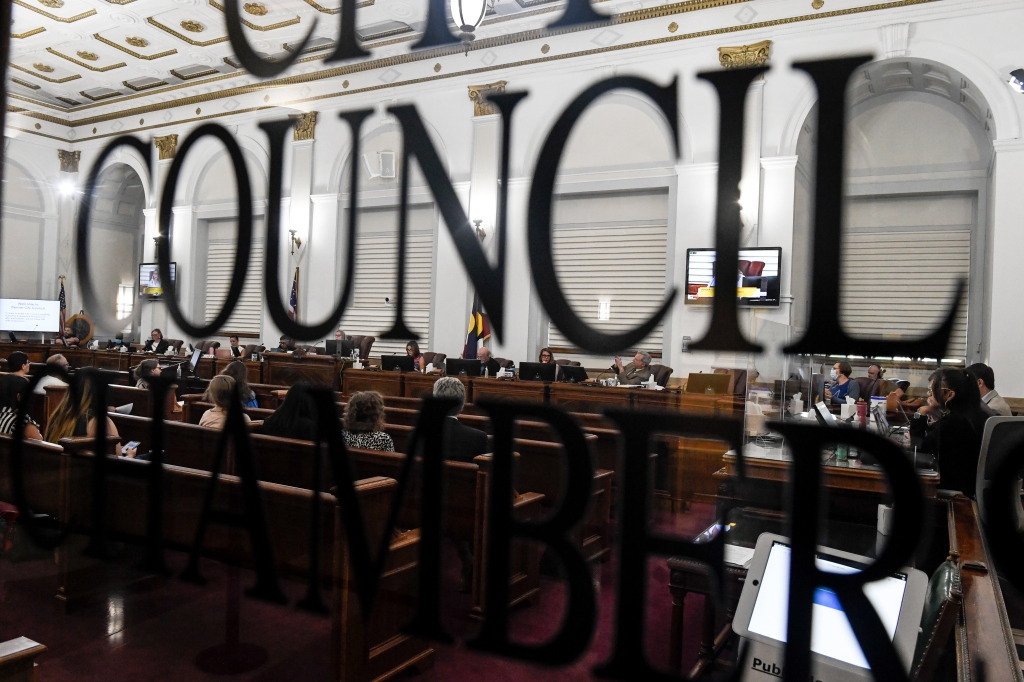 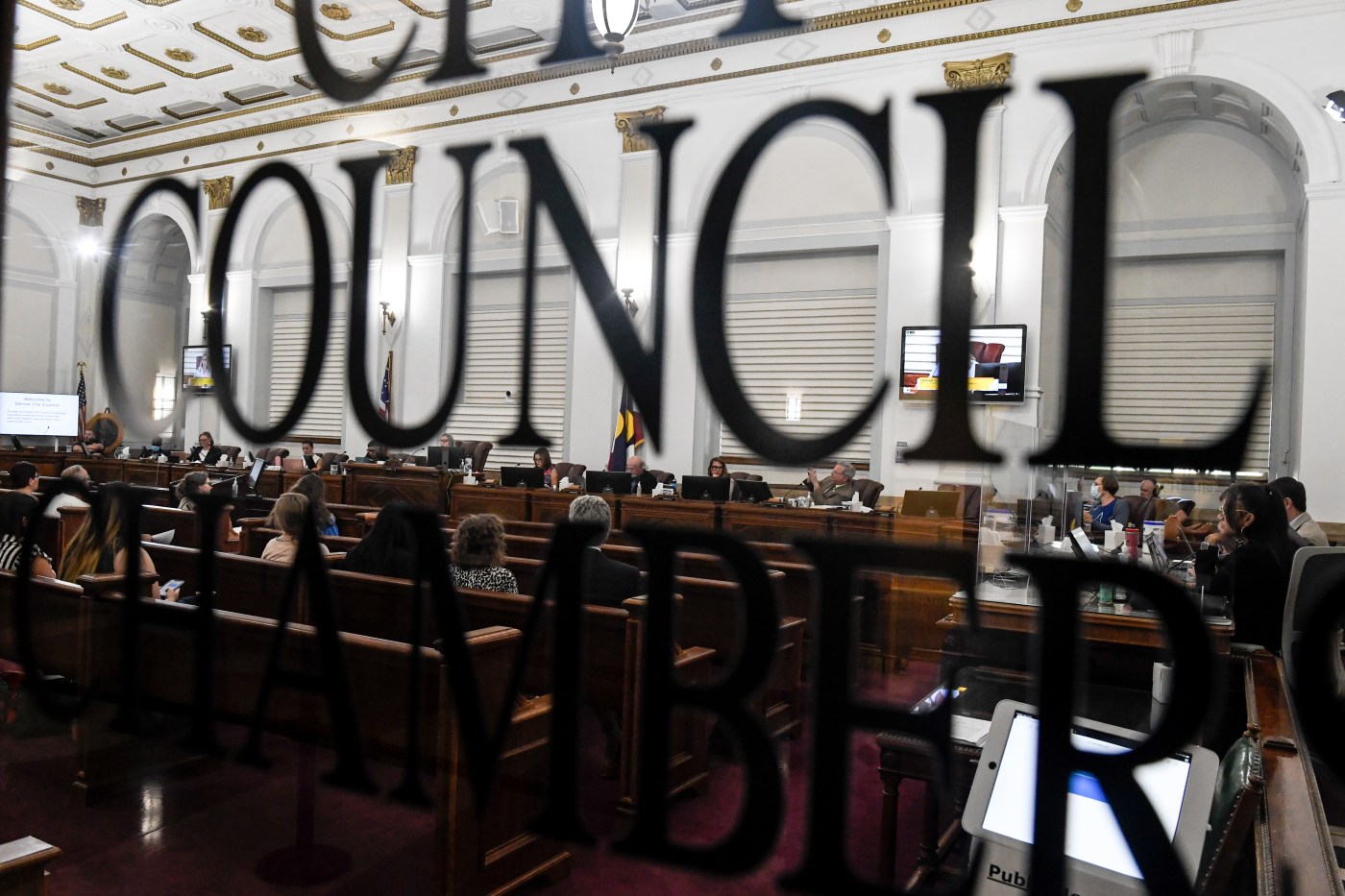 Monday’s Denver city council meeting was delayed by nearly an hour after opponents of the city’s nearly 10-year-old urban camp ban refused to leave the stage in council rooms at the end of the scheduled public comment period.

The group, with more supporters on the street outside the city and county building, about two dozen people in the chamber called on the council to end the camping ban and do more to provide housing for those living on the street.

The group referred to the ordinance while wearing shirts that read “Denver’s Decade of Doom”, which resulted in the regular cleaning of homeless camps around the city, banning existence.

“You’re subsidizing businesses, you’re not helping the homeless,” Robert Chase said Monday during a half-hour public comment session set to go ahead with the council’s scheduled 5:30 p.m. meeting. had gone.

Chase urged the council to withdraw money from the Colorado Coalition for the Homeless and other agencies that the city contracts to provide services to people experiencing homelessness and use that money to oversee housing and be funded by the city itself. to administer.

Council President Stacey Gilmore allowed the public comment period to go beyond its normal end time so that Chase could speak but when the group refused to leave the stage, Gilmore called for a recess.

The council was on leave for about an hour while the advocates were in the chamber. Many of the people in the room either previously or are currently experiencing homelessness.

The group then discussed an informal strategy on how to undo the camping ban and achieve their housing goals. District 9 councilwoman Kandy Sedibaka was the only council member who remained on stage while the group talked.

Brian Loma, a longtime vocal opponent of the camping ban, live-streamed Monday’s chamber takeover on his YouTube channel. He talked about the lack of public toilets and drinking fountains for non-domestic people in Denver.

“You can’t get water unless you have money,” said Loma. “You can’t use the bathroom until you pay.”

Chase told the group that the camping ban is unlikely to be repealed. Advocates tried on the ballot in 2019 with Initiative 300, a measure that failed by a margin of more than 4-1. He argued that the city needed to be pushed to do more to provide housing to the people.

Cidbaka urged the group to work on electing people who would represent their interests, noting that all 13 council seats and the mayor’s office are up for election next spring.

After the public comment period ended, the councilwoman led the group to a round of applause for the Denver Sheriff’s Department duties for allowing people to stay and talk.

“What I would say is that tonight you guys can not only talk to me but talk to each other and build up the power,” Cidbaka said. “That’s what strength building is always about.”

Jerry Burton, who was at the center of an effort to repeal the ballot box camping ban in 2019, suggested the group become a fixture in future public comment sessions.

“We’re going to be very disruptive in a very respectable way,” Burton said.

After the council’s reorganization, Gilmore said fairness in the democratic process sometimes required deadlines so that everyone could have their say. He noted that three reelection hearings and an announcement honoring the memory of former Denver councilman Bill Himmelman were on the agenda following the public comment.

“We have to make sure we hear from everyone equally during our essential meeting,” she said.

Outside the City and County Building on Bannock Street, those occupying the chamber joined supporters who provided food, clothing and toiletries to those in need.

It was the second day in a week of programming surrounding the 10-year anniversary of the camping ban, which was passed by a council vote on May 14, 2012. The culmination of the program is scheduled to begin in front of the rally and march. City and County Buildings at 10 a.m. Saturday. These events are being organized by a coalition of groups that include Housekeys Action Network Denver, Occupy Denver and Headwaters Protectors.