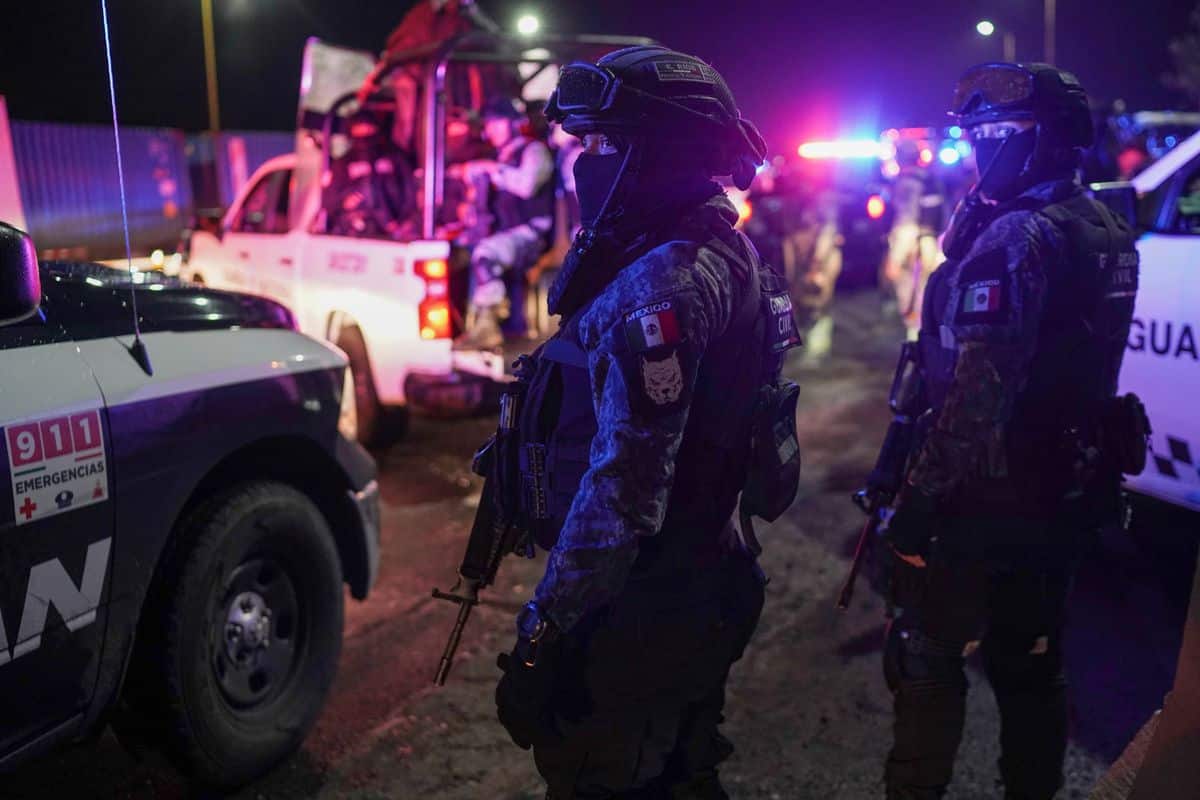 The avocados were left in trucks in Michoacan. Factory workers could not go to work in Chihuahua. Businesses closed in Baja California. The economic impact of the terror and violence unleashed by organized crime late last week in various parts of Mexico has yet to be calculated, but the private sector is under pressure.

When armed groups seized highways in Michoacán state, near the agricultural town of Uruapan, last Friday, the US embassy ordered its inspectors to stay in their offices to stay safe, said Juan Carlos Anaya, director of Grupo Consultor of Agriculture Markets. (GHMA). This prevented the sale of avocados and other agricultural exports to the neighboring country.

“This time we do not see more damage, at least not in exports,” says Anaya, “but every day there is a growing uncertainty in the country in the face of these events that organized crime is surpassing the measures that are being taken in countries,” – adds a specialist. In 2020, Mexico exported over a million tons of avocados to the US, accounting for 90% of the country’s total fruit imports.

“The authorities must take serious measures so that this situation does not affect the economy and the people who work, who depend on production,” says Anaya. On Sunday, with the roads cleared, inspections resumed, and with them fruit exports to the US. This is the second incident in the avocado market in less than a year. Last February, the Biden government suspended imports for a week after an inspector stationed in Michoacán received threats.

The cities of Jalisco, Guanajuato, Chihuahua and Baja California have also been hit by violence in the last week, including car and truck burning, vehicle paralysis by armed groups and even indiscriminate attacks on the population that, in the case of Ciudad Juarez, left 11 dead. In the border town, local media reported that factories, many of which are owned by foreign companies, were operating with fewer staff during the days of violence as companies decided to paralyze the transport that brings workers to work.

In Tijuana, Baja California, an important commercial center of the country, the streets were empty last week due to a wave of violence. Restaurants, businesses and even maquiladoras are closed, says Gilberto Leyva, former president of the local Kanako Chamber of Commerce. “We don’t have numbers yet, but I can tell you that the impact has been quite severe,” says Leiva. “Several businesses that have reopened have done so with great care. In 60 years of living in this city, I have never seen anything like it. The city looked lonely,” he adds.

The city’s mayor, Montserrat Caballero, urged organized crime to act only against those who have not paid “their bills” and not against the general public. Although later the mayor tried to qualify her statements, many understood that she meant extortion of bills, collection of apartments. “It’s more worrying when a government spokesperson, like the president of Tijuana’s municipality, says they have to pay, and that can be an added factor to all the inflationary increases that drive up spending,” says Anaya of the GCMA.

Insecurity is estimated to cost the country the equivalent of 1% of its gross domestic product (GDP), José Medina Mora, president of the Confederation of Employers of the Mexican Republic (Coparmex), said at a virtual press conference on Monday. “This means a very high price for the Mexican economy, which is reflected in the fact that for the vast majority of Mexicans there is no investment or jobs,” laments Medina Mora.

The organization also called on the government for an “effective security strategy”. “There is an urgent need to stop the violence, the current situation is unsustainable, and the lack of an effective strategy to deal with instability, combined with the indifference of various levels of government, have created fertile ground, so that at the moment a six-year period, more than 130,000 intentional murders have been committed, 10 murders of women a day and in the last eight months alone, the killing of 13 journalists,” notes Coparmex.

The country’s main employers, the Business Coordinating Council (CCE) and the maquiladora association, Index, have separately expressed their concern about the situation, which could deter investment, halt production and increase companies’ costs. “The National Index calls for guaranteeing the public and property safety of all Mexican families, as well as companies and corporations in Mexico, as a priority of national interest, so that the recent uncertainty does not affect logistics supply chains. United States,” the association said in a statement.

Just a week ago, a text by American economics and finance specialist Noah Smith went viral among economists, scientists and businessmen in Mexico. In his essay, the country is called a “mystery” because it has all the conditions to be a thriving market with high growth rates, but it lags behind its competitors by decades.

“Reducing violence has a better chance of boosting Mexico’s economic growth,” writes Smith, a PhD in economics from the University of Michigan. “Countries at war always suffer economically, and the violence in Mexico is so intense that it is often perceived as a real war. A safe environment is simply a prerequisite for investment and growth of companies. If I were the Mexican leader, that would be my main task,” he explains. “Meanwhile, the case of Mexico is a mystery and an anomaly to the prevailing theories of development,” says Smith.