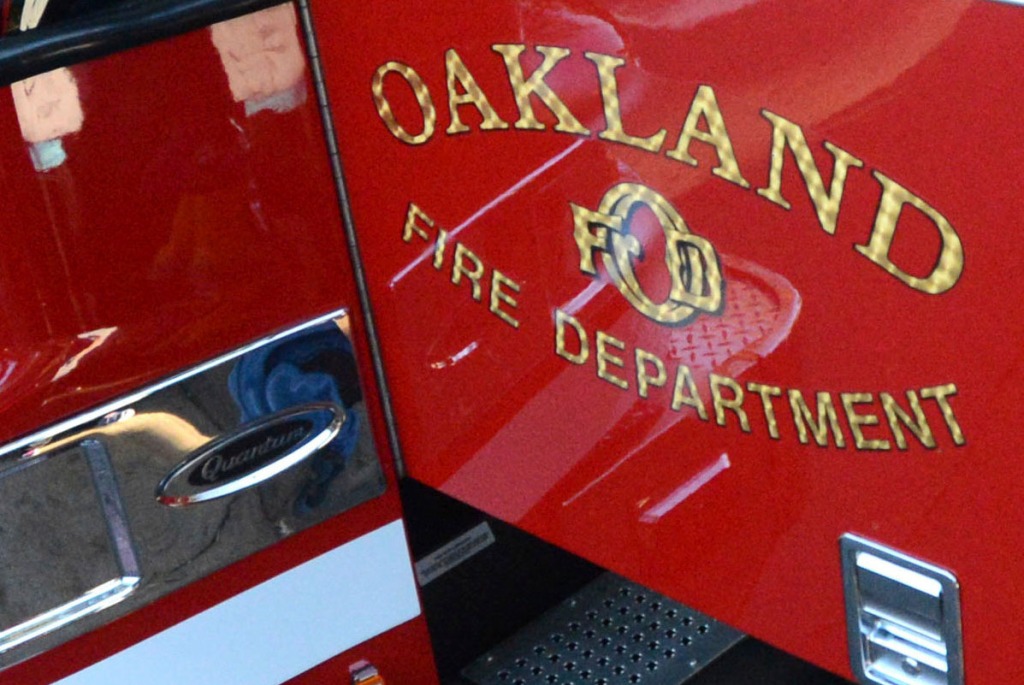 An overnight fire engulfed 2.5 acres of grass and trees near Oakland’s Sheffield Village neighborhood before firefighters brought it under control on Sunday morning.

The fire broke out shortly before 10:15 p.m. Saturday near Covington Street and Marlow Drive and quickly spread to a steep area near the neighborhood east of Interstate 580. Oakland firefighters responded to the scene with the help of the East Bay Regional Park District. According to Oakland Fire Department spokesman Michael Hunt, the Alameda County Fire Department and Cal Fire.

The fire burned an area directly north of the neighborhood, with homes on Marlow Drive most at risk. However, it did not come close enough to prompt evacuation, Hunt said, and the crew managed to stop its spread before reaching the Dunsmuir Hellman Historic Estate.

The firefighters brought the fire under control after about two and a half hours of effort. No structure was affected.

4Alarm Fire is now under control (a/o 1240 AM): No house affected; No evacuation was needed; There were no injuries to civilians or firefighters. The incident commander (B3) is starting to free up some mutual aid resources from the incident. The area will be on fire watch from morning. pic.twitter.com/eQnr3Q5qbv

The cause of the fire is being investigated.

“The conditions remain extremely dangerous with dry vegetation,” Hunt said. “We were lucky last night that there was very little wind.”

“It was a positive outcome for something that could have been much worse,” he said.

Firefighters are expected to be on site Sunday for hot-spots and flareups.

Hunt said the ongoing, historic drought affecting the Bay Area and the rest of the state has left much of the vegetation at risk of drought and fire from San Leandro to the Caldecott Tunnel tinder in the Oakland Hills. He warned residents to be alert and always ready to evacuate at a moment’s notice.

“People should be prepared to evacuate if a fire breaks out in their neighborhood,” Hunt said. “The thing to keep in mind is to always be prepared.”

Scott Stewart, a lawyer representing Mississippi, found himself at the center of the 2017 abortion controversy.