Own movie flop, Taapsee Pannu sad for SRK: Said – no film since 5 years… 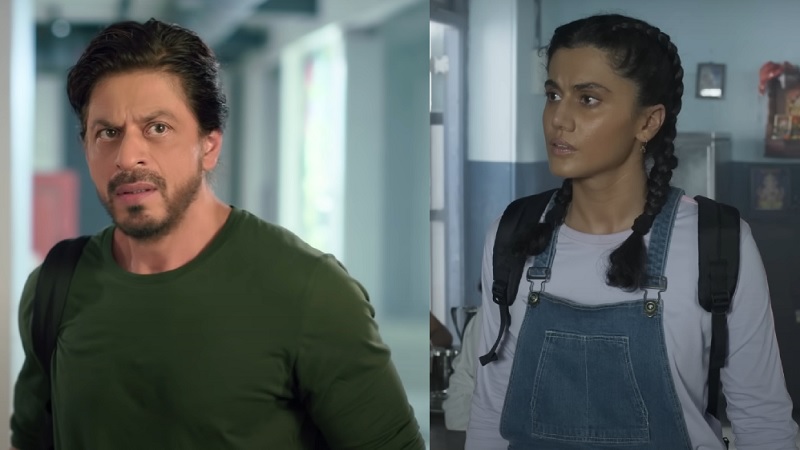 Bollywood actress Taapsee Pannu recently called Shah Rukh Khan a ‘superstar’ and said that his victory or defeat is personal, that is real stardom. In an interview, Taapsee said that Shah Rukh is the benchmark for every outsider who starts his journey in the Hindi film industry.

In an interview to entertainment website Pinkvilla, Taapsee said, “I have told her that she is the benchmark for everyone who is coming from outside the industry. I am not a superstar, but he is a superstar. When you work with a person or superstar like him, you realize what exactly the word stardom or star means. He hasn’t had a film for five years, but his one move creates a storm everywhere. Their victories and defeats are personal.”

At the same time, these days Taapsee Pannu is also in discussion about her film ‘Shabash Mithu’. The film is based on the ups and downs of Mithali Raj’s career, one of India’s most famous female cricketers, but the film has been rejected outright by the audience. Director Srijit Mukherjee’s film released on July 15, but so far the film has not been able to earn even Rs 2 crore at the box office. The opening collection of Shabaash Mithu was around Rs 40 lakh. On the second day, the film earned between Rs 60 to 65 lakhs. At the same time, on the third day, the film earned only 60 lakh rupees at the ticket window on Sunday (July 17, 2022). The film has so far earned only Rs 1.65 crores at the box office.

Let us tell you that Taapsee Pannu will be seen with Shah Rukh Khan for the first time in Rajkumar Hirani’s film ‘Dunky’. The film is jointly produced by Jio Studios, Red Chillies Entertainment and Rajkumar Hirani. The story of the film is written by Abhijat Joshi and Kanika Dhillon. ‘Dunky’ will hit the theaters on December 22 next year.