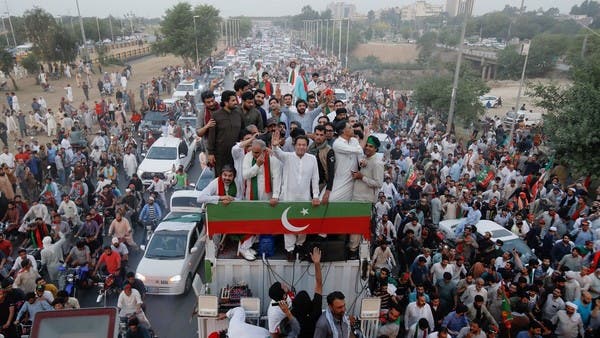 Pakistan’s most populous province of Punjab continues to vote for several by-elections on Sunday, a litmus test for Prime Minister Shahbaz Sharif’s government after Imran Khan was ousted in April after a protracted political battle. .

Khan’s Pakistan Tehreek-e-Insaf victory will give the former leader new impetus to pressure the government to hold an early election as he claims popular support for his grievances. The next election should be held by October 2023.

Former cricket star Khan has accused the ruling coalition made up of the Pakistan Muslim League-Nawaz and the People’s Party of Pakistan of colluding with the military establishment and the US, a charge he has denied.

The victory of the ruling coalition will give it an impetus to go ahead with unpopular reforms. The country last week secured a $1.2 billion loan from the International Monetary Fund to supplement its depleting foreign exchange reserves. The agreement will help in getting funds from other lenders.

“These by-elections are a test of popularity for Khan and Sharif’s government,” said Zafar Nawaz Jaspal, a professor at Quaid-e-Azam University in Islamabad. “This result will have a decisive impact on the date and the outcome of the next general election,” he said.

Punjab was under the control of the PTI party until April, when then chief minister Sardar Usman Buzdar resigned after the federal parliament took a no-confidence motion against Khan. The latter’s candidate for the post was defeated as a faction among the party’s state MPs voted for the PML-N candidate instead.

Khan then successfully petitioned the Election Commission of Pakistan to remove MPs from the state assembly for voting illegally against the party’s direction, leaving 20 seats vacant. It will be a close race as Sharif’s party currently has 165 seats while PTI has 163 seats. Sharif controls the assembly along with the members of the coalition.

The election battle comes as the South Asian country deals with the highest inflation in 13 years and foreign exchange reserves have shrunk to less than two months’ worth of import cover. Moody’s Investors Service downgraded Pakistan’s outlook to negative last month.

Since coming to power, Sharif has made unpopular decisions with the IMF to revive his bailout program, raising energy prices and taxes as well as reducing spending, helping the country avoid a Sri Lanka-like situation. Will get

His government got a boost last week with a drop in oil prices, allowing officials to lower fuel prices ahead of the vote. The move has been the focus of by-election campaigns for the ruling parties in Punjab.

The province is a political stronghold for Sharif, who has been its chief minister three times and has a keen interest in infrastructure projects. His son Hamza Shahbaz is the current Chief Minister of Punjab.

Khan has been holding rallies across Pakistan since his removal as prime minister and has drawn huge crowds. While campaigning for the by-elections, Khan warned of government plans to rig votes and saw the election as an opportunity to end dynastic family rule and the influence of America.