Saif Ali Khan’s son, Ibrahim Ali Khan and Shweta Tiwari’s daughter Palak Tiwari rocked the internet after they were spotted together outside a restaurant in Mumbai on Friday evening. This was the first time that Palak and Ibrahim were seen together.

While the two decided to step out of the restaurant separately, Palak was later clicked with Ibrahim in a car while hiding his face. At the same time, Ibrahim was looking comfortable and was also seen blushing at one place. Palak looked stylish in a matching maroon blouse top with denims and sneakers. Ibrahim looked very handsome in a brown jacket and jeans.

However, some dark red marks on Ibrahim’s neck caught the attention of people on the internet. One user commented, “Hickey, hickey, hickey.” Another wrote, “Guys, look at his neck.” 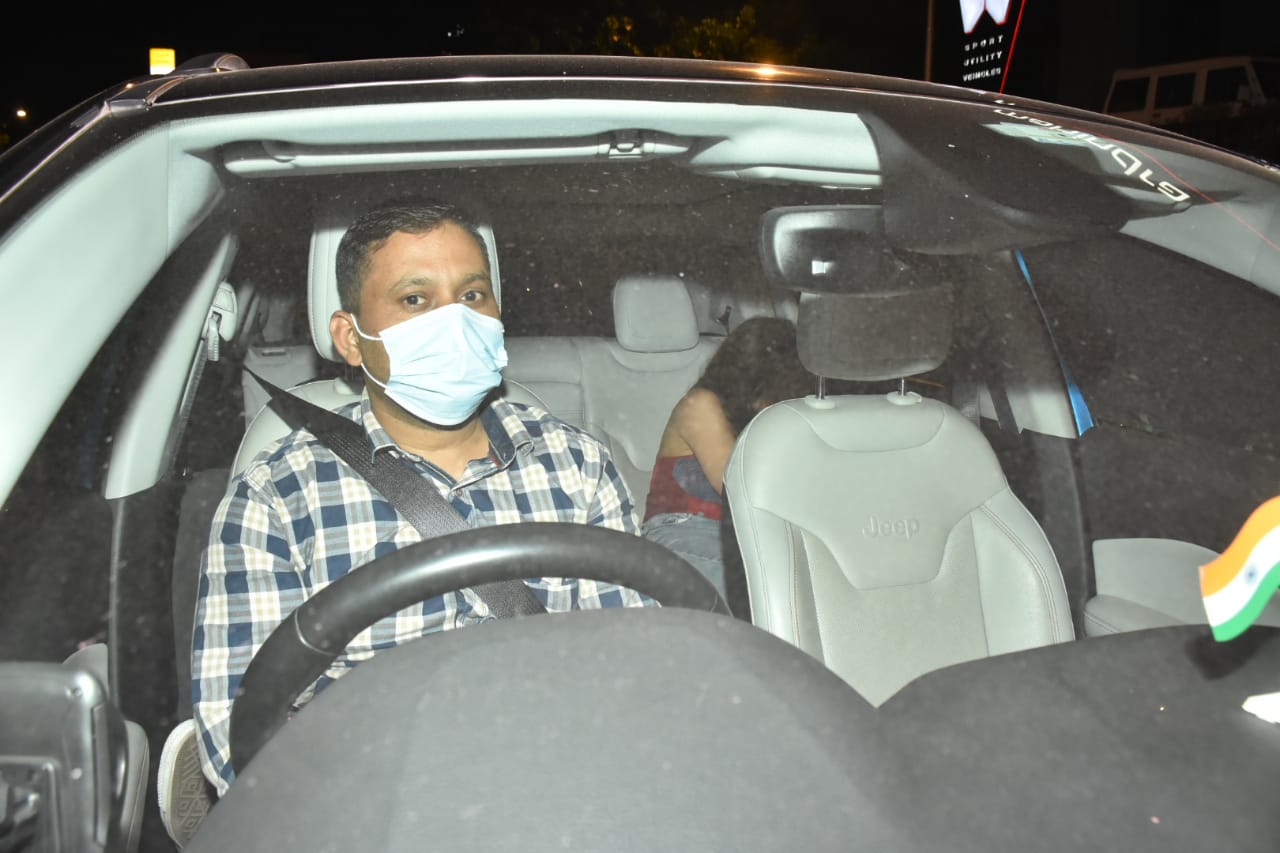 (All photos by Viral Bhayani)

Palak Tiwari became an overnight sensation after she appeared in Hardy Sandhu’s music video Bijli Bijli. Palak is awaiting the release of her debut film Rosie The Saffron Chapter, which is touted to be a horror-thriller. The film is based on the real-life story of the sudden disappearance of a woman named Rosie, an employee of a BPO company in Gurugram. The film went on floors in Pune in December 2020.