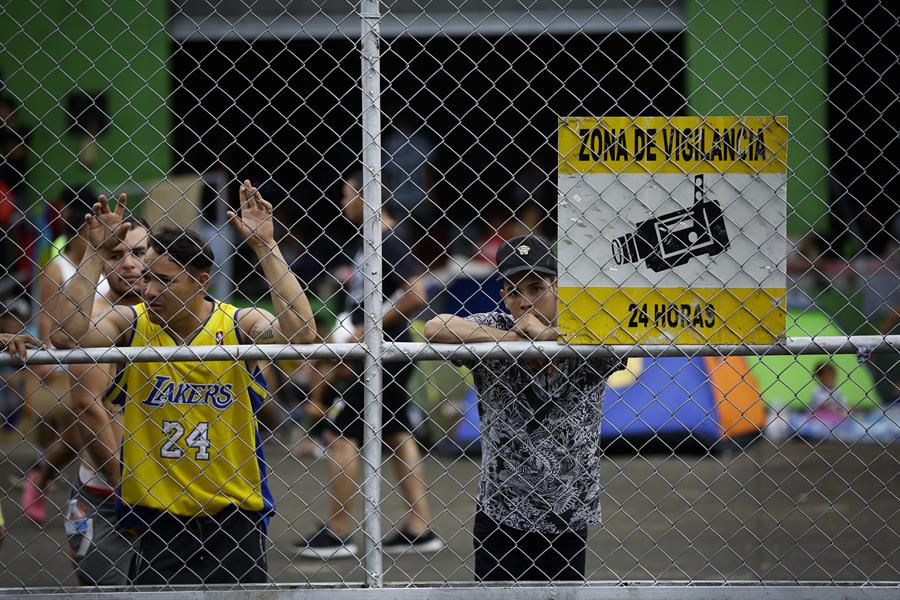 Panama this Friday reported a “significant reduction in the flow of irregular migrants, mainly Venezuelans” who arrive in the country through the Darien jungle, the border with Colombia, through which 208,866 people have entered so far this year. Well done, an unprecedented figure.

“In the last three days they have entered through irregular route only 2,292 people, 624 of whom are Venezuelan citizensWhich indicates a significant reduction in this type of migration,” the Ministry of Public Security (MinSeaG) said in a statement, citing data from the National Migration Service (SNM).

There were unprecedented peaks in migrant flows last October, with between “3,000 and 4,000” undocumented migrants entering per day, the vast majority of Venezuelans, explained Oriel Ortega, the head of the National Border Service (Cenafront), last Tuesday.

But this Thursday “477 irregular migrants entered, 54 of whom are from Venezuela, indicating a substantial decline,” the official letter indicated.

The fall in the figure comes when the United States government announced a rule on October 12 that indicates that every Venezuelan who enters that country, randomly crossing the border between Mexico and Panama, is considered Mexican. will be expelled from the area.

In addition, those expelled will be excluded from the program through which the United States will grant legal status to the 24,000 Venezuelans who arrive with airplanes and sponsors for two years.

“So far in 2022, a record number of 208,866 people have entered the country through the forest”, with a little more than two months left for the year to end. Of that amount, 148,052 are of Venezuelan nationality.”

Read more: 7 steps to follow for Venezuela if US approves strike sponsor

In October, “57,304 people who entered the flow of irregular migrants were counted, of whom 40,360 are Venezuelans,” Minsegue specified.

The dangerous Darien wilderness has for decades been an irregular migratory route used by people around the world who travel to the United States despite serious threats due to its wild environment and the presence of organized crime groups.

The region has faced several migrant crises: Cubans between 2015 and 2016; Haitians in 2021 and Venezuelans in 2022, all fleeing the crisis in their countries and with the intention of reaching America,

Panama has set up migrant reception stations (ERMs) on its borders with Colombia (south) and Costa Rica (north), where it takes irregular travelers to collect their biometric data and provide them with health and food services, a An operation that has consumed more than 50 million dollars since 2020 according to official figures.

how many are left

After being forced to abandon the “American dream” due to new US regulations, irregular Venezuelan expatriates are arriving at a temporary shelter at the Venezuelan embassy in the capital of Panama to manage their voluntary return to their country.