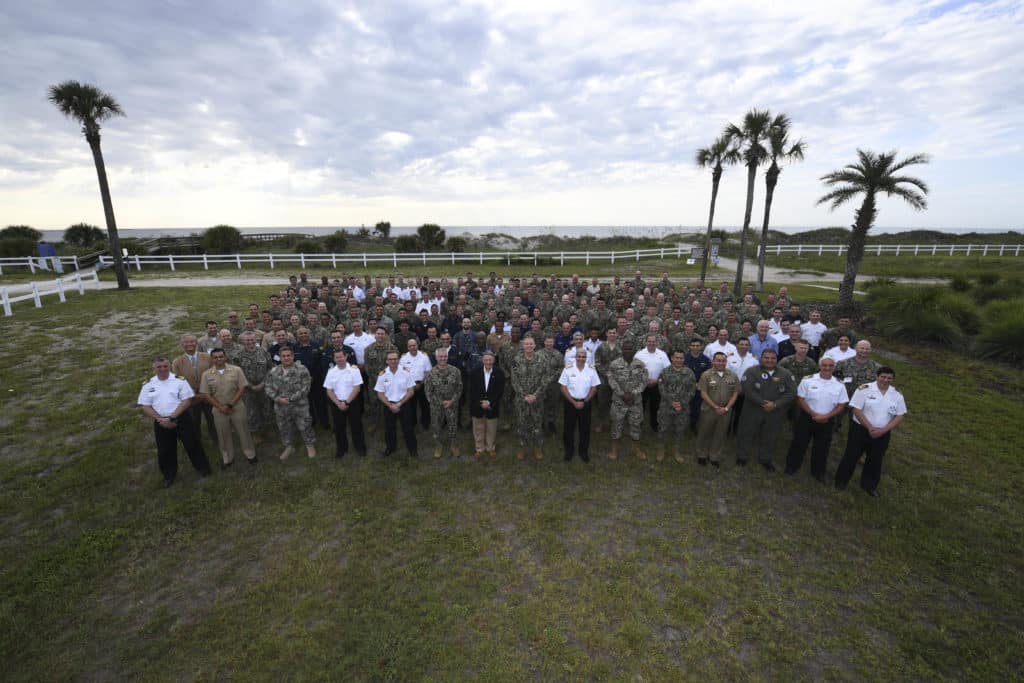 Exercise PANAMAX 2022 is a US Southern Command (SOUTHCOM) sponsored exercise that provides vital training opportunities for nations to work together and develop their ability to plan and conduct complex multinational operations. The exercise scenario includes security and stability operations to ensure the free flow of trade through the Panama Canal.

About 300 sailors, naval and public security forces will form part of the CFMCC staff under the direction of Rear Admiral Marcelo Fernández of the Argentine Navy, who serves as Commander of the Atlantic Naval Area.

“Panamax demonstrates our ability to ensure regional security and stability through multinational maritime operations in support of the Panama Canal,” said Rear Adm. Fernandez. “I look forward to the opportunity to work closely with the United States and our other allies during this important exercise.”

Under the scenario of the exercise, a multinational force has been formed to execute a resolution of the Security Council of the United Nations Organization, which calls for the defense of the Panama Canal. The force includes air, land and special forces components in addition to the maritime component, which will plan and conduct simulated operations in the canal and its surrounding waters in the eastern Pacific Ocean and the Caribbean Sea.

There are no living powers in this year’s PANAMAX. Instead, component personnel will operate in a computer-assisted scenario in support of Multinational Forces South (MNFS) Commander Major General William Thigpen, ARSOUTH Commanding General.

For the fifth time in a row, the commanders of the air, land and sea components of the Panamax exercise are flag officers and generals of the participating countries.

“Panamax provides an important opportunity to build on the long-standing relationships with our partners,” said USNAVSO Deputy Reserve Commander and CFMCC Deputy Commander Rear Admiral Doug Sasse. “It also serves as an invaluable platform for multinational forces to enhance their capabilities, improve interoperability and strengthen partnerships.”

Police were ‘ready’ to arrest Will Smith, but Chris Rock said no

The coalition is demanding more than $ 5 million in real estate sales tax to fund homeless housing in Los Angeles.

A’s offseason game in the loss to the Houston Astros