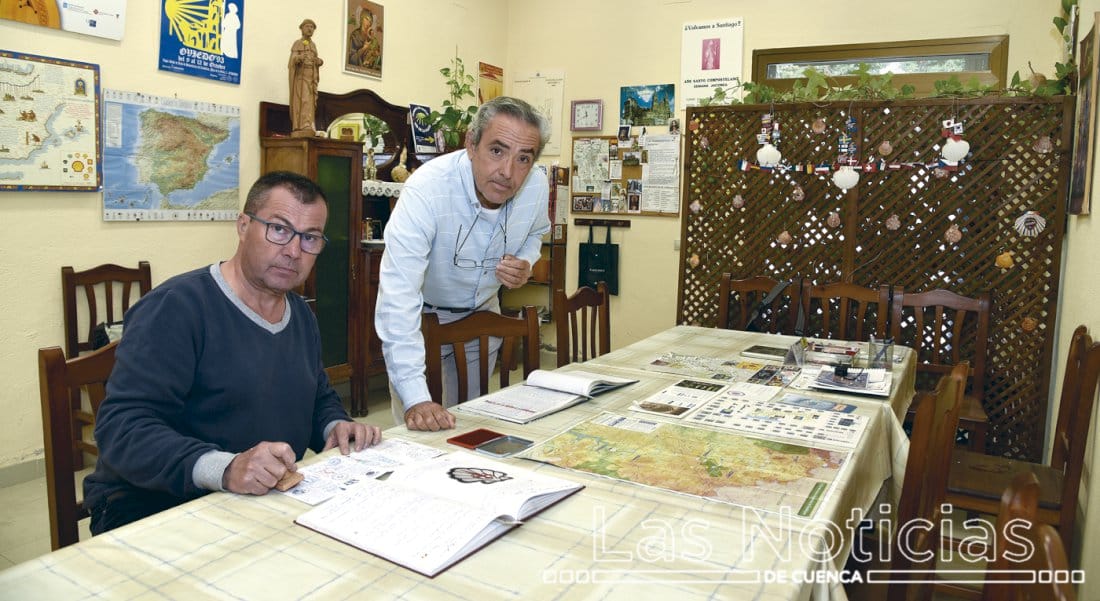 The Covid-19 pandemic, although it seems unlikely, continues to affect the development of some activities and the completion of the Camino de Santiago is one of them. And that is, since the Corona virus came into our lives in 2020, the Association of Friends of the Camino de Santiago de Cuenca has seen how in the last two years the number of people who spend the night in the Casa del Peregrino in the capital Cuenca has decreased Has come

This is reflected in the numbers, as in 2019 there were 140 people who chose this free resource to rest one night and continue the route the next day. However, so far this year there have been 76, representing a drop of more than 45 percent, the association’s president, Miguel Angel Rodríguez Ortega, told Las Noticias de Cuenca.

Of the 76 pilgrims staying this year, 60 were men and 16 were women. In addition, the majority arrive in Cuenca in April and May because “they are the months in which there is more daylight, it is not too hot and pilgrims can make the most of the day and walk many kilometers,” says Rodríguez Ortega. Huh.

Also, as a curiosity, 36 of the hosts are foreigners and have come to Cuenca from countries such as Italy, Germany, France, the Netherlands, Belgium, Australia, England, Ireland, Sweden, the Czech Republic, Slovenia, Paraguay and the Netherlands. Puerto Rico. On the other hand, at the national level, they came from the Valencian Community, other parts of our region, Castilla y León, Madrid, Catalonia, Murcia, Aragón, Extremadura, Asturias, Andalusia and the Balearic Islands.

As far as the profile of the pilgrims goes, generally those between 50 and 60 make the most stops in Cuenca, although they are all between the ages of 18 and 75. In this line, it is important to note where the Camino de Santiago begins and that most of them start it in Alicante and Valencia, although there are also many people from different parts of the province of Cuenca who manage to complete more than 800 kilometers. Let’s dare The walkway that separates the Cathedral of Santiago from that of Cuenca.

Pilgrims who stop in the Cuenca capital are between the ages of 18 and 75 and mainly choose the months of April and May.

However, the work of the association goes beyond opening the pilgrim’s house to all who request it, but also giving credentials, with each completed step being sealed to justify passage through each of the requested points. has been done. This activity is carried out every Wednesday from 6 to 8 pm at the Hospital de Santiago in the capital of Cuenca. In total, this year they have issued 567 certificates to people from Cuenca interested in doing the Camino.

Its tasks also include maintaining cleanliness in the different rooms of the Casa del Peregrino. Also, they take care of the electricity and water bills as the space has multiple beds, bathrooms and a small kitchen with dining room.

And last but not least, it is also in charge of maintaining the signaling of the Camino de la Llana, the most famous in the province. In their case, with the color yellow they paint different yellow arrows throughout the province to indicate to the pilgrim where they should walk. A maintenance job they do every two years and finance on their own.

To carry out all these tasks, the association is financed from its own funds as “the 58 members pay a fee of 20 euros per year”, although each pilgrim has the option of leaving a donation and as Miguel Angel explains, “What they leave us gives us to maintain the Casa del Peregrino. However, they are open to receive any economic contribution to make some improvements and to negotiate the transfer of the property with the Provincial Council of Cuenca waiting to update.

However, from the association they expect the normal inflow of pilgrims to recover in 2023 and even exceed the 140 that were common before the advent of Covid-19.

What roads pass through the province to get to Santiago?

There are 3 different routes to reach Santiago de Compostela in the province of Cuenca. With other possibilities routes that can be completed on foot or by bicycle.

The first and most famous is the Ruta de la Llana which begins in 1993 and starts from Paraquelos and reaches the province of Guadalajara, then the pilgrim has to move towards Burgos and there it joins the popular French Way. In this case, the pilgrim leaving Cuenca would walk a little more than 800 kilometers, according to Miguel Ángel Rodríguez Ortega, president of the Association of Friends of the Camino de Santiago de Cuenca.

The Camino del Sureste also begins in the province. From the area of ​​El Zankara, specifically San Clemente, pilgrims can start walking until they reach La Alberta de Zankara and Belmonte and later connect to Toledo and from there to Avila to Santiago. ends in A route that in this 2022 the Camino de Santiago, located in the city of Albarca, and the Association of Friends of Santa Cruz is promoted to make it even more known.

Finally, about 10 years ago the Camino de Uclès was built, which reaches Madrid. And it is that, the headquarters of the Order of Santiago was in the monastery of this city in Cuenca. In total, the pilgrim will have to cover 145 kilometers divided into 11 stages until they reach Madrid. Although the Camino de Ucles is not part of the network of Jacobean routes, it has a close connection with the Camino de Santiago. Its notation is, therefore, similar to that of the Jacobean way, but instead of scallops and yellow arrows, it has the emblem of the Order of Santiago and red arrows.

Out and About: Things to Do in Long Beach, South Bay Areas December 24-30

Franklin, Weinstein: The current state of COVID should invite hope, but not complacency