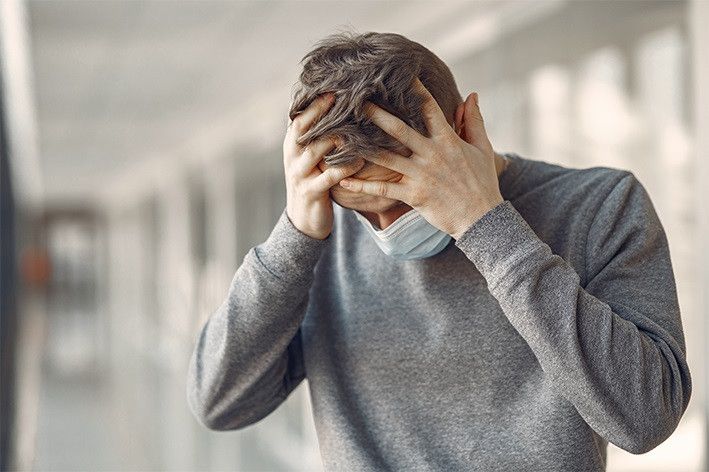 According to a study published in the European Respiratory Journal, blood samples from patients with persistent COVID-19, who are still suffering from fatigue and shortness of breath after a year, show signs of the autoimmune disease.

Autoimmune diseases occur when the immune system mistakenly attacks healthy parts of the body instead of protecting against disease. They are due to conditions such as rheumatoid arthritis and lupus.

Researchers say the finding provides clues about the nature of persistent COVID-19 that could ultimately lead to improvements in diagnosis and treatment of the disease.

The research, led by Manali Mukherjee from McMaster University in Ontario (Canada) and Professor Chris Carlston from the University of British Columbia in Vancouver (Canada), recruited 106 people who were diagnosed with COVID- 19 between August 2020 . September 2021 and who was under the supervision of three hospitals in Canada.

Researchers also included a group of 22 healthy volunteers and a group of 34 people who had experienced a respiratory infection unrelated to COVID-19 for comparison.

On three occasions (three, six and 12 months after recovery from infection), patients were asked whether they suffered from shortness of breath, cough or fatigue (persistent symptoms of COVID-19). The majority of patients were still participating in the study at six months (98 out of 106), while only 57 returned to participate at 12 months. Researchers say this may be because patients are recovering.

The participants also gave blood samples. The researchers analyzed the samples for certain antibodies. Antibodies are usually produced by the immune system to bind to potentially harmful bacteria or viruses, marking them for attack by other parts of the immune system.

In this case, the researchers looked for antibodies that target healthy cells and tissues in the body and are known to contribute to autoimmune diseases.

The researchers also found that two specific “autoantibodies” (called U1snRNP and SSb-La) as well as other proteins (called cytokines) that cause inflammation, increased by about 30% a year after infection. persisted in COVID-19 patients. , This used to occur in patients who suffered from fatigue and shortness of breath.

“In most patients in our study, even if they had autoantibodies soon after infection, these resolved by 12 months. However, in some patients, the autoantibodies persist, and these patients are more likely to suffer from autoantibodies ” symptoms and the need for medical help. These results point to the need for testing for signs of autoimmune disease in patients with symptoms of COVID-19 persistently for a year or more,” Mukherjee said.