Pedro Castillo attacks journalists: “You are paid to ask questions, you are not paid to answer!” 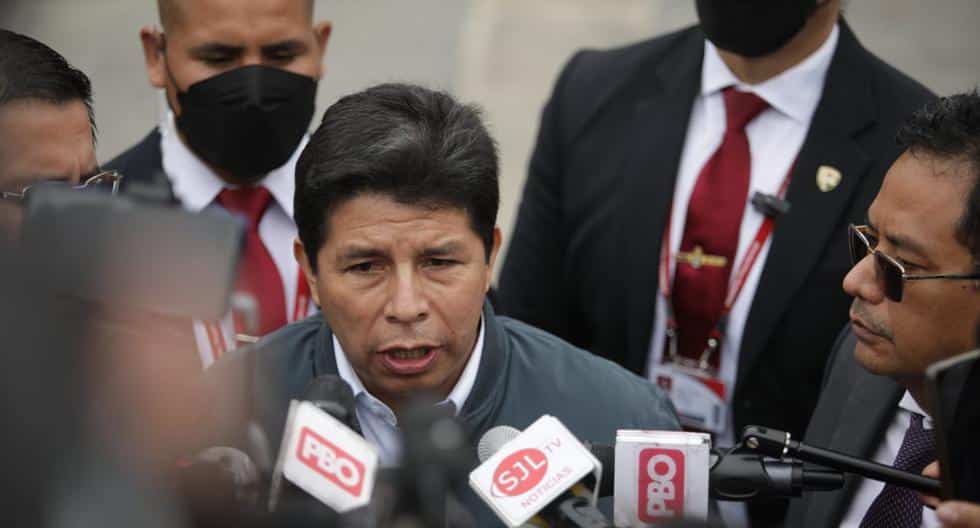 Intolerable, uncomfortable, annoying. the president looked like Peter Castle with journalistsDespite the fact that he himself stayed in the courtyard of the Government Palace to answer questions after attending the prosecution’s summons.

Frey Vasquez and Pedro Castillo on the Press

Even from the very first moment he repeated on more than one occasion: “I am not going to testify if the press itself is not ordered.”

The president became more confused after being asked about the whereabouts of his fugitive nephew, Frey Vasquez, and statements made before the prosecutor’s office by former Secretary General of the Government Palace, Bruno Pacheco.

Meera: Congress: It presides over commissions and elera . was in talks to replace

The President of the Republic Pedro Castillo attacked the press. “You get paid to ask,” he said.

Faced with frequent media questions about the allegations against him, Castillo accused him of believing he was part of a criminal network.

,A pyramid is built to make people believe, to put the Peruvians on their heads that Pedro Castillo has stolen and belongs to a criminal network“, He said.

“What a fool, what a fool, what Sutano is going to testify. I’m not going to lend myself to those matters because I’ve come here elected by the people. I have an agenda as the President of the Republic”He added.

#Live, The President of the Republic, Pedro Castillo, testifies before the press at the Government Palace. https://t.co/ZiBa57eNE9 pic.twitter.com/M2znRiU1jf

Millions in tax dollars flow to anti-abortion centers in US