Pedro Castillo remains in prison, accused of rebellion and without access to his lawyer. The former Peruvian president sent a handwritten letter to the Inter-American Commission on Human Rights condemning the “abuse and abuse”. 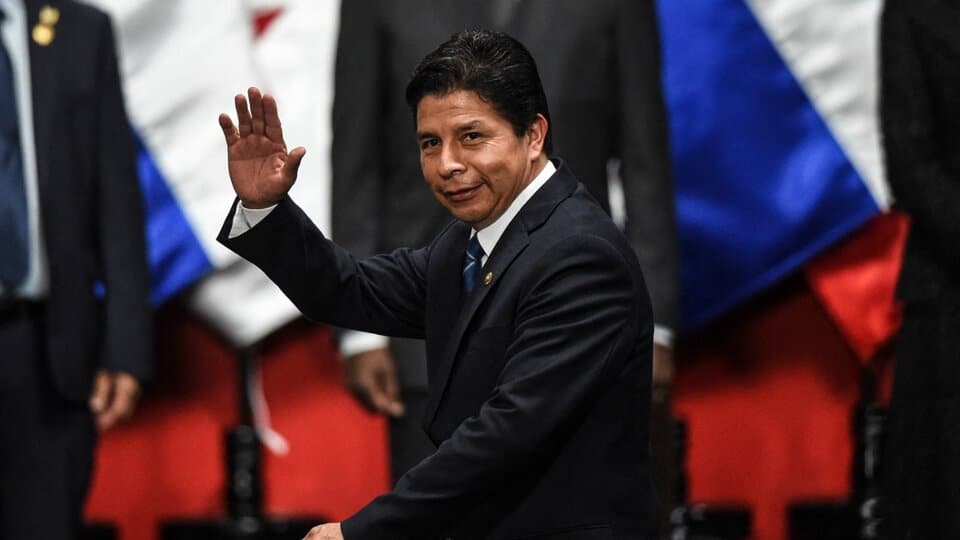 A week after his initial detention expired this Wednesday, former President Pedro Castillo is still in prison. This period was extended to 48 hours, something that the law allows, to keep him in custody until the prosecution’s request for preventive detention for 18 months is defined. It was supposed to be seen this Wednesday, before the period of preliminary custody expired, but the hearing was adjourned to this Thursday amid complaints of violations of due process. Prosecutors charged him with sedition and conspiracy for trying to unconstitutionally shut down Congress, an illegal and desperate action by a president besieged by a Congress that wanted him removed.

The prosecution also requests the preventive detention of Anibal Torres, the former head of Castillo’s ministerial cabinet, who held office until two weeks before the former president’s dismissal. He is accused of participating in an unsuccessful attempt to shut down the Legislature. Torres has gone into hiding. From prison, Castillo requested the intervention of the Inter-American Commission on Human Rights (IACHR) to defend his rights. This Wednesday two habeas corpus were filed for his release.

The request for protection from the IACHR so that their rights could be respected was made public in a handwritten letter by Castillo. “enough!” The former president began that letter. “The abuse, humiliation and abuse continues. Today they again put pressure on my liberty with 18 months of pre-trial detention. I ask the Inter-American Commission on Human Rights to intervene for my rights and those of my Peruvian brothers who demand justice. I hold judges and prosecutors responsible for everything that happens in the country. Millions of thanks to my compatriots for their love and support. Only people save people,” Castillo wrote.

In that letter, Castillo supports mobilizations that spread over a good part of the country, with greater force in the Andean regions. This is partly true. Although Castillo’s dismissal triggered social mobilization and there are sectors that support him and demand his independence, the bulk of these protests are not focused on supporting Castillo, but on “everybody leaves”. demanding new presidential and parliamentary elections with the slogan

When Castillo’s lawyer, Ronald Atencio, arrived at the police station on the outskirts of Lima where the Barbadillo prison is located, whose only inmates are Castillo and former dictator Alberto Fujimori, they came to attend the virtual hearing, which decided on preventive detention. The former president was taken, he could not enter. At the prison gate, where Castillo’s supporters demanded his freedom, the lawyer denounced the violation of the right of defense. Despite this the hearing started, but it had to be adjourned till this Thursday.

“They do not allow us to enter, under these conditions I cannot exercise the proper right of defence. I do not have the prosecution required, I do not have the document to know what to argue at the hearing Since I do not have the necessary guarantees of being able to exercise an effective defense right, I have nothing to do in this hearing. I cannot defend myself under these circumstances,” Castillo’s lawyer demurred at the prison gate. Of. He implied that he was relinquishing the former president’s defense because there were no conditions to exercise it within the framework of due process, but clarified hours later that he had not resigned. Castillo’s defenders, but also various analysts and jurists, have denounced that due process and the former president’s right to defense are being violated.

In a conversation with Pagina/12, criminal lawyer Julio Arbizu explained that “the crime of rebellion that Castillo was accused of does not exist because it was not consummated, the Supreme Court has said in this case that the crime of rebellion As an attempt, it’s highly debatable, I don’t think”. “Definitely – says Arbizu – due process is not being respected. Castillo’s jurisdiction was removed in Congress without any charges, which were later presented by the prosecution, and he had to defend himself. Without granting the right to subpoena. It is illegal to remove the former president’s jurisdiction under these terms. In addition, there is a series of deletions in fiscal action. For example, Castillo’s attorneys have been served notices for acts that were made prior to distributing those information, attorneys have said they have not been allowed to consult with Castillo. They are seeking to carry out a due process and with that intention they are imposing the annulment. ”

Arbizu pointed out that Castillo’s defense could reach the Constitutional Court to condemn these violations of due process and the right to defense. “It is very clear that there is a trace of annulment which will have to be handled by constitutional justice. Irregularities present may invalidate the whole process.” He said the procedures before the IACHR are lengthy and that the internal route must be concluded first, but that the body could issue a declaration with a recommendation that Castillo’s right to defend himself be respected.

The arrest of Castillo and the entire process against him is arbitrary. If it was decided legally and not politically, Castillo should be released,” Arbizu said. But in this case the political is above the legal.

Australia flooding: Half a million told to evacuate or be ready to as torrential rain lashes Sydney