Pegasus Mountain Shuttle and Bustang Regional Buses will have half price tickets during Labor Day. 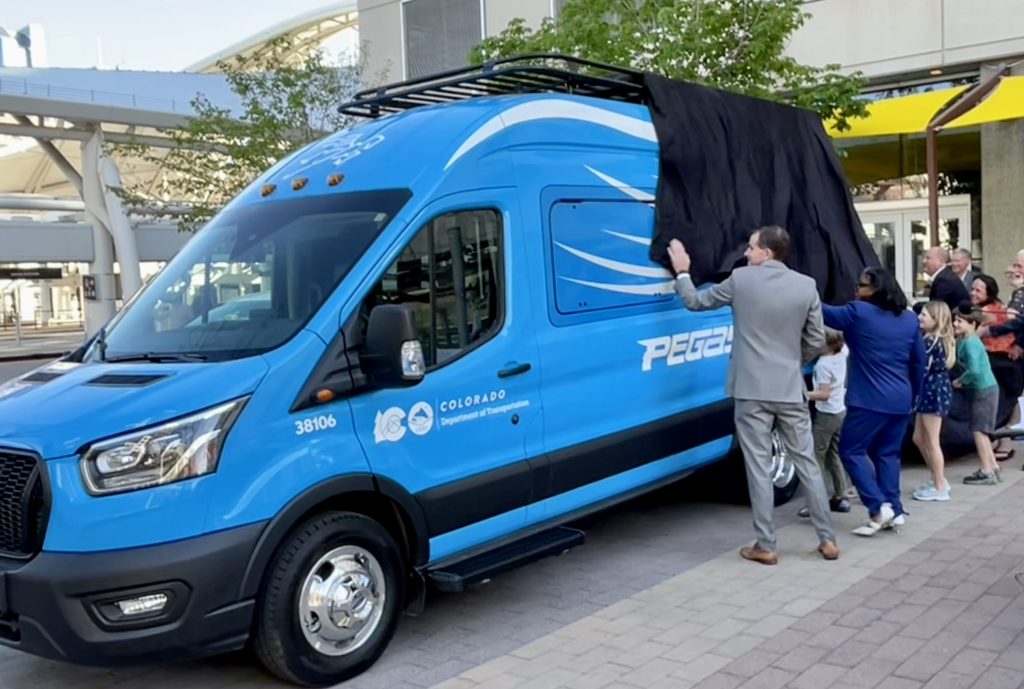 Discounts are now available on the Pegasus, the Colorado Department of Transportation’s new weekend mountain shuttle bus between Denver Union Station and Avon. Half-price tickets for the Bustang and Bustang Outrider routes across the state will go on sale July 1.

Launched at the end of May, Pegasus aims to attract outdoor enthusiasts and day trippers. Vans run almost every hour in every direction from Friday to Sunday, with some services Thursday westbound and Monday eastbound.

The fare from Denver to Frisco is $13 and the ride to Vail and Avon is $20. Vans also stop at the Federal Center in Lakewood and Idaho Springs. The 50% off promotion, which expires at the end of June, will now run until September 5th.

“Since launch, we have been encouraged by the increase in passenger numbers every weekend,” CDOT Executive Director Shoshana Lew said in a press release. “As the number of passengers is growing, we thought it best to give people the opportunity to evaluate the service for themselves throughout the summer, and this is a good incentive.”

Statewide long-haul CDOT Bustang and Bustang Outrider routes are still recovering from the pandemic travel downturn, with some routes returning to normal faster. CDOT plans to quickly increase the number of flights on its main routes from Denver in the next few years.

One-way fares on the three routes from Union Station are typically US$10 to Fort Collins, US$12 to Colorado Springs, and US$43 to Grand Junction, with cheaper fares for closer destinations. A new promotion starting in July will cut them in half.

Pegasus requires online booking. Tickets and schedules for all transport services are available at www.ridebustang.com.

In response to the US, Israel expands access to abortion

Chinese plane crashes with 132 on board