Peru: Boluarte defends the oppressors | Twenty-one people were killed and over two hundred were injured in the aftermath of the protests, in many cases due to gunshot wounds. 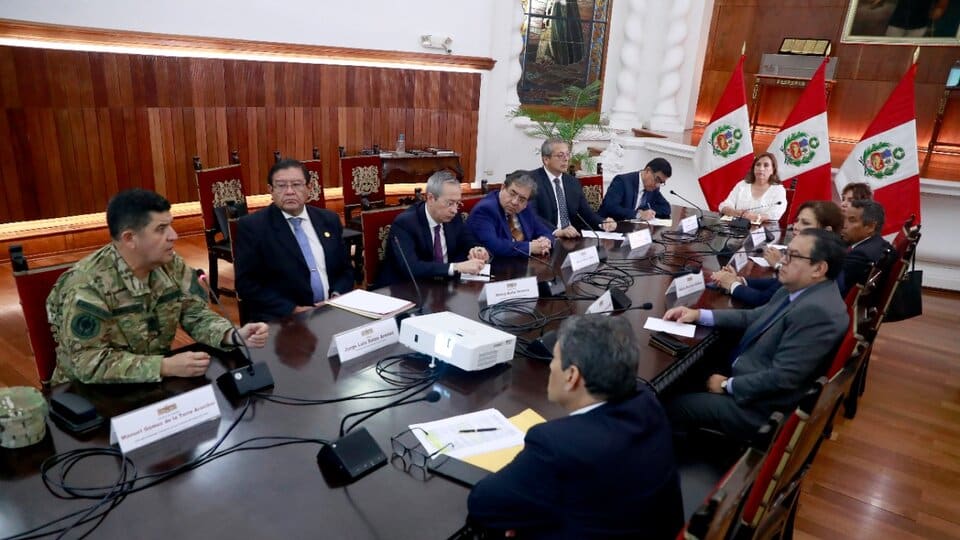 President surrounded by his ministers and military and police leadership Dina Boluarte supported it in a press conference on Saturday crackdown by security forces against popular opposition. Daman in which twenty-one people have been killed and more than two hundred injured, in many cases by bullets. This Saturday the crackdown extended to Nuevo Peru, the left-wing party with parliamentary representation, and a farmers’ organization whose premises were raided by police in Lima. After supporting security forces accused of shooting against the population, Boluaarte called for dialogue, but the actions of his government and a discourse criminalizing protests do not contribute to that dialogue. even in the midst of a worsening crisis announced the reconstitution of his cabinet of ministers, which had been sworn in only a week earlier. on Friday Questioning repression, two ministers resigned official.

“I don’t understand the violence on the streets. I didn’t ask to be here,” Boluarte told the media. To calls for his resignation, he replied: “My resignation doesn’t solve the problem. Here we will stand till the Congress takes a pledge to go ahead with the elections. He justified the crackdown as a response to “acts of vandalism” during the demonstrations. Acts of vandalism have occurred during large-scale social mobilization, but most protests cannot be reduced to vandalism as true claims. Behind nationwide protests Real assertion of long neglected social demands and demand for fresh elections at the earliest, an expression of disapproval against the political class. I reject that on the streets it points against the Congress which controls the right wing.

At that press conference at Government Palace, General Manuel Gómez de la Torre, General Commander of the Joint Command of the Armed Forces, stands a few meters from the President, Dressed in campaign gear apologized for the suppression against protests. Boluaarte and his ministers listened attentively. The army described the protesters as “bad Peruvians”. and accused them of “creating chaos”. He said these days the protests are a “threat to national security”. With twenty-one dead and over two hundred injured due to the crackdown, the general said the military and police intervention was “to protect the lives and integrity of civilians and our vital assets.” A statement that must have sounded like a stroke of the craze among the oppressed population. Other army chiefs also spoke in the same tone at that conference.

It was not far from where Boluaarte supported the repression of the security forces. Police entered without a warrant the premises of the leftist party Nuevo Perú (NP), founded by former presidential candidate Verónica Mendoza. and of Peasants’ Confederation of PeruHistorical organization of farmers. Both stores are next to each other in the center of Lima. More than twenty people had come from the interior of the country to join the protest mobilization in the capital. Protests against the intervention took place on the outskirts of both campuses, which were cordoned off by the police.

“The state of emergency is being used for open violation of the rights of a political party. The interrogation was carried out without the presence of the prosecutors, who had just arrived. Citizens living here have been detained without any reason, their rights have not been respected. it’s an abuse that as an ally Dina Boluarte, who at today’s press conference gave the impression of ruling with a military juntaThe NP Congress woman said, Sigrid BazanAt the door of the intervention complex.

The Minister of the Interior, César Cervantes, announced that the intervention was carried out because people who had come to Lima to participate in the protests were living in those complexes, as if it were a crime. The police assured that they found slingshots and knives in the raid.

attack from the right

This police intervention takes place in the context of a sustained attack by the parliamentary right and the mainstream media, with some ministers joining forces against the left as a whole, accusing them of “creating chaos and violence” with social protests. A hegemonic discourse has been imposed in the mainstream local media that criminalises social protests, eulogises repression and, with clichéd rhetoric, demands that this repression be extended to the entire Left. It is the same speech of parliamentary authority. Thus, he supported police intervention of a leftist party and a symbolic social organization.

consulted by page 12 On the protests and the government’s response, historian and political analyst Nelson Manrique points out that the crisis of representation in his country is total and is the reason for the general demand for early elections. “We have a president -exactly- who has no party base, is very limited, inexperienced, political inexperience, carried away like a weather vane, in a short period of time he has had constant changes. being used by the right which has found it a tool to carry out the repression it was demanding. With regard to the announcement of the reorganization of the ministerial cabinet, he indicates that the present cabinet “has been There is very little political weight to it.”

Boluarte demanded that Congress approve as soon as possible early election Demanded by the organized population. Votes for its approval had not reached Congress on Friday. To bring the elections forward, Congress must pass a constitutional reform that must be approved by two-thirds of the House, 87 votes in two legislatures, or 66 votes in one legislature and a referendum. In a stormy parliamentary session on Friday, the executive’s proposal for an advance election to December 2023 reached only 49 votes. 25 protested and 33 abstained from voting.

Left benches voted against it as they want elections to be held earlier, in April 2023 -mobilization calls for elections as soon as possible- and a referendum should be included so that the population can decide whether they want elections or not Constituent Assembly To replace the constitution that came from the dictatorship of Alberto Fujimori. The authority rejects that civic consultation. Some left-wing legislators have indicated they are open to looking at the issue of a constitutional referendum at another time to expedite approval of early elections, but they will insist they be held in April 2023. For that, it should be approved this month itself and the next legislature should proceed for January. The right to vote was divided. Some supported the proposal to hold elections in December 2023, others opposed it as they want elections to be held in April 2024 only. The proposal which turns a blind eye to the widespread citizen demand for early elections. The debate will resume this Monday.

“The parliament is the biggest obstacle to meeting the protest’s main demand, which is the progress of elections,” says Manrique. “Congress’s attitude of not allowing early elections is adding fuel to the fire of protest.”

How did the Djokovic case end?

Are you over 50 years old and want to live a long life? Get more exercise, researchers say