Peru: five days marked by the Boluaarte repression | Castillo declared himself “humiliated, out of communication, mistreated and kidnapped”. 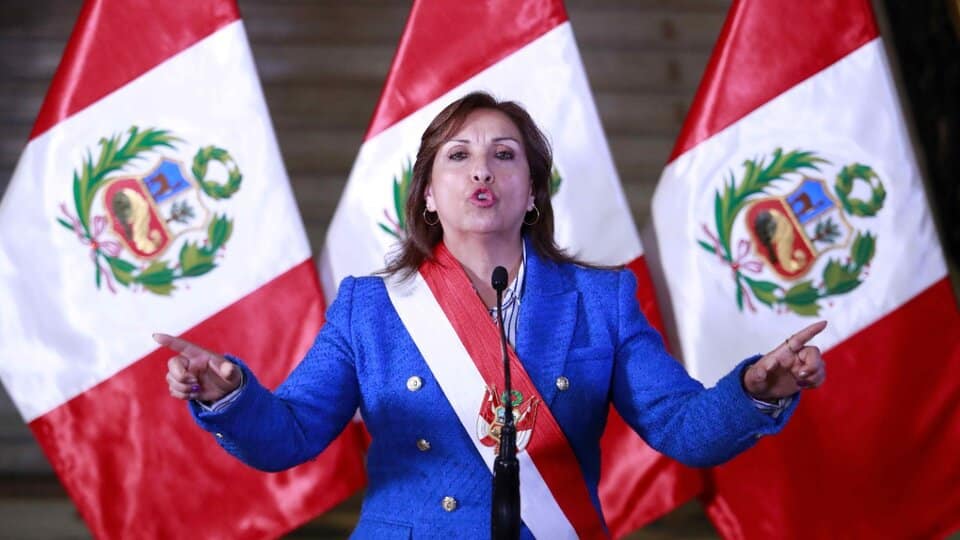 a premiere with Repression, deaths and reduction in presidential mandate due to popular pressure. which is marked The first day of the presidency of Dina Boluaarte, who replaced Pedro Castillo, who was sacked last Wednesday. Protests loom large in different regions of the country, amid a social outbreak that has already killed six people and wounded dozens in clashes with police – among them a girl who was shot in the eye by shrapnel President Bolluarte announced the advance of elections to the presidency and Congress. At the same time, on Twitter, Castillo denounced that he had been “humiliated, held incommunicado, mistreated and kidnapped.” And he added: “I will not resign or give up my high and sacred work.”

they demand the freedom of Castillo

Go ahead with elections, shutdown of Congress and Constituent Assembly are central demands of protests They occupied streets and highways after Castillo was ousted by the right-wing-controlled Congress in an unsuccessful attempt to shut down parliament, which sought to remove him from the presidency. Too Castillo’s freedom is requested, Boluaarte explained that he decided to go ahead with the elections “interpreting the interests of the majority”. This early election must be approved by Congress, In his message, Boluaarte also announced state of emergency Areas where opposition is strongest.

The president announced the advance of the elections in a televised message delivered shortly after midnight on Sunday. With this decision, Elections should be held in April 2024, with Boluarte ending Castillo’s term in 2026, reducing his term by two years, But the announcement to bring the elections ahead of schedule did not quell the enthusiasm and protests continued, even as they escalated in various regions. In the protests, a broad sense of “all must go” and the demand to hold elections before 2024 come together.Anger against a Congress identified with corruption and with an undemocratic right that focused on overthrowing Castillo, deepening inequalities and postponing social demands, and also support for Castillo, who is now in prison.

“Shut down the corrupt and coup-prone Congress”, “Dina Gaddar resigns”, “New elections”, “Let everything go”, are the main demands heard and recited in the rally covering a good part of the country Yes, including Lima. A Constituent Assembly is needed to replace the constitution inherited from the Fujimori dictatorship, The right wing has blocked that possibility in Congress. “Castillo Libertad” is another chant heard among sectors of the protesters.

The most significant protests and harshest repression are taking place in the Andean regions. Former President Castillo is of Andean origin and it is in this region that he had the greatest support., Clashes broke out between protesters and police in various areas during Monday. The strongest protests have taken place in the Andean region of Andahuales province. Apurimac From where President Boluarte is a native. There have been five deaths in this area. The sixth death occurred in the southern region arequipa, where the airport and a milk plant of Gloria Company, the country’s largest dairy group, were moved on Monday. There have been attacks on police stations in various areas and road blockades on various highways are continuing.

Faced with demands to advance the elections beyond the scheduled date for April 2024, The government says the deadline established is due to the need for a constitutional reform that must go through Congress. and is approved by two legislatures or by one legislature and a plebiscite. And he explains that as the elections progress, he will propose to Congress a package of reforms to the political system so that elections are not only between parties that are now discredited and give more stability to the next governments. The figure of the president’s summary dismissal for the vague figure of “moral incapacity” that he wanted to apply to Castillo three times is a central part of that volatility. With the government without its benches, citizen pressure will be essential in Congress to move forward with these reforms. With a weak government and a discredited Congress, the April 2024 deadline for new elections may be too long.

Calls for the immediate resignation of Boluaarte, who has been accused of being a “traitor” by Castillo’s followers, are being raised on the streets and in congressional areas close to Castillo. With the resignation of Boluaarte, new elections will accelerate, which will be called in four months, The problem with this option is that some propose that until the new government takes office The country’s presidency will be assumed by Congress chief, retired far-right General Jose WilliamsAccused of human rights violations, which would have a parliamentary majority, with a high risk that it would matter to democracy.

On Monday, the head of the ministerial cabinet, Pedro Angulo, and the ministers of the interior and defense went to Congress to explain the dire situation in the country and the deaths during the protests. Angulo has accused residents protesting in the streets of “being part of the coup”, which has further raised spirits. In line with the right wing, the ministers accused the Left leaders and leaders in the Congress of inciting the crowd “to create chaos”., He indicated he was sorry over the deaths, but accepted no responsibility.

on the right they criminalized the protestsThey demanded more repression from the government, shouted “strong hands” and demanded the armed forces take to the streets. Threatening, he accused the Left legislators of being “terrorists” for defending the right to protest and condemned the repression. The Left condemned the “excessive use of force”, called for an end to the repression, and raised popular demands for early elections and a Constituent Assembly.

Almost simultaneously with the President’s announcement to move forward with the elections, Congress took away Castillo’s jurisdiction In a hectic several-hour session, which began on Sunday afternoon and ended in the early hours of this Monday, there was an exchange of insults and even a scuffle. The decision, approved by 67 votes in favor and 45 against, removed Castillo’s right to trial, with Congress The way has been cleared for Castillo, who has been in custody since Wednesday, to remain in jail. and is tried for mutiny and conspiracy, a charge leveled by prosecutors against the former president for attempting to unconstitutionally shut down Congress. Castillo is in jail with a preliminary arrest warrant, which expires this Wednesday, which is the reason for the desperation of the right-wing parliamentary majority to quickly lift its jurisdiction and thus initiate criminal proceedings and his preventive detention. Enables the possibility to place orders. , “Castillistas” legislators and other left-wing groups denounced that the decision to lift Castillo’s jurisdiction violated the constitution and congressional rules, bypassing procedures and deadlines, violating due process and the former president’s right to defend himself. it was done.