Peru still does not control the political crisis 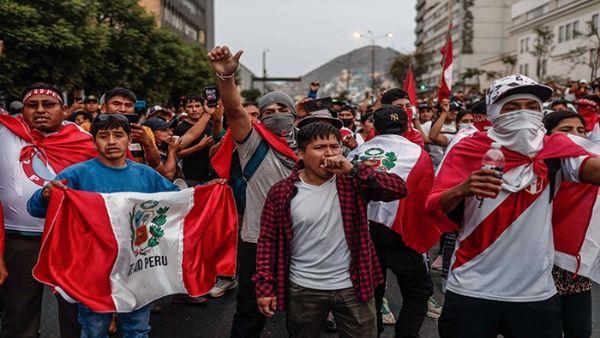 Mass demonstrations in Peru this weekend and calls for more protests characterize the political landscape in the South American country, which is on the verge of a major crisis following last week’s events to overthrow majority-elected Pedro Castillo. facing.

The President, who is currently in power, Dina Boluarte, announced that she would send a bill to Congress to advance the general elections to April 2024 due to popular pressure as well as the Congressional shutdown.

Telesur, quoting the words of the President, argued that he decided to go ahead with the elections in July 2026 and not to terminate his mandate in order to understand the will of the citizens in the widest possible way and, consequently, with responsibility Practice means. government.

Dina Boluarte also stated that she would present a bill to move the election to be agreed upon with all political forces with a presence in parliament. It also declared a state of emergency in the protest areas.

Meanwhile, in the streets, thousands of protesters outside the headquarters of Peru’s Congress demanded the release of former President Pedro Castillo and rejected an attempt by the prosecutor’s office to strip him of his immunity to make way for charges. In which two people died and more than twenty people were injured due to police repression.

In the center of Lima, mobilized people took Banque Avenue, around the legislative headquarters, from where they demanded the closure of Congress, the calling of elections and a Constituent Assembly, and the reinstatement of Castillo as head of state.

On the other hand, they do not recognize the government of Dina Boluarte, which was sworn in by Congress after the dismissal of the leader of the union, who was head of state.

In other cities, groups of protesters occupied the airport in the city of Andahuales, located in the Apurímec department, where fires are raging. Two deaths were reported there, and the Office of the United Nations High Commissioner for Human Rights in Peru condemned those deaths.

With 67 votes in favor, the congressional plenary approved the draft congressional resolution, which removes the privilege of political impeachment for alleged major commission of crimes and declares that there is room for the formation of a criminal case, Informed the social networks of Parliament Quoted by Telesur.

Former President Pedro Castillo has devised a judicial process for the alleged crimes of rebellion and conspiracy. He was initially detained for a period of seven days after announcing a further series of measures that Parliament responded with the dissolution of Congress and the dismissal of the head of state last Wednesday, for alleged moral turpitude. was taken.

Mobilization is still taking place in the streets to demand new general elections in the country and the indigenous people of the Amazon will face a political crisis and its threats to the region, according to a statement. Highlights Russia Today, published by the Association Interethnic Development of the Peruvian Jungle.

Peru’s National Federation of Education Workers will also launch a national strike on December 15 to demand new general elections in the country.

The Peruvian region of Apurímac declared a popular uprising. At least two policemen were reportedly abducted and 21 people were injured in clashes during the protests.

This Monday, protesters began an indefinite strike demanding the closure of Congress and the release of the ousted president. In the midst of this crisis, Dina Boluarte swore in her first ministerial cabinet, detailed by R.T.