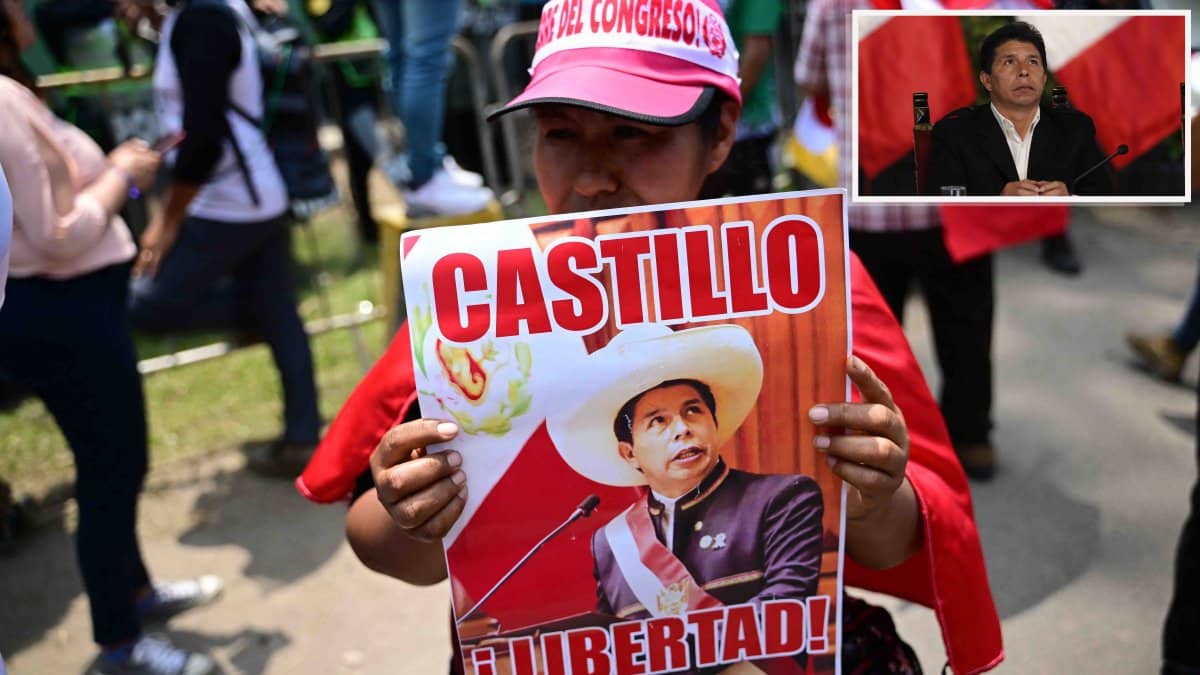 LIMA, Peru – Peru’s Supreme Judge Juan Carlos Checkale ordered that former President Pedro Castillo remain in preliminary detention for 48 more hours while he reviews the request for preventive detention for 18 months submitted by the prosecutor’s office against the former ruler. Hearing is going on. , which was adjourned till Thursday morning at the request of the parties involved in the case.

“I consider it appropriate and necessary to give them a period so that they can have all the elements of the prosecutor’s request,” Checkley said at the start of Wednesday’s hearing, which was not attended by Castillo and his defense attorneys.

After indicating that the prosecutor’s request reached his office “at midnight”, he indicated he was going to reschedule the hearing for Thursday at 08:30 local time (13:30 GMT).

At the request of the representative of the Prosecutor’s Office to rule on the condition of Castillo, since this Wednesday it is 7 days since the preliminary arrest issued against him, Checkle extended this custody for another 48 hours.

In less than 12 hours, Peru experienced the dissolution of its Congress, the removal of its President, and the swearing in of its new President.

He clarified that “as per the provisions of the Code of Criminal Procedure for these cases” if the prosecutor requires preventive custody, “the custody is maintained till the trial is held within 48 hours.”

“This is the period in which Mr. Castillo should be kept in custody until the trial,” he remarked.

The top judge also said that he had informed the parties in the case “urgently” about the prosecutor’s request and believed that the decision to adjourn the hearing till Thursday morning was “appropriate”.

He commented, “If possible the police, through the area, will attempt to verify a record of Mr. Castillo’s refusal to attend the hearing, which is his right, but he must have a lawyer.”

Before the start of the hearing this Wednesday, one of Castillo’s defenders, lawyer Ronald Atencio, confirmed that his country’s judges were “violating all procedures”, setting the hearing of the prosecutor’s 18-month request in a few hours. Has been. Pre-trial detention for the former ruler of Peru.

The lawyer, who was accompanied by Raul Noblecilla, another of Castillo’s guards, assured that he was going to talk with the former president to decide what steps to take, but then said that the authorities would not allow him to enter the prison. Not granted on the ground that there was no authorisation.

“Not having the guarantees necessary to exercise an effective defense right, I certainly have nothing to do with this hearing,” he remarked before announcing that he was leaving the place with Noblesilla.

Castillo also demanded, via a letter published on Twitter, that the Inter-American Commission on Human Rights (IACHR) intervene for him, as he believes that his country’s authorities have once again “coercively” taken away his freedom. Have done.

In a brief handwritten message, he held “judges and prosecutors responsible for everything that happens in the country” and sent “millions of thanks” to Peruvians “for their love and support.”

Judge Checkley approved the formalization of a preliminary investigation for the alleged crime of insurrection and others against Castillo and his former prime minister and legal advisor Anibal Torres as a result of the failed coup during this Tuesday night. led to his dismissal.

Following this decision, Supreme Prosecutor Uriel Terán, in charge of the Second Transitory Supreme Prosecutor’s Office specializing in crimes committed by public officials, submitted a request for 18 months of preventive detention against Castillo and Torres.

Unlike Castillo, Torres is free and went into hiding after learning of the charges presented by Peru’s Attorney General, Patricia Benavides.

The investigation into the matter has been described by the Ministry of Public Affairs as “complex” and will last for eight months.

Minute by minute: all the news about the coronavirus

Break, fight, negotiate, sign: the different positions within the ruling party against the IMF