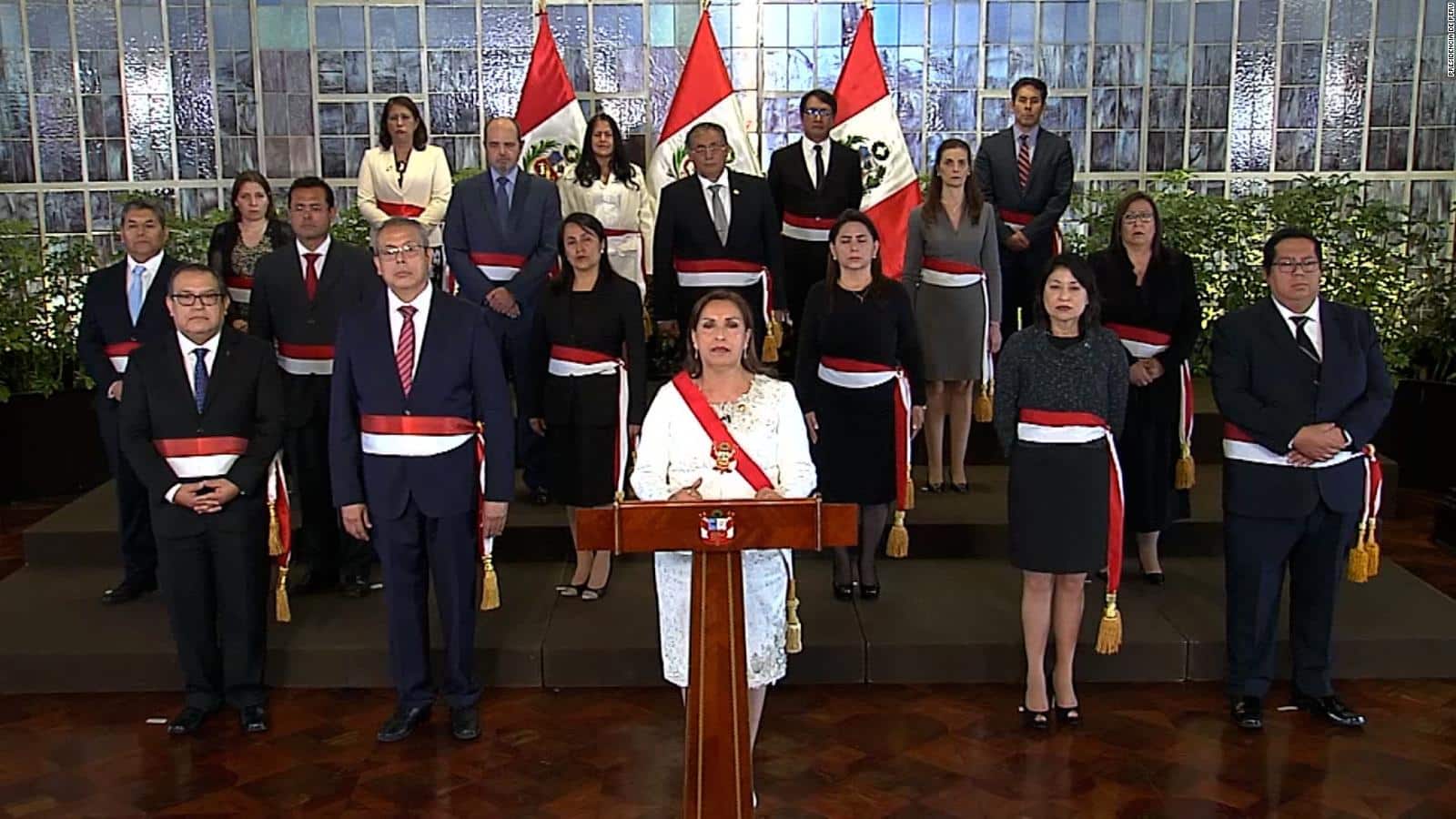 (CNN Spanish) — Peruvian President Dina Boluarte announced this Monday through a televised message that she will send to the Congress of the Republic a draft for early elections in April 2024.

Boluarte also emphasized that his government would promote coordination in Congress to reform the political system.

In connection with the protests and clashes recorded in recent days, Boluaarte announced the declaration of a state of emergency in areas with high social conflict.

Peru’s Ministry of Health reported on Twitter this Sunday that at least two people died and three more were hospitalized during demonstrations in the department of Apurimac.

To call elections, the constitution has to be amended.

Two factors must be taken into account to understand the scenario of possible early elections: President Boluaarte assumed office with absolute powers and is not obliged to call elections or have the constitutional power to do so. And, if he wished to do so, a temporary reform of the Magna Carta would be needed.

1. Dina Boluaart is not obliged to call elections in Peru and does not have the constitutional powers to do so

Constitutional lawyer Anibal Quiroga explained to CNN en Español, “Boluarte took office with full powers and must complete his term until 2026” since he “does not have the legal mandate or constitutional power to hold elections.”

It is related to how he came to power. The Peruvian Magna Carta establishes that a president and two vice-presidents are elected in elections. In the event that the President cannot continue in office for reasons established by norm, it is up to the first Vice President to assume and complete the original term. If he cannot, another must take over (Peru currently only had one vice president because one of the vice presidents of Castillo’s original board was eliminated by the election jury, Quiroga explained).

In the event that any of these persons cannot continue in office, then the President of the Congress shall assume office temporarily and he shall not in fact be “compelled to hold an election within a period exceeding one year” because his The mandate will be temporary. But this is not the position of Boluaarte, his mandate is not transitory from the point of view of the constitution.

This is how Dina Boluarte was sworn in as President of Peru 1:40

2. A temporary constitutional reform with the support of an overwhelming majority is needed to hold early elections in Peru

If you want to call early elections, you must amend the constitution and add a final and transitory rule that allows both “the early conclusion of the mandate of the people elected for five years in 2021 and the advancement of general elections” . For the President and Congress, expressed CNN en Español José Tello, lawyer, political analyst and professor at the University of Lima, for his part.

This temporary provision must be approved in Congress by a majority of 87 votes (out of a total of 130) during two consecutive legislatures. There is a precedent from the year 2000, during the third and “highly questioning” government of Alberto Fujimori, Tello explained.

Tello said Peru’s electoral law states that elections are called within 270 days. “We could easily have elections by 2023” if the call is decided, he analyzed, although he considers it difficult to change command on July 28, the day new governments historically take office in Peru. .