Pharmacists Ask for “Safety” and “Control” Before Using Cannabis as Medicine 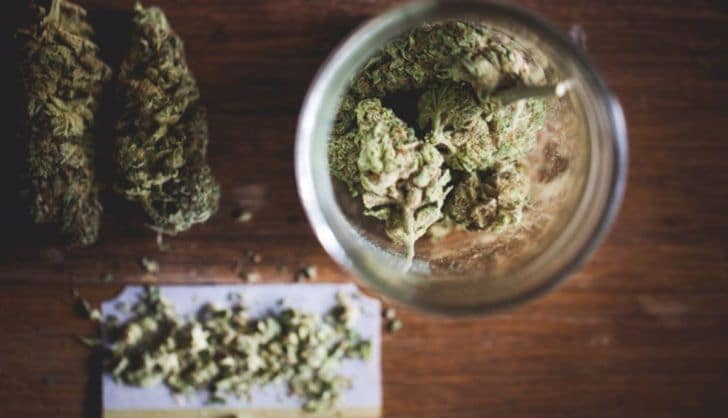 The General Council of the Official Colleges of Pharmacists this Wednesday, on the second day of the XXII National Congress of the Pharmaceutical Profession, ‘The use of cannabis for therapeutic purposes, an upcoming reality in Spain?’ Innovation session held. The table revolves around the use of cannabis for therapeutic purposes and how to ensure that optimal regulation and delivery systems are prerequisites to guarantee patient safety and ensure access to it with equity norms.

The pharmaceutical body has explained through a statement that it is a matter of “maximum current affairs in Spain”, after approval, last June, made a final report of the deputy congressional subcommittee in this regard, giving six months was. The recommendations to the Spanish Agency for Medicines and Health Products (Amps) to fit regulations, make it viable and allow the pharmaceutical market availability of cannabis extracts or standardized preparations.

Jordi de Dalmases Balana, Vice-President of the General Council of the Official Associations of Pharmacists and Moderator of the Session, said that “Certain clinical evidence of quality, efficacy and safety by conducting clinical practice for the use of active ingredients as medicines.” “Evidence is required. Testing, authorization to place on the market, specific indications, known composition, appropriate pharmaceutical form, demonstrated activity and appropriate dosage for each pathology”.

“Therefore, we are at a critical moment in this matter, in which I am sure that the role of Spanish pharmacists will be fundamental”, he said. Alain Delgutte, president of the Pharmacy Office section of the Order of Pharmacists of France, attended as speakers, where he worked on a pilot program for the distribution of cannabis in pharmacies; Mohamed Ben Amar, representing the University of Montreal, Canada and Dr. Horacio Arruda, Deputy Minister of Health of the Government of Quebec, presented the experiences of a state with experience in legalizing the use of this plant; And, completing the table, Carola Pérez, who, as president of the Spanish Observatory of Medicinal Cannabis, has offered patients a vision in this regard.

As detailed by Delgutte, “In France, in the pilot program that we are developing until March 2023, prescriptions are made in the hospital and distributed through both the hospital and community pharmacy, precisely to make it accessible. “

In this line, he pointed out that “there is no stock in pharmacies, but the request is made directly to the labs, once the doctor has made the prescription”. “Once this step is taken, we are the pharmacists who stay with the patient the entire time he or she uses cannabis for medicinal use, we dispense, monitor and record side effects, some Which is really gratifying, because we are the one way closer to their home to ease their pain”, he said.

For his part, Mohamed Ben Amar has highlighted the process of legalization of cannabis in Canada for both medicinal and recreational use, indicating that the reasons for taking it out were, “To begin with, we considered the process of legalization of cannabis for both medicinal and recreational use.” There are recognized examples of its usefulness in medicine and second, I believe that, as a society, we have the ability to study its use and controlled access, to establish properties, dosage systems, and methods of consumption. Responsibility.

“Ultimately, in Canada, the experience we had in legalizing its use gave us more advantages than disadvantages, because all the negative effects that were already there have not passed,” he explained.

Corresponding to this opinion, Horacio Aruda pointed out that, in Quebec, “we are seeing that the legalization of cannabis has changed perception. Now there are more indications, more methods of use, more patients. So, we have a The controlled product should be of quality, with a sufficient percentage of components. “In this regard, the pharmacist is the professional who is in the best position to develop this relationship with the patients”, he specified.

Carola Perez has conceded that Spain’s law on the medicinal use of cannabis should be upgraded “more quickly” to avoid the risks. “We have to do well to mark a good history of medical use of cannabis, for which we patients know we have the full support of pharmacists,” he emphasized.

Other topics addressed during the session are the criteria that must be taken into account to guarantee patient safety, from prescription to drug, including pharmacotherapeutic follow-up; The risks involved in the recreational use of cannabis and the proliferation of products with CBOs without medical indications, creating a market bordering on legality; or the role of community pharmacies in distribution processes.

A retired Colorado teacher needs a kidney. The district attorney is giving it to him.