‘Philomena’ in the Persian Gulf edition: it rained in Qatar today 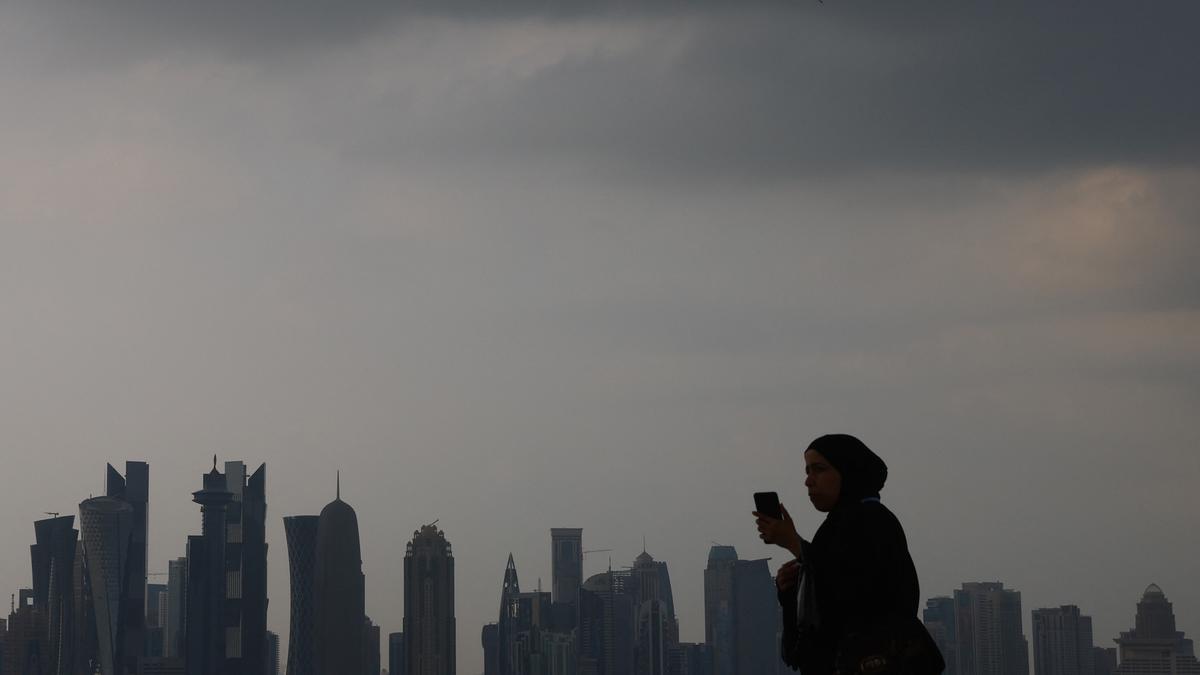 The first day without World Cup matches coincided with the first of the month and a few drops of rain, viewed by locals as if it were an event to guard against.

This Wednesday was the first day of the World Cup, 18 already without a single soccer game on the agenda (and there are still 11 more until finals day). You come to the World Cup, either as a journalist or as a fan, to watch the football matches, but these two days of respite between the Round of 16 and the quarter-finals are much appreciated. Without thinking about which time I have to be in which place, which team to watch against which team. There are days when you wake up in the morning and think the same way, that is not an exaggeration.

This Wednesday is the day, in short, to do things that day-to-day doesn’t allow. There should be nothing extraordinary in this. The four special envoys of Princes Ibérica, who are counting down everything that happens here on the ground for the group’s 25 newspapers (including this one), did not physically match at any time during all these days. Finally, while one was training in Spain, the other was in Lionel Scaloni’s press conference, one on a bus on the way to France-Australia and the other works in his hotel before going to Brazil-Cameroon. Put it in some way.

So this Wednesday, taking advantage of the break, we’ve met for lunch. We were happily walking (and a bit tired after so much work, why not deny it) towards an Indian restaurant when a man looked at our faces as carefree foreigners and gave us some warning with a very serious face. Granted, almost as if it were someone threatening us with the coming of the apocalypse, looking up at the sky: “It’s going to rain”,

For someone who has lived a third of his life in Bilbao, this type of warning is akin to “today the sun will rise” style. But the guy was surprised by our indifference to the free and seemingly relevant information he was providing., Like when a taxi driver told me the other day it was “very cool” while the thermometer read 26 degrees.

A quick look at the climate series for Qatar helps to understand the difference of opinion regarding rainfall. according to the portal weathersparkOn average, it rains 7.4 days a year in Qatar. Between May and October the chance of precipitation decreases to between 0 and 0.1 days per month. March is the month with the most tickets for getting wet in Doha, with an average of 1.6 days. A figure that is low, to give one example, compared to the month with the least chance of rain in Madrid (1.8 in July), which is not a particularly rainy city. not much less

Well, to a Qatari resident, even a little rain is equally shocking A ‘filomena’ in Spain, A completely paranormal phenomenon that deserves a warning to anyone you meet on the street. The truth is that it has really rained. OK, like that.

We were already seated in the restaurant when we witnessed the incident. I got up on my own and went out into the street. Yes, a few drops were falling and the asphalt was wet, although doubtless more so due to the accumulated humidity in the environment due to the rain. It’s been a little frustrating, who am I kidding. They say it will rain more on Saturday. About 0.9 liters per square meter. yes, one more beer, But you must have already come to know through these articles that Qatar is nothing like what it seems, Not even rain.

US waited months to reserve CIA prisoners at Guantanamo Bay