PID ties up with Fire Victims Trust for $189.5 million 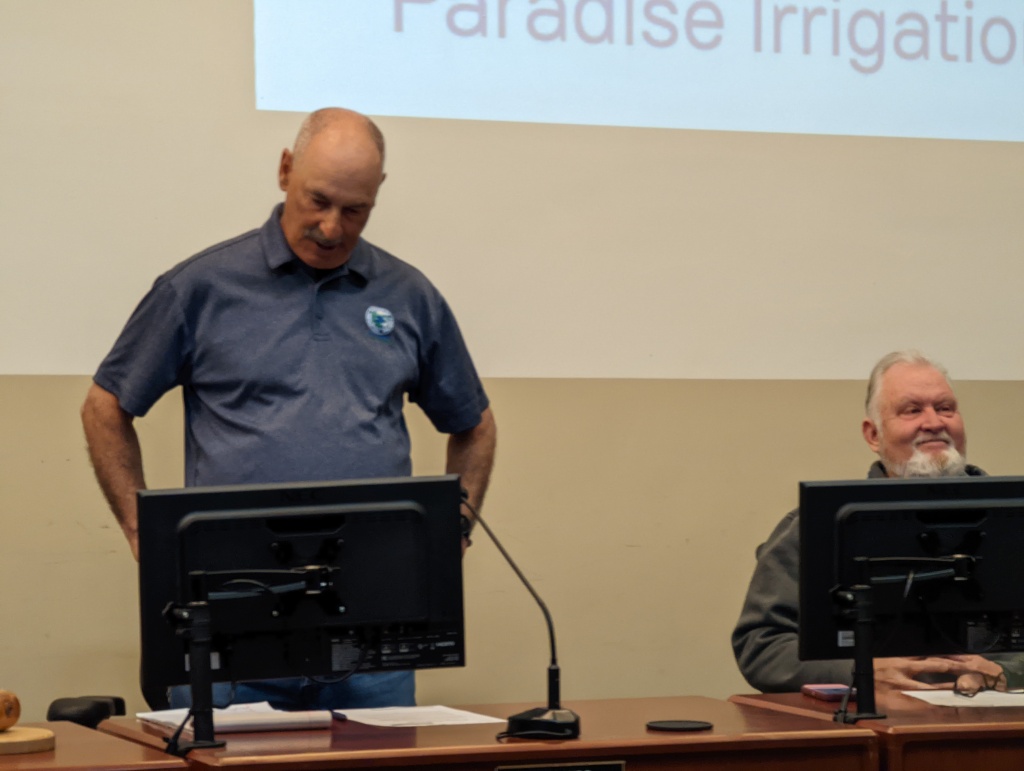 PARADISE – The Paradise Irrigation District has finally settled with the Fire Victims Trust for a payment of $189.5 million.

A press conference was held Monday at the Paradise district office where manager Tom Lando provided additional information on the settlement and what it will mean for the city going forward.

PID is currently operating on a $2-3 million shortfall as a result of the Camp Fire in 2018.

“The board will have a financial planning session where we try to plan the expenditure for the next 15 to 20 years,” Lando said. “Because obviously, it’s challenging and we want to make sure it’s a long-term investment and not a short-term expense.”

Lando further stated that he believes PID has a good relationship with the City of Paradise.

“I would say that the district feels that we have a very good relationship with the city and other public entities and that the whole purpose of this agreement is to rebuild the community and help the community grow. We hope that all those claimants will get their due. You will get 100% of the money.”

Although a large sum, Lando said the settlement is still a part of the claim made by PID.

The Fire Victims Trust was established in July 2020 after PG&E declared bankruptcy as a result of being found legally responsible for several wildfires such as the Camp Fire. It is considered a capped fund and hence may not always meet the full claims while allocating the fund to those affected by the fire.

“While PID calculates its damages from the Camp Fire significantly higher than this agreement with the Fire Victims Trust, PID is pleased to announce a resolution of this matter as it removes significant uncertainty. does, a distraction from ongoing recovery and reconstruction efforts, and legal costs, said Shelby Boston, chairman of PID’s board of directors.

According to a press release issued by PID on Monday, the district will continue to seek grants as well as other external funding sources to go along with the revenue and new safe settlement funds.

Attending the press conference was Paradise Mayor Steve Crowder, who responded positively to the agreement.

“It’s great,” Crowder said. “I mean it’s another phase in the city’s total recovery and it’s showing that we’re a vibrant city, a recovering city. We’re all working together for the same thing. So me Looks like it puts out another piece of the puzzle and is giving us a little more certainty and direction going forward.

Based on the claims data report as of April 29, 2022, a total of 69,057 claimants have been attached to the claims questionnaire with 241,231 individual claims.

Preliminary figures totaled $860.9 million in payments. Additionally, $2.63 billion has been provided in pro-rata payments, taking the total payment to claimants to $3.5 million. The total given in the notice set by the Fire Victims Trust is $8.52 billion.

More details on how the PID settlement will be used are expected at a later date after the financial meetings.