Pinochet’s constitution has become a ballast. Talks for structural change in Chile deadlocked 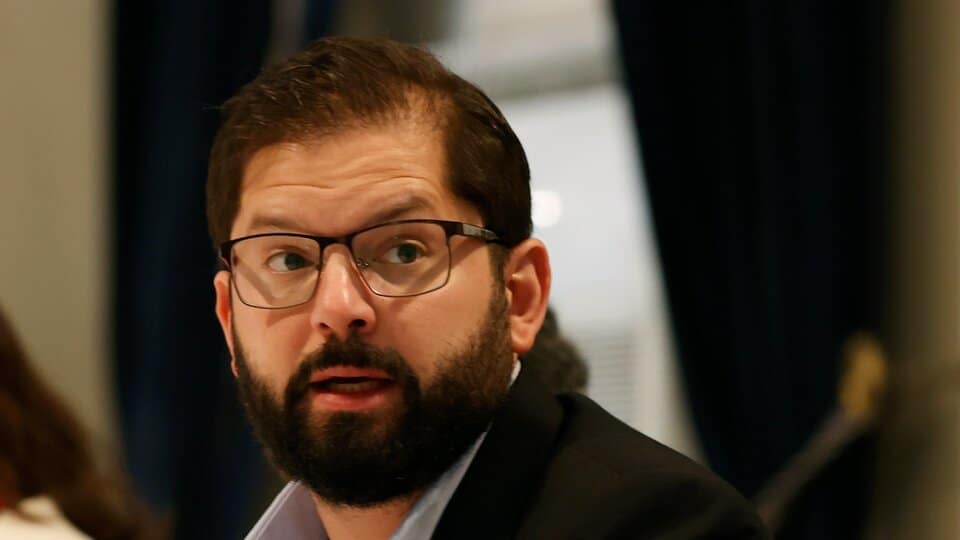 Talks between the ruling party and the opposition in Chile have stalled To continue the constituent process after the victory of the “rejection” option of the proposal for the constitution, which sought to replace the one of 1980 – promulgated by pinochet– and is still in force in the country.

There were more than 7 million 800 thousand Chileans who rejected the text of the Constituent Assembly compared to 4 million 800 thousand who approved a text Proposed greater social rights with a feminist and environmental perspective, And although the right was a minority at the convention – democratically elected in 2020 – it managed to impose a narrative in the media and social networks about “multinationalism” (one of the pillars of the new Magna Carta) and the inconvenience of promoting alternatives Stayed. Rewriting “the one (constitution) that unites us” and without ambiguity about private property or entrepreneurship, as this supposedly “radical” proposal was imputed without many arguments.

However, none of this happened, with Government of Gabriel Boric Impressed by the results – though without openly acknowledging it – and by an opposition that interpreted them as their victory, from that same Monday, 5 September, meetings began to decide how to fulfill this promise to continue the constituent process. to be done. The last one was on Friday night where Senate President Álvaro Elizalde (Socialist Party) tried to agree with the ruling party in more than ten hours a day to come up with a proposal to show the opposition. All this in the same building of the former National Congress in the center of Santiago where the Constituent Assembly was held between 2021 and 2022.

first of all, hegovernment party They played it according to tradition with 100% members elected by popular vote like the previous one. Another idea that emerged was a mixed convention where half would be democratically elected and with 50% “experts” who would be chosen by Congress in the first place, something that all parties failed to convince, especially I approve Dignity Alliance. —Broad Front and the Communist Party—which form the core of Borić’s government. The new option was “mixed attenuation”: 70 popularly elected members and 30 experts who would be able to work on a constitutional draft, but with the right to vote exclusively on the harmonization and conclusion of the text. rights denied again, What they want to impose are experts with the right to speak and vote. And, apparently, they will not back down.

An agreement was believed to be due in October, but the opposition found it a poor date as it was symbolic of the month. social outbreak of 2019 where massive protests across the country began to reach a million people in Santiago alone, alternating with days of rioting that destabilized the right-wing government of Sebastián Piñera, burning several metro stations (in one case still unclear not done), a dozen deaths and the loss of eyesight of hundreds of youths as a result of the rubber bullets of police officers acting with extreme violence. For the right, it was best to do it in November, because it symbolized the peace deal achieved by the political class – with the special leadership of the current President Boric – who managed to avoid a very likely process of removing Pinera (so something that would have been unprecedented in Chilean history). Instead, the then-president accepted a political solution to the crisis through a constitutional process, although this swept the entry referendum in 2010, with nearly 80% of Chileans supporting a new constitution, three months before its text was approved. was rejected.

“I want to tell you very responsibly that today we will not make an agreement because of the pressure from Amarillos and the resistance of Renovación Nacional,” said PS president Natalia Piergentilli. Regarding the last party that together with the Independent Democratic Union (UDI) are part of the Chilean right, it is no secret that from the beginning they were opposed to the constitutional text, although not explicitly to a new constitution. What’s new is the “yellows”, a group in the process of becoming a political party whose most visible face was Christian Warneken, intellectual poet and television interviewer. Someone who still defines himself as “leftist” but rejects convention work through columns and television appearances. In Chile, those who do not side with either alternative are called yellows, lukewarm and which during the social outbreak was widely used to criticize those political, television, sports or cultural figures who Avoided commenting on the situation, like the Warneken way. Started using the word.

Almost as if it were one of Roberto Bolaño’s novels about the confused Chilean character (whom Warneken himself interviewed), even the traditional authority so forthright to reject and demand constituent process. Hasn’t been that “experts” write a permanent Magna Carta. the poet defends himself wedthe same newspaper where he publishes a weekly column: “It is shameful to say that Amarillos is stalling the agreement, a lie. I clearly interpret this as a kind of communication operation to keep Amarillos from moving forward.” And wants to support not reaching an agreement.” In the days when an agreement was expected to be reached (…) Does anyone really believe that such a small party could back down, torpedo a negotiation in which the group participates with several representatives and senators? This allegation is so baseless it is ridiculous. ,

Although, in order to avoid accusations of interventionism, the Chilean President was not able to openly support the option of “I approve” beyond giving copies of the project and signing them at the request of the people, it is clear that he Who is the person to unlock this whole process.. Although he has at times been accused of doing too many political “flips”, such as criticizing former President Partikio Aylvin and then following the unveiling of a statue in his honour. Presumably, it seems the only option they will have is to enlist these “experts” and manage to negotiate with an authority that believes it has civil power. Some of this was seen in These Days where he said: “As President of the Republic, I am convinced that an incomplete agreement is better than no agreement at all.” Although he also said that it was important that the political parties reach an agreement, this has not been accomplished and even, as the newspaper reported thirdA member of the ruling party, who did not want to be identified, echoed a common belief: “Borik is like the Bible, everyone interprets it differently.” Something that is troubling, however funny it may sound – for the worse coming from its own sphere – is that it indicates a lack of force in the President’s message or perhaps a certain ambiguity in the order of the parties that follow their stands by.

Talks return this Monday and there could be surprises given Boric’s ability to reach agreements or hit the table if necessary.

4 Animal Crossing: New Horizons Villager Types That Don’t Get Along At All