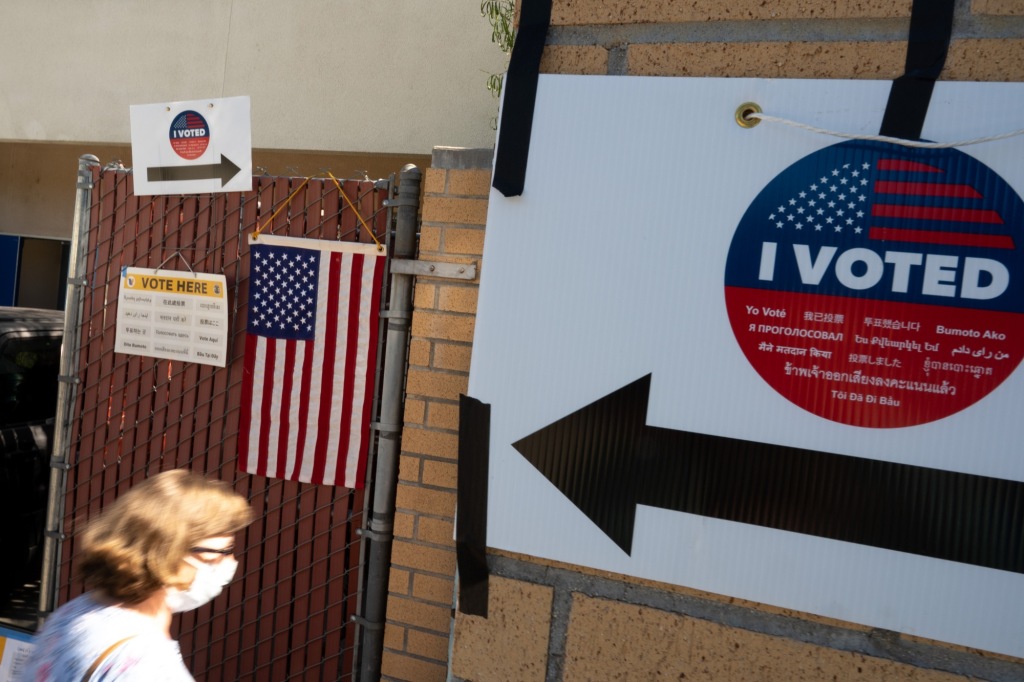 Assemblyman Thurston “Smitty” Smith, R-Apple Valley, took the lead in District 34 with 34.4% of the PF vote. Assembly member Tom Lackey, R-Palmdale, is now in second place, but trails Democrat Rita Ramirez Dean by only 221 votes. With no one getting 50% of the vote, the top two will head to the runoff in November.

The district now runs from the top of LA County to the Nevada border.

But it is too early to call the race, as there are still 365,820 ballots left to be counted at the registrar’s office. Next update is Friday.

Here’s how some of the other close races were affected by the latest wave of tables:

In the race for an open seat on the LA County Board of Supervisors, front-runner Bob Hertzberg maintained his lead over Lindsey Horvath, as the two would likely face off in the November run-off.

The two candidates, who are very different, are most likely to run for the third district seat being vacated by longtime political icon Sheila Kuehl.

The vast, 431-square-mile Third District extends from Malibu and Santa Monica into the eastern and northeastern San Fernando Valley.

Robert Luna and Sheriff Alex Villanueva stood firm in the Los Angeles County sheriff’s race after an updated vote tally was both bound for November’s runoff.

In local races, up to the county level, a winner can avoid the November runoff by earning more than 50% of the vote. But for statewide races, including the Assembly and State Senate, as well as the Congressional race, the top two candidates will go on to face each other in the general election regardless of the difference between the candidates.

State Assembly District 61: Lawndale Mayor Robert Pullen-Miles remains in the lead for the new 61st district, with Democrat Tina Simon McKinnor, director of a nonprofit, still firmly in second place. The potential runoff between the two in the special election would be to replace Autumn Burke in the current 62nd district – following her surprise resignation. As of Tuesday, McKinner has 18,849 votes, or 38.75%, and McKinner has 15,076 votes, or 30.9%. The new 61st district, which includes Inglewood, Venice and Hawthorne, is essentially the same as the current 62nd.

State Senate District 20: In the race for this newly re-created Latino-voter-majority district—which stretches from Burbank to Pacoima to San Fernando to Canoga Park—Democrat Daniel Hertzberg, son of state Senate majority leader and former Assembly Speaker Bob Hertzberg—still are in the lead. 31.5%, but the dogfight erupted over who would face him in November. Democrat Caroline Menziver is now in second place with 27.7% of the vote, ahead of Republican Elie de la Cruz Ayao, who fell from 28% on Friday to 27%. It is still close to the call, with just 547 votes separating the two.

US House District 23: The difference between the candidates battling for second place – the incumbent Republican Rep. Jay Obernolt has about 61% of the vote and will certainly be headed for the runoff – thickened. Democrat Derek Marshall widened his lead over fellow Democrat Victorville councilwoman Blanca Gomez by 4,093 votes. The district covers the desert between the Antelope Valley and the Nevada border (grazing LA County only).

US House District 30: G. “Maebe A. Girl” Pudlow, snatching a seat on Silver Lake Neighborhood Council to become the first drag performer elected to public office in California, national strength player Rep. Adam is seen headed for the runoff against Schiff. Burbank dominated the Democrat vote, with over 60% against eight challengers. But runner-up Pudlow is now ahead of third-place Republican Ronda Kennedy by 3,180 votes. Pudlow will be a long shot, but is eager to attract the attention of transgender people through the campaign.

US House District 37: A new member of Congress is guaranteed from this central LA district. State Democrat Sen. Sidney Kamalagar will lead the runoff. Democrats Jan Perry and Danielle Lee are stuck in a tight fight for second with 18.7% and 16.7% respectively. Perry extended his lead slightly, now to 1,422 votes.

State Race: In the race for state superintendent of public instruction, Lance Ray Christensen with 11.7% of the vote, software architect George Yang (11.3%) and educator Anne E. Long (11.2%) moved up to second place. In November Tony K. More than 21,000 votes separated the trio in a non-partisan race to face Thurmond.