Political crisis in Peru: Foreign Minister summons Ambassador of Argentina on the statement of four countries in favor of Pedro Castillo 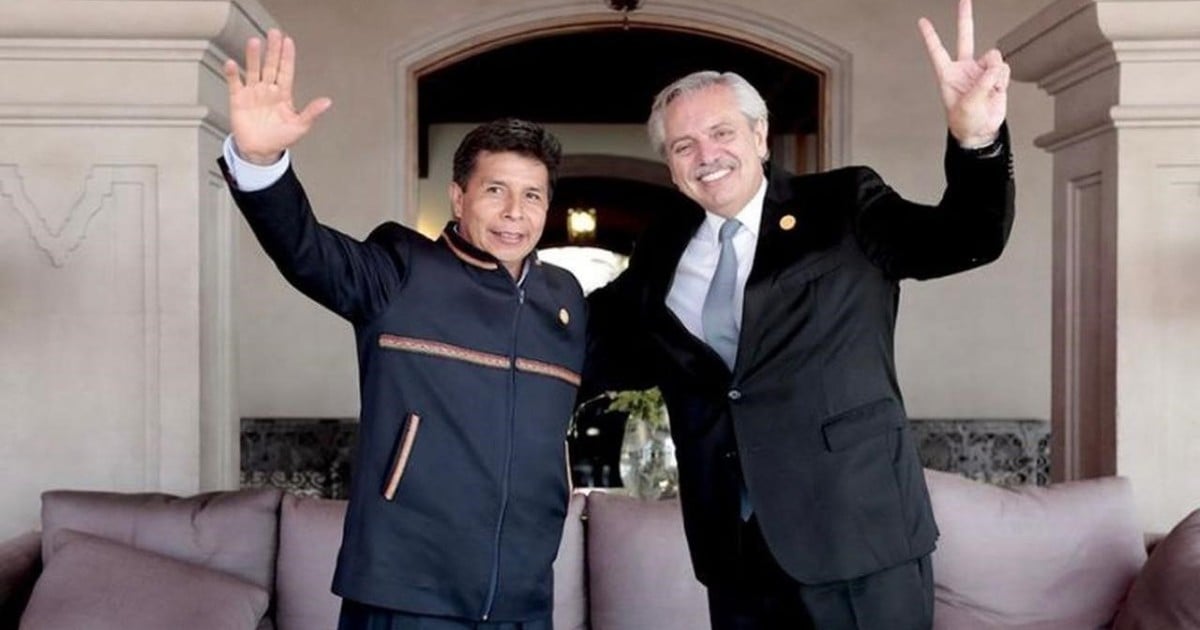 Ana Gervasi cited the diplomatic representatives of Argentina, Mexico, Colombia and Bolivia for a joint position in favor of the former president who self-coupled.

Ana Cecilia Gervasi, the new Chancellor of Peru appointed by the President in the boulevardFollowing the dismissal and arrest of former President Pedro Castillo for an attempted coup, he summoned the Argentine ambassadors and their counterparts from Colombia, Mexico and Bolivia following a joint statement by Pedro Castillo.

Argentina was followed by Mexico, Colombia and Bolivia.a call all actors involved in the previous process so that they prioritize civic will that was declared at the polls“. And this was the “way to interpret” that the scope and senses of the notion of democracy were included in the Inter-American system of human rights, the Peruvian government replied formally.

Faced with questions about the human rights of Castillo’s detention, Peru’s new government assured: “The Inter-American Commission on Human Rights recognized in its statement of 8 December, ‘… Urgent action by Peruvian institutions in defense of democracy to avoid attainment of institutional breakdown‘ and reaffirmed ‘that it must be protected by the legitimacy of the rule of law'”.

And he completed: “Besides, I gave them Formal notes addressed to their foreign ministers In which the Government of Peru expressed its strong reaction to the joint communique issued yesterday by their governments on the political situation in the country”.

In turn, the new Foreign Relations Minister became A gesture with Brazil, which did not sign the communique, “Today I spoke with the Foreign Minister of Brazil, Carlos Alberto Franco França, whom I thanked for his government’s support for the recent constitutional changes in Peru. I reiterated Peru’s commitment to human rights and due process, ” They said. Gervasi.

López Obrador calls for recognition of Pedro Castillo as president

mexican president, andres manuel lopez obradorTuesday rejected allegations of “interference” by Peru’s current government, but called for the recognition of Pedro Castillo’s presidency, arguing that he had won the previous election.

“This is not interference, because there is nothing going on, our ambassadors are doing their diplomatic work and it is Foreign Relations who are in charge of carrying out the process,” he announced at his daily press conference.

López Obrador responded to Peru’s foreign ministry, which last Friday summoned the Mexican ambassador in Lima, Pablo Monro, to have his say. Rejection for “quotes of Mexican officials” This constitutes “interference in the internal affairs” of an Andean country.

Nevertheless, the Mexican President Castillo’s dismissal overruledwhom he still considers Peru’s president, despite the fact that the Peruvian Congress removed him from office last Wednesday for “moral incapacity” and accused him of attempting a coup d’état.