Pope Francis: Even the greatest believer passes through a tunnel of doubt 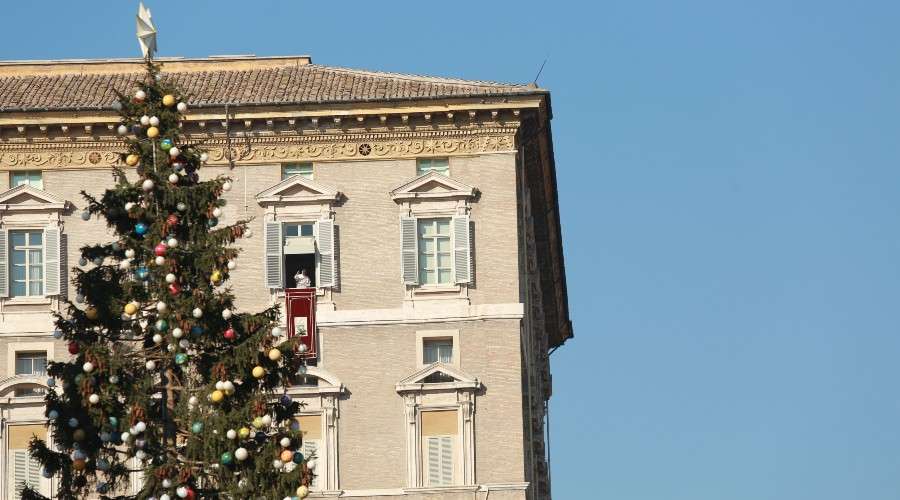 Pope Francis presided over the Angelus on the morning of this Third Sunday of Advent, where he explained that skepticism “sometimes necessary for spiritual growth,

He said it from the window of the Apostolic Palace in the Vatican in front of thousands of pilgrims who were listening to him from St. Peter’s Square.

Commenting on the Gospel of the day, he took the crisis of John the Baptist as an example and pointed out that “we are amazed that it happens precisely with John, who baptized Jesus in the Jordan and passed him on to his disciples.” was indicated as the Lamb. of God.” ,

“it means that even the greatest believer passes through the tunnel of doubt, And this is not a bad thing, in fact, sometimes it is necessary for spiritual growth,” Pope Francis said.

He also said that doubt “helps us understand that God is always bigger than we imagine, that the things He does amazing by our calculations,

“His work is different,” the Pope continued, “it exceeds our needs and our expectations, and for this reason we must never stop seeking him and being transformed into his true face.”

Thus, he warned about the temptation “make god our remedyAnd asked “Don’t shut up God in our plans”.

This state of doubt was defined as “an inner prison“Where we are unable to recognize the novelty of the Lord, that perhaps we are prisoners of the notion of already knowing too much about Him.” “You never know everything about God,” he said.

For this reason, the Pope called Advent “a time investment approachwhere we find ourselves amazed by the greatness of God’s mercy”.

“A time in which, preparing the manger for the baby Jesus, we learn anew who our Lord is; A time in which to get out of some plans and prejudices towards God and the brothers”, he pointed out.

“Once upon a time, instead of thinking of gifts for usPope Francis later said, we can offer words and gestures of consolation to those who are hurt, as Jesus did to the blind, the deaf and the lame.

As usual, the angel ended by asking for the intercession of the Virgin Mary, so that “Hold our hand in these days of preparation for Christmas And help us to recognize the greatness of God who comes in the smallness of a child.”

After the Angelus, he recalled that yesterday, in Barbacena (Brazil), Isabel Cristina Mrad Campos, known as “Maria Goretti of Brazil”, was beatified.

“This maiden,” said the Pope, He was murdered in 1982 at the age of 20 due to his hatred for the faithTo defend the value of her dignity and chastity as a woman”.

He added, “May his heroic example above all inspire young people to bear eloquent witness to their faith and adherence to the Gospel. Let us applaud the new Blessed!” the Pope asked.

Furthermore, he assured that he would continue “with pain and concern”. Violent clashes have been reported from South Sudan in recent days., It should be remembered that the Pope will visit this country at the end of January.

Pope Francis said, “We pray to God for peace and national reconciliation, so that the attacks stop and that civilians are always respected.”

Finally, he recalled that “today is world mountain dayWhich invites us to recognize the importance of this amazing resource for the life of the planet and humanity.

“This year’s theme is ‘Women move mountains.’ That’s right, women move mountains! It reminds us of the role of women in taking care of the environment and preserving the traditions of the people”, she concluded.

Cash Aid for Colorado Families comes out today. But don’t count on it next month.