President of Croatia made an official visit to Chile 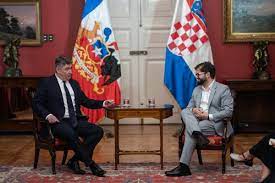 Croatian President Zoran Milanovic made an official visit to Chile to mark the beginning of diplomatic relations between the two countries.

Milanovic visits Chile to mark the 30th anniversary of Chile’s recognition of Croatian independence and the consequent establishment of diplomatic relations between the two countries.

The Croatian President highlighted the important ties of friendship that unite our countries, and did not fail to recall President Boric’s Croatian origins.

“I am visiting Gabriel Boric, first as president of Chile, but also as a descendant of Croatian people. Chile was one of the first countries to recognize Croatia 30 years ago and I remember very well that It treated our country right.”Milanovic declared.

“Chile, from our European point of view, the way it works, and because of its traditions, especially in these last 30 years, is a country with a European mindset. I want to thank you for this beautiful welcome and I hope we will continue these meetings and conversations, and I am happy to visit Punta Arenas, the city where President Boric was born. Indicated the Croatian Pres.

For his part, President Gabriel Boric acknowledged that “These three decades have been marked by a fluid dialogue, both bilateral and multilateral, where Chileans and Croats have deepened our ties and strengthened our convergence. Today we have strong interests in culture, scientific research, investment promotion and protection There are agreements in areas as diverse as tourism, double taxation, and we continue to explore new areas in a world of permanent change.

“The Croatian-descendant community which today in our country is in the range of 300,000 people, including immigrants and their descendants, makes it the second largest in South America. It is a prosperous community, contributing to the future of our country. , standing in all areas. Added.

On the occasion, President Boric presented the Bernardo O’Higgins Order, the highest distinction awarded by the government in collar grade, to Zoran Milanović in recognition of his contribution to broadening and enriching bilateral relations.

It should be noted that tomorrow Milanovic will continue his program by visiting the city of Punta Arenas, where the largest Croatian community in our country is located. 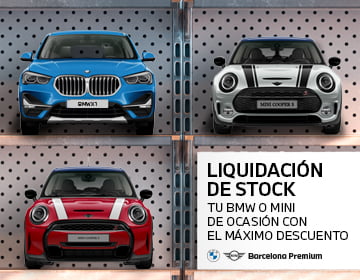 After massive closures of bank offices, kiosks appear for the less tech-savvy