Presidential Election: The result proved that cross-voting took place in the presidential election, the road ahead for the opposition is even more difficult. 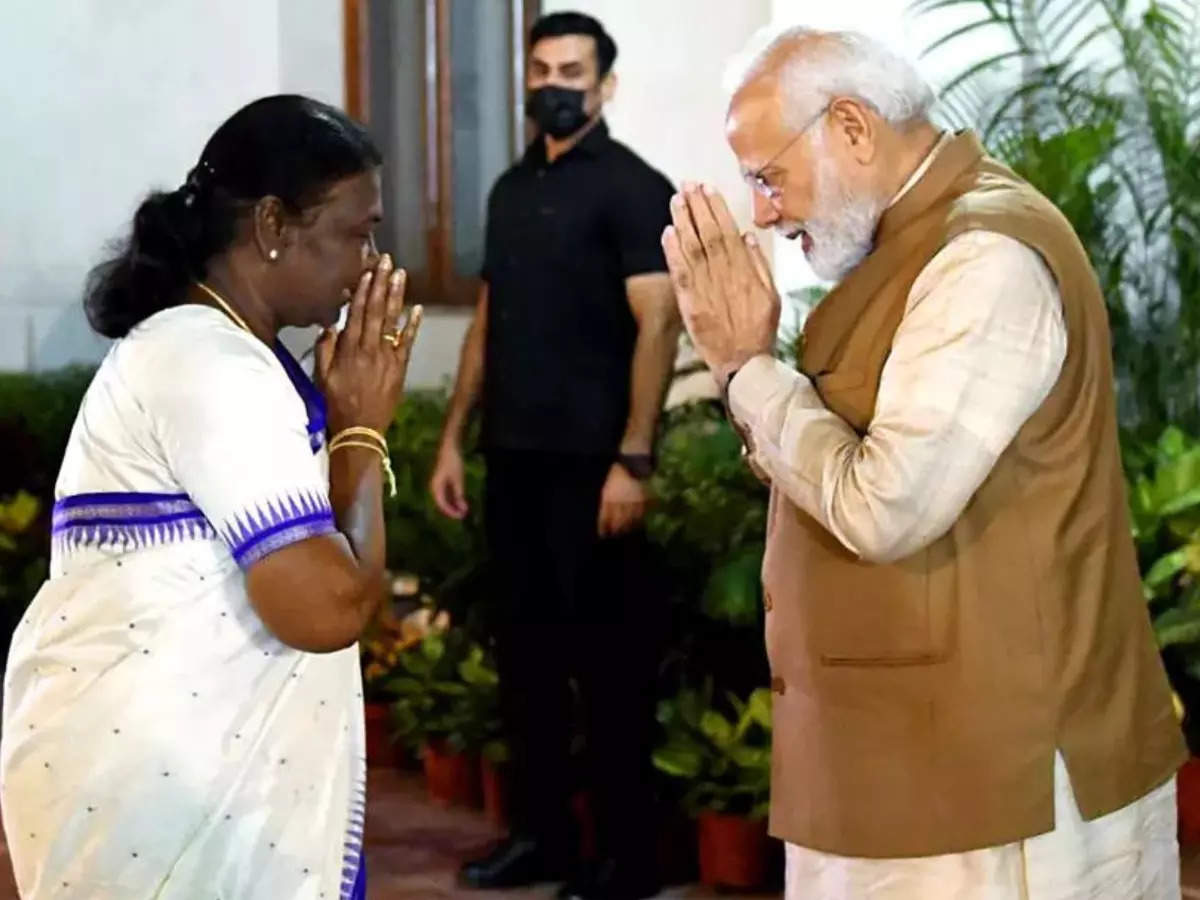 New Delhi:Draupadi Murmu will be the first woman tribal president of the country. In the presidential election results that came on Thursday, he defeated the opposition candidate Yashwant Sinha in the third round itself. It was already expected that such results will come, but in this election many opposition MPs will also cross-voting (Cross Voting In Presidential Election), it was less expected. The news of cross-voting of the MLAs had come to the fore on the day of voting when the MLAs of many opposition parties, including the Congress, openly declared that they had voted for Draupadi Murmu. However, it was not known how many MLAs would be there at that time. In the news that came out after the results on Thursday, 17 opposition MPs and 104 MLAs have cross-voted. This cross-voting is a blow to the unity of the opposition, as well as its effect will be seen in the Vice Presidential election as well.

After the results, it was reported that 17 MPs of opposition parties have cross-voted in support of Draupadi Murmu. Apart from MPs, cross voting has also been done by MLAs of 104 opposition parties. All the MLAs in Andhra Pradesh voted in favor of Murmu, while in Arunachal Pradesh they got the votes of all the MLAs except four. Draupadi Murmu got support from South also, while Yashwant Sinha got zero votes in three states. Votes of 4 MLAs of Aam Aadmi Party have also been invalid. Cross voting of 17 MPs means that they have voted against their party leader and party. In such a situation, once again questions have arisen regarding the unity of the opposition parties and their claims.

BJP sources claimed that 125 MLAs did cross-voting. It has also been revealed in the counting of votes that Murmu got the benefit of cross voting of 17 MPs. A significant number of MLAs from opposition parties from Assam, Jharkhand and Madhya Pradesh voted in favor of the BJP-led National Democratic Alliance candidate. It is believed that 22 MLAs from Assam and 20 from Madhya Pradesh did cross-voting. Six MLAs each from Bihar and Chhattisgarh, four from Goa and 10 from Gujarat would also have cross-voted.

Out of the total 53 invalid votes cast in the presidential election, 28 per cent were of the MPs, whereas in the ‘Electoral College’, the votes cast by the MPs contributed only 16 per cent. In this election, not a single vote cast by the assembly members of 13 states including Bihar and Chhattisgarh was invalid. The Electoral College had a total of 4,809 votes, of which 776 (16%) were MPs.

The strength of the opposition is getting weaker
The strategy of the opposition regarding the presidential election looked weak from the beginning. First about the selection of the candidate and after that many opposition parties got caught in this religious crisis what to do now. A few days before the election, Shiv Sena’s announcement was met when Uddhav Thackeray said that his party would support Draupadi Murmu. However, the Shinde faction had already announced this. Jharkhand Chief Minister Hemant Soren also could not resist Draupadi Murmu.

Amidst all this, the biggest statement came from Bengal Chief Minister Mamata Banerjee who had led the entire campaign. He said that had the BJP announced its candidate earlier, there could have been a consensus on that. In the beginning, the way she was seen leading the presidential election, she slowly backtracked later. Sometimes Sharad Pawar and sometimes someone else seemed to be on the side of the opposition, but in the end it proved to be a sham. All the opposing political parties talk about opposition unity, but instead of getting stronger day by day, it is getting weaker.

Will also affect the election of Vice President
This election result will definitely have an impact on the election of the Vice-President. It started from the day of presidential election results. It was announced by Mamta Banerjee’s party that she would stay away from this election. The Vice Presidential election is on 6 August and Margaret Alva has been nominated for the opposition. In front of him is Jagdeep Dhankhar from NDA side. NCP Chief Sharad Pawar had announced the name of Margaret Alva on this Sunday. Announcing his name, he said that the approval of 17 opposition parties is regarding his name. Sharad Pawar said that we tried to talk to West Bengal CM Mamta Banerjee but she was busy.

Once again the decision of PM Modi has been approved