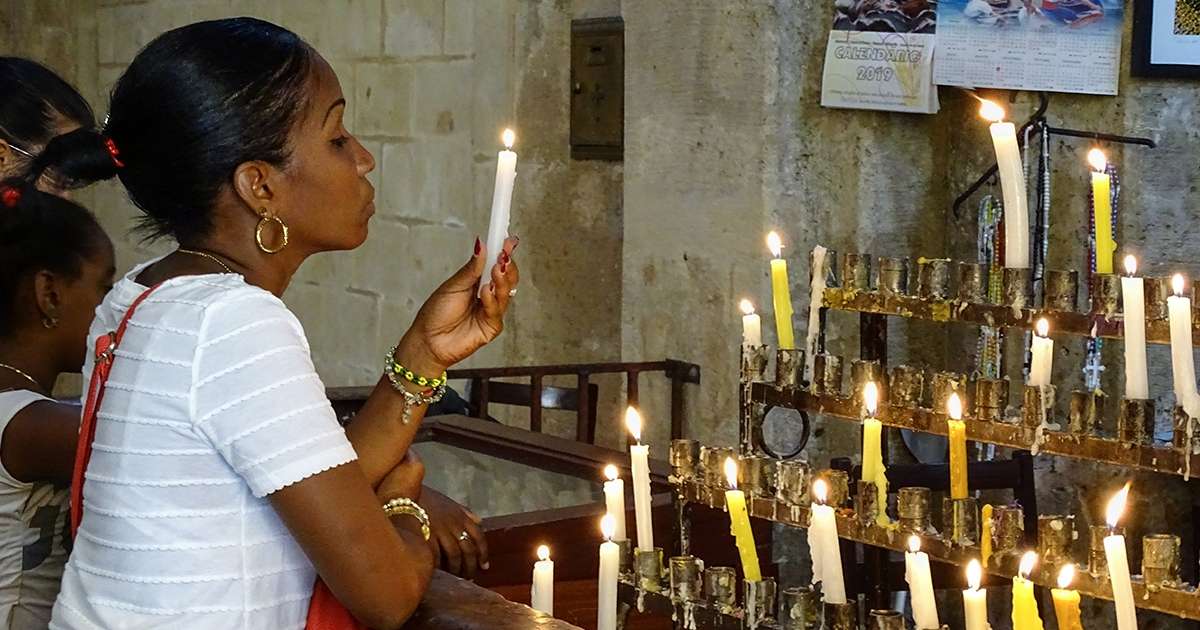 priest alberto reyes criticized the Lack of Religious Freedom in Cuba And demonstrated by many examples how that right is violated in the country.

“I have many dreams, which strain me from my present to the future: I dream of a country with political pluralism, a healthy economy, freedom of expression, social discipline but no repression… .and I dream of a country where it’s religious freedomThis is nothing less than the fact that believers can meet in our temples to worship the God who brings us together,” the priest wrote on his Facebook profile.

One of the main examples of the lack of religious freedom that Cuban priests identify with is the existence of a department in the government and party that controls the practice of the faith, overseeing every movement of the Church and those in trouble. harassing someone who says or does something

Reyes questioned the churches’ lack of access to media and study programs, including the possibility of creating their own schools for all those who wanted such education. He also recalled the fact that religious institutions have access to the Cuban health system and thus “offer the population more options for health care.”

“If there was religious freedom in my land, we wouldn’t have to rely on permits to publicly manifest our faith, and we could plan and call masses, processions, stations of the cross in the streets, Christmas parades were… informing authorities about the use of public places,” he reflected.

Another point of reflection of the priest alberto reyes It is impossible for churches in Cuba to build new buildings where parishioners can meet, or to repair those that have deteriorated over the years. He criticized the fact that there are many bureaucratic procedures to obtain the necessary licenses, which can take years.

“If there was religious freedom in my land Temples deemed ‘illegal’ will not be demolishedWhich were built without the relevant permits because those permits never came,” he said.

Reyes hit out at the government for harassing religious people who do not consider themselves revolutionary or affiliated with the church Opinion is separate from official discourse.

“If there was religious freedom in my country, Priests, men and women religious and laity shall not be accused or defamed Those who are inspired by their faith to raise their voices, use their baptismal identity as prophets, to condemn social injustice and who seek to stand by the victims of these injustices. In short, all this would have been possible if there was religious freedom in my land…but it is not,” he concluded.

Although the current constitution recognizes that Cuba is a secular state that respects and guarantees religious freedom, in practice the same goes for other rights, which They are violated in the name of supreme power held by the Communist Party.

In September this year, The government expelled the priest David PantaleonSuperior to the Jesuits in Cuba, by refusing to extend his residence permit.

Pantaleon was one of the voices that rose in favor of the San Isidro barracks during his hunger strike in late 2020.