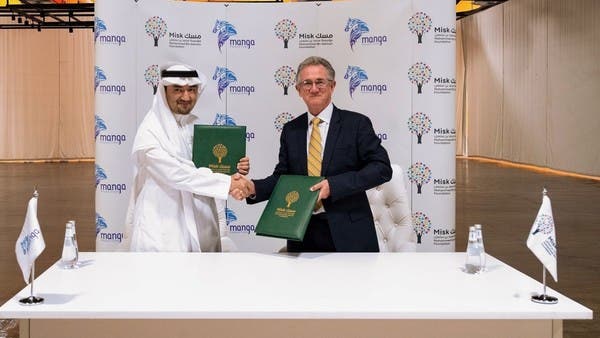 The relocation of Manga Productions’ headquarters would ignite a new media sector within the city. It will support the city’s purpose of fostering a new generation of creative Saudi talent and enabling young creative minds to live, learn, share and grow.

The Prince Mohammed bin Salman non-profit city is located in the Irkah neighborhood, on an area of ​​3.4 square kilometres, near Wadi Hanifa.

Manga productions will also benefit from the city’s culture of encouraging global collaboration, leading to further partnerships with international creatives.

Manga Productions will be a haven for young Saudi talent to explore and enjoy its varied offerings. The company is designing and facilitating workshops in the city to provide a curated educational program on the industry to train, empower and inspire Saudi youth.

Dr. Essam Bukhari, CEO of Manga Productions, said: “At Manga Productions, we aim to inspire the heroes of tomorrow. Our new headquarters in the Prince Mohammed bin Salman non-profit city will allow us to develop a culture of youth and creativity, creating opportunities and inspiring creative industry minds while fostering young Saudi talent.

David Henry, CEO of the Prince Mohammed bin Salman not-for-profit City, said: “The new headquarters of Manga Productions will form part of the city’s human-centered ecosystem, which puts Saudi youth at its core. It will provide skills and resources to young Saudi talent. Providing opportunities will support the Citi and Vision 2030 goals, inspiring them to realize their creative ambitions while attracting global talent.

Manga Productions is a leader in Saudi Arabia’s media and creative content sector, developing inspiring and positive content that targets all different local and international groups of society.

Manga Productions produced the first Saudi Japanese animation film, ‘The Journey’ in partnership with TOEI Animation, one of the oldest and best-known Japanese studios. The Journey marked an important moment for Saudi Arabia’s creative industry and showcased Saudi culture and historical stories from the Arabian Peninsula to international audiences around the world.

NASA Releases New Images From the Webb Telescope: What Do They Remind You?