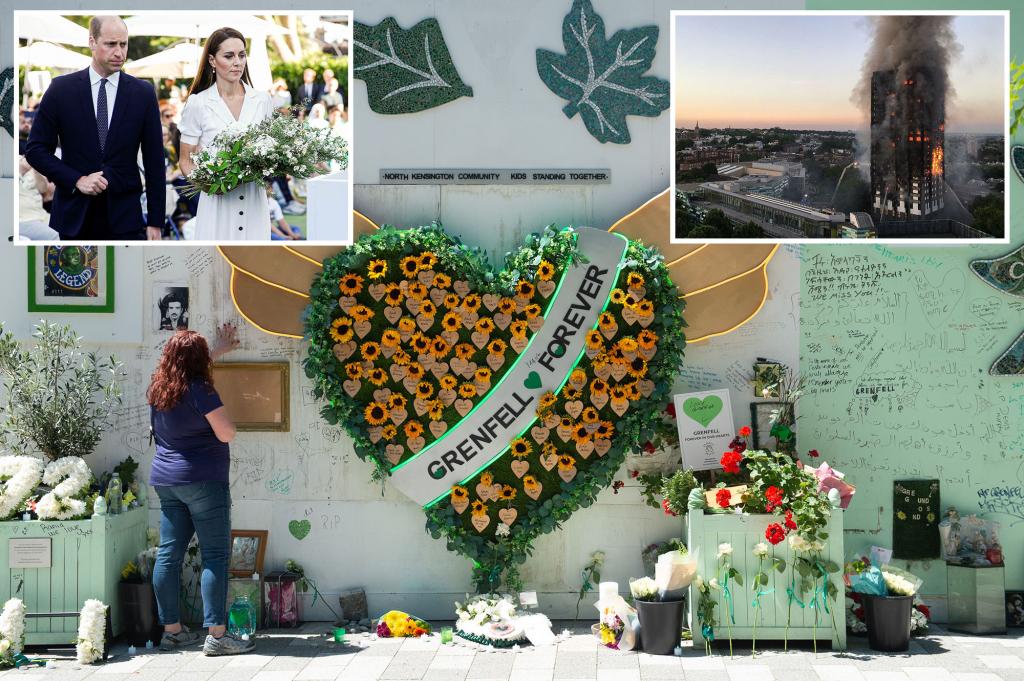 Prince William and Kate Middleton pay their respects to the victims of the horrific Grenfell Tower fire in London that killed 72 people in 2017.

The Duke and Duchess of Cambridge attended a memorial service on Tuesday to mark the fifth anniversary of the fiery hell that engulfed the 230-foot-tall apartment building.

The pair joined mourners at the base of the tower for a special service before the main memorial at Westminster Abbey later in the day.

Members of the royal family also took part in a wreath-laying ceremony, a two-mile walk to the site of the fire, and a 72-second moment of silence in tribute to the 72 people lost that fateful day.

“At today’s memorial service, we join survivors in remembering those lost,” the Duke and Duchess tweeted, “It was an honor to meet those who @GrenfellUnited play a vital role in caring for those affected.”

The poignant memorial service was organized by Grenfell United, a group formed by survivors and bereaved families fighting for change to avoid a repeat of the same disaster.

The tower was illuminated with 72 rays in a touching tribute on Tuesday evening.

“72 rays of light remind those in power that we are here to stay. 18,000 people walked with us in solidarity this evening. Thank you for coming. #UnitedForGrenfell #ForeverInOurHearts,” Grenfell United tweeted,

Mom-of-three Kate holds a wreath of white flowers before bowing to her and her husband during a moment of reflection.

London Mayor Sadiq Khan laid his wreath next to the royal family.

At the ceremony, survivors and bereaved relatives released 18 green balloons into the sky to represent each of the children who lost their lives in the fire.

Each child’s name was read as each balloon was released.

An official investigation into the fire concluded that the building’s casing and the insulation materials used were flammable. The construction of the window frame also helped extinguish the fire.

A refrigerator caught fire in a fourth-floor apartment in the early hours of June 14, 2017. The flames traveled through an open window, gripping the cladding and consuming the entire 24-story building.