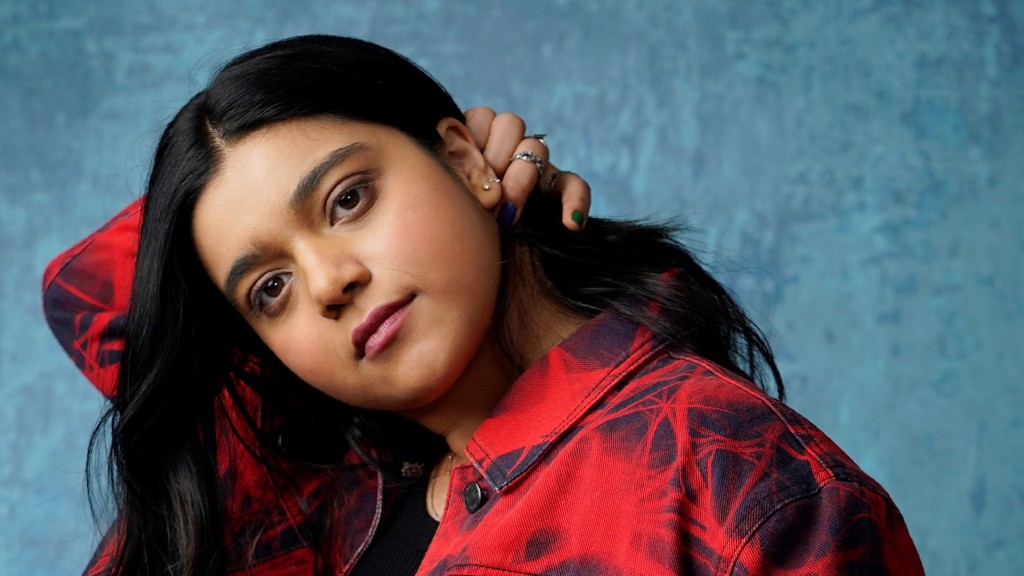 NEW YORK – Iman Vellani, who will be seen in the new Disney+ series “Ms. Marvel, ”is an enigma. Now that she’s part of the MCU (Marvel Cinematic Universe), does she remove or leave Marvel posters from the walls of her childhood bedroom?

“Brie (Larson) is on my wall and she’s in my phone book. So, like, this is weird,” Vellani said in a recent interview.

“Ms. Marvel,” debuting Wednesday, is 19-year-old Vellani’s first professional acting job. Already a comics enthusiast, Vellani learned about the open audition from her aunt. She went to audition. Look and behold , Vellani got the job.

The first month on the set was spent in preparation, rehearsals and stunt training. She had to give up her high school diet of McDonald’s and Oreos and build up stamina, but Vellani wasn’t interested in changing her shape. “I was 17. Kamala was 16. I wanted her to look like a normal high school kid,” she said.

“My first proper day of filming — that was intense,” Vellani said. “It was all stunts that I had to do in the original Captain Marvel suit. Which Brie wears. It was a very uncomfortable day. That suit is not made to go in. All you have to do is stand and walk like a mannequin, and that’s what it’s made for. There are a lot of pieces and it’s really uncomfortable, and the scenes were very intense. So I came home with all these bruises and everything. My mom was like, ‘Oh my god, what happened?’ And I’m like, ‘I’m a superhero. That’s what happened.'”

Vellani could be the first Marvel actor to be a huge fan. She especially loves Robert Downey, Jr. and has proudly re-watched “Iron Man” as a “more than the average person.”

“They’re really just a projection of real life and make you feel like you’re a part of something. Don’t we all want that, to feel like we are? And I know it’s super cheesy Sounds off, but for Marvel fantasy, it’s comfortable. That’s what we know. We can read everything about the MCU under the sun.”

Sana Amanat is the co-producer of “Ms. Marvel, “jokes that an actor who is a Stan (or, a really big fan), as they say, has its challenges.

“Sometimes she’ll sit in the producer’s chair next to me and just give a lot of thoughts and opinions about, you know, either the show or the rest of the MCU. And I’ll be like, ‘That’s cool, but I need you to act right now. needs to be done,’ she said with a laugh, ‘Iman brought so much life and love to the character and it made the whole process so much easier.

Vellani was browsing a local comic book store when she discovered “Ms. Marvel” comics and immediately realized that it was depicted in a way that is not common in mainstream media.

“I saw a girl who looked like me. She was Muslim and Pakistani and a superhero fanatic and I was Muslim, Pakistani and a superhero fanatic, so it worked out quite well. And I think my favorite part about the comic books was that it wasn’t about his religion or his culture or his ethnicity, it was about a hardcore-writer nerd who happened to be Pakistani and The same thing happened to be a Muslim. Those parts of her life inspired her and inspired her as a character. He used his religion as a moral code. .. He never neglected his culture. It was something that propelled his journey. ,

One thing Vellani says about South Asian culture, “Ms. Marvel” gets it right, family matters. Kamala’s parents and brothers are prominently involved in the series.

“Showing those close, tight family relationships, how rare it is to show surviving parents in the MCU,” Vellani said. “We used to expect the ball to get rolling on Muslim representation in the media because there are 2 billion Muslims and South Asians in the world, and we can’t represent every single one of them. But I hope people like Kamala’s character or Some kind of comfort will come through his brother or his parents or someone in his community.

Vellani is not only thrilled to be represented in the MCU, but he is also entrusted with its secrets.

“It’s an honor to keep these secrets. For some people power is money. For Marvel fans, it’s knowledge and mystery and all the inside scoop on movies that haven’t been released yet. I have.” I have that power and I love it.”