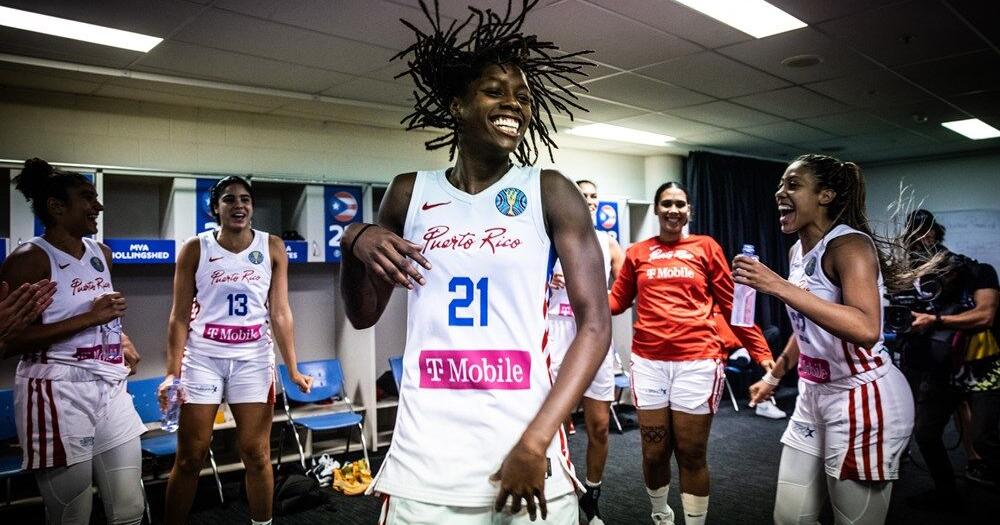 Puerto Rico will have a historic meeting in Australia tomorrow.

The women’s basketball team will fight their first quarterfinal in FIBA ​​World Cup history when they face a renowned Canadian team at 12:30 midnight on Thursday (local time).

The winner will advance to the semi-finals and face the winner of the game between the United States and Serbia, which will be played tonight at 10:00 PM.

“We have an idea of ​​what to expect from Canada,” guessed Puerto Rican squad leader Gerardo “Jerry” Batista.

“We fired against him in Australia, but we were still incomplete. What I have seen from him in tournaments is that he is playing very well. They are presenting a great defense. It will be a complicated opponent”, expressed Batista on learning the results of the draw for the rivals by FIBA ​​yesterday.

Batista pointed to Canada’s defensive efforts as their strength in World Cup competition. He also highlighted the talent of his squad, which has “many WNBA players” in this edition.

The matchup against Canada – which ranks fourth in the world rankings – is considered the most accessible to victory compared to a possible duel against Australia.

Regardless of the result, Batista said he is pleased with the team’s progress through the tournament, which they opened last week with their first win in World Cup history. “I am proud of the team and what we have been able to achieve. We have learned a lot and made progress”, he highlighted.

In the other two quarterfinal games, China will face France at 4:00 am and Australia will face Belgium at 6:30 am on Thursday.

“While we know that we may not be at the level of those teams, we are going to prepare to the best of our ability,” Batista said.

Puerto Rico – ranked 17th in the world rankings – after victories against Bosnia and Herzegovina and Korea, and defeats against the United States, Belgium and China, finished in the best-eight team stage with a 2–3 record. reaches.

This is the Puerto Rican’s second appearance at the World Cup after his debut in 2018. On this occasion he was invited to replace the Russian team, which was withdrawn from the tournament in Ukraine due to the war that had started in that country.

“We’ve spent many years trying to be at the highest level. It’s like a dream come true. Another goal accomplished”, for her part, commented the team’s captain and setter, Pamela Rosado.

The last official duel between Puerto Rico and Canada took place on June 18, 2021 as part of the American tournament and ended with a 65–61 victory for Puerto Ricans at the Roberto Clemente Coliseum in San Juan.

In addition, he ceased to be directed by Lisa Thomedis and is now handled by Spanish victor Lapena Tortosa.

Canada is said to have appeared in 11 of the 18 editions of the World Cup. On this occasion, they finished second in Group B with a 4–1 record, including victories against Serbia, France, Japan and Mali and defeats against Australia.