Qatar 2022 semifinal most watched in history in USA 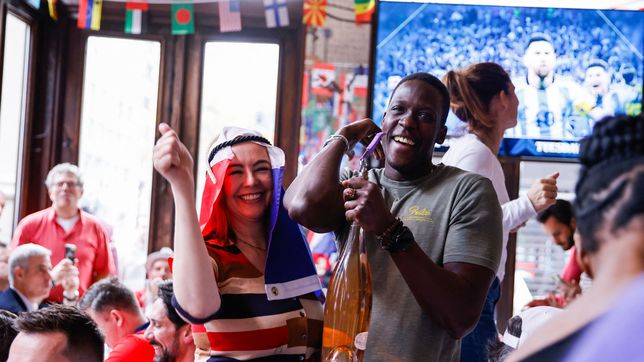 After the semi-finals were played this week, qatar world cup 2022 Only the matches for third place and the Grand Final remain, which will be Croatia vs. Morocco and Argentina vs. France., respectively. precisely, The best-of-four rounds provided excitement in many parts of the world, but it’s important to keep an eye on how soccer continues to evolve in the United States,

Despite the elimination of a team led by Christian Pulisic, Younes Musa and Tyler Adams, American football fans excited about the latest World Cup matches and follow the activity of elements like Lionel Messi, kilian mbappeLuka Modric and Achraf HakimiKeeping in mind that they are the main figures of their national teams.

FOX Networks announced that the Qatar 2022 semi-finals reached an average of 6 million 528 thousand viewers in the country of ‘The Stars and Stripes’, a fact that made them the most watched men’s World Cup in history for English-language television, The New York, San Francisco, DC, Providence (Rhode Island) and Dallas markets had the largest number of visitors.

which really draws attention to the 2026 World Cup in North America, FOX data indicates that Brazil vs Germany (1–7) and Netherlands vs Argentina (2–4 on penalties) were increased by 22% with respect to the Brazil 2014 semi-finals., Although the number decreased in Russia 2018 during the same period, France v Belgium (1-0) and Croatia v England (2-1) saw a 27% increase in this year’s figures,

France vs Morocco watched more than Argentina vs Croatia

The North American series signaled that the match between the French and Moroccans surpassed the duel between Argentina and Croatia, scoring 6 million 592 thousand viewers on Fox and Fox Sports streaming platforms, the most watched in English-language history. Semi finals to go. ,, Russia overtook England vs Croatia in 2018 by 17% (5 million 617 thousand). Similarly, in 2014 it had a +20% increase with respect to the Netherlands v Argentina and in 2010 with a +92% increase with respect to the semi-final Spain v Germany in South Africa.

The market for Gaucher disease is expected to grow during the forecast period 2019-2032, DelveInsight | Key Players – Sanofi, Takeda (Share), and...