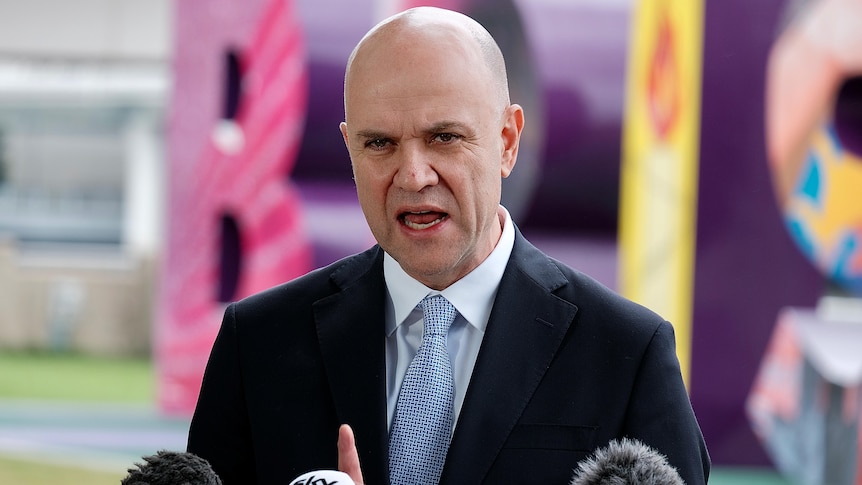 Queensland has recorded 39 COVID deaths, however the latest cases stretch back to mid January with the Chief Health Officer warning it does not indicate a peak in cases.

There were 5,665 new cases of the virus recorded in the latest reporting period with 382 people in public hospitals, down from 484 on Monday.

A further 26 people are being treated in private hospitals with 33 people in intensive care units, including 17 people on ventilators.

Chief Health Officer John Gerrard said the reported death toll from today did not indicate a peak in cases, but included data as far back as January 17.

He said 27 of the 39 deaths came from death certificates, which took weeks to come through from the Department of Births, Deaths and Marriages.

“This does not mean there has been a peak in deaths,” he said.

“In fact the data shows that the number of deaths from COVID-19 has been fairly steady since the last week of January.”

LIVE UPDATES: Read our blog for the latest news on the COVID-19 pandemic

That brings the total number of aged care deaths to 229 of the 438 total COVID deaths since the pandemic began.

She said it was a “good investment” and freed up frontline workers from operating hotel quarantine.

It was revealed that $48.8 million was spent on capital costs for the facility and Ms D’Ath said it could cost $190 million over the next year to operate.

She said the facility, west of Brisbane, was necessary to house people who did not have anywhere to quarantine instead of placing them in hospitals.

She questioned the federal government’s move for another quarantine facility at Pinkenba, near the Brisbane international airport.

“It’s pretty clear on the face of it, that it’s going to cost half of what Pinkenba is going to cost, and it’s been open far quicker,” she said.

“We’ve waited for two years for them to get off their backsides and help us with hotel quarantine and managing isolation and they’ve done nothing.

“I see Pinkenba as a bit of a hypothetical right now.

She said had a quarantine facility been built sooner, last year’s outbreaks could have potentially been avoided.

“Remember the major outbreaks we had in Australia … came from hotel quarantine arrangements and transporting individuals in NSW, in mid June.”

What you need to know about coronavirus:

Dozens killed in wave of mass violence in Haitian capital