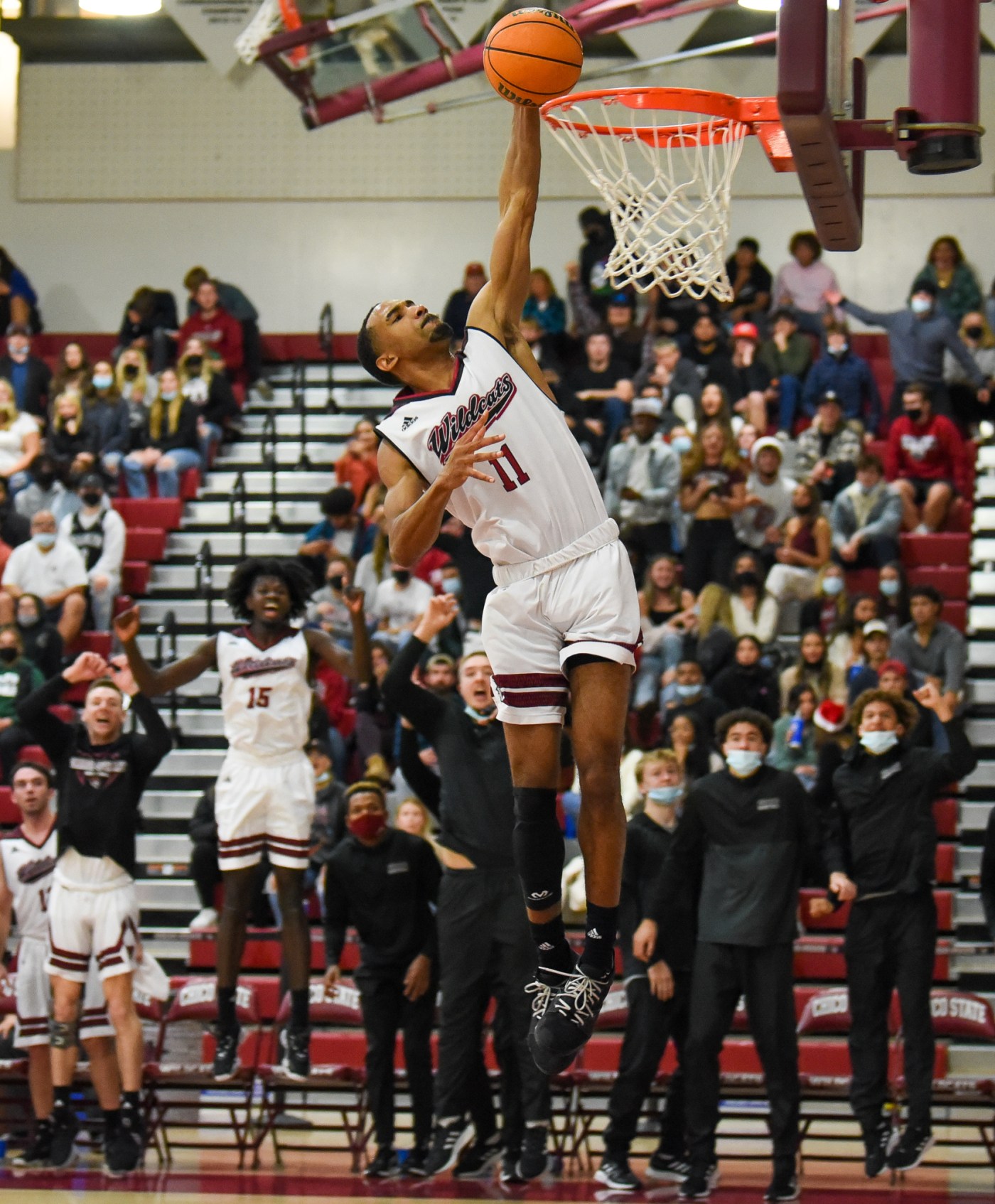 Joshua Hamilton led the way with 16 points, and Kevin Warren, Kelvin Wright Jr. and Malik Duffy all scored 14 points each to lead the 13th ranked Wildcats to the victory.

In addition to his 14 points, Duffy pulled down 10 rebounds. Hamilton and Duffy also tied with a team-high three assists in the win.

Chico State started the game slowly, trailing 9-3 just 2 and 1/2 minutes into the ball game forcing an early Wildcat timeout. Despite the early start by the Seawolves, they were never able to take a lead larger than seven on the Wildcats in the first half and a Duffy free throw pulled visitors within 40-35 at the half.

In this second half, the Wildcats took over the game, shooting 57.7% from the field. The Wildcats outscored the hosts by 14 points. The Seawolves could only manage a 48-43 lead in the second half before Chico State made its move.

Chico’s first lead came after a Warren free throw at the 13:33 mark of the second half, giving Chico 49-48 lead. About four minutes later, a Hamilton layup gave Chico State the lead for good at 56-55.

The Chico State women’s basketball team rallied in the 4th quarter to beat Sonoma State 58-56 on Saturday afternoon in a back and forth affair at Rohnert Park.

Things looked bleak for Chico State after Chasity Spady hit a jumper midway through the fourth quarter to push the Seawolves lead to 51-42.

Chico State’s Makenzi Laporte scored seven points in a 12-2 Wildcat run that ended when Haley Ison drained a free throw line jumper with 18.8 seconds left to give the Wildcats a 54-53 lead.

Following Ison’s bucket, the Wildcat defense forced Sonoma State into a five-second inbound violation, and the hosts were forced to foul Morgan Mathis. Mathis drained two free throws to give the Wildcats a three point advantage with 16 seconds left to play.

Chico State would then miss one of its next two free throws, and Sonoma’s Aaryn Pickett’s three-point attempt from midcourt to win the game bounced off the rim and the Wildcats secured the win.

McDonald led all scorers with 19 points.

The Wildcats are now 8-7 (5-5 CCAA), and Sonoma State slipped to 6-10. Chico will host Cal Poly Pomona on Thursday night.