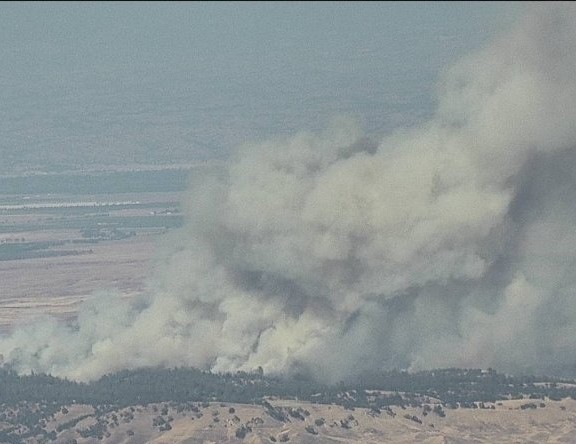 RED BLUFF – The Rancho Fire in southwest Tehama County has grown to 700 acres, but covers 20 percent.

According to preliminary reports from the Cal Fire Tehama/Glenn Unit, the fire started shortly after Monday afternoon and is burning around Rancho Tehama Road.

All evacuation orders have been reduced to warnings as of Tuesday morning. Evacuations were ordered for Rancho Tehama Road, Stagecoach Road, Oakridge Road and Apache Trail.

The Tehama County Sheriff’s Office said there are deputations to traffic closure points, and people should stay out of the affected areas.

“We de-energized power lines in the area yesterday for fire safety, and three poles were burned in the fire,” Moreno said.

The cause of the fire is under investigation.

The Graham Fire is burning in the Ishi forest east of Los Molinos.

Lassen National Forest said as of 7:45 p.m. Monday; The fire is 177 acres and 15 per cent has been brought under control. The fire is burning in a remote area that can only be reached on foot or by plane.

According to the Lassen National Forest, the behavior of fires is mainly smoldering, creeping, isolated and of short duration.

Full control is expected by Friday. 381 people are working on this fire.

The fire started on June 9.

Malawi to move 250 elephants from one national park to another