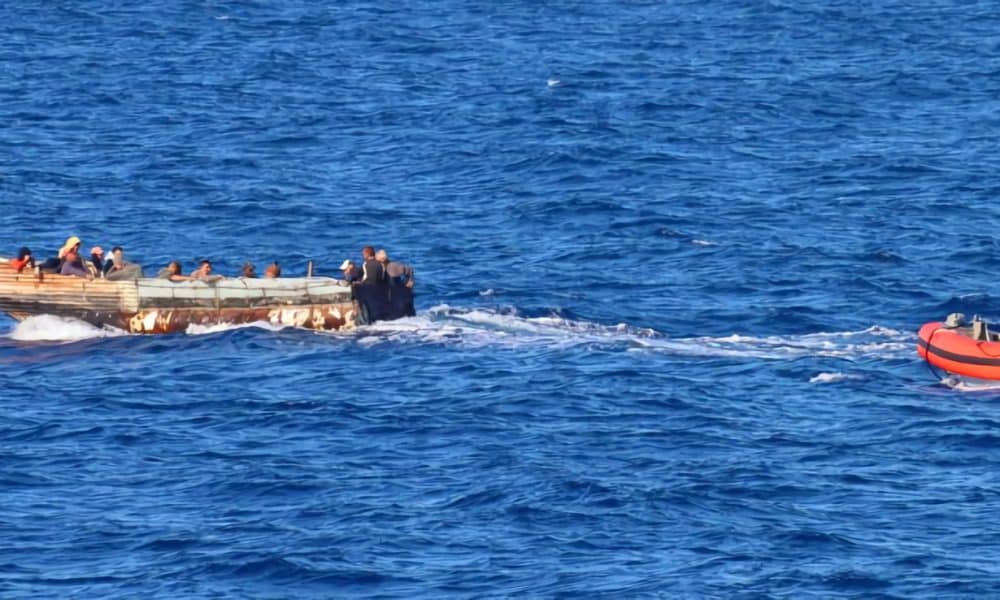 The United States Coast Guard recently announced that it has apprehended 3,370 Cuban rafters in fiscal year 2023. In fact, the period that started two and a half months back is already registering alarming figures.Even the total figures reported so far are more than half of those detained during the entire fiscal year 2022. This is a new record for a quarter that is not over yet.

In the last fiscal year, there were 6,182 people who were detained by Border Patrol and Coast Guard officials. At this rate, given how young this fiscal year 2023 still is, new records could be set in terms of arrests of Cuban rafters.

In fact, what was filed related to the detention of Cubans in the deep sea during fiscal year 2022 was thought to be a record, similar to that seen in 2016. The figure rose to 5,396 in the period between October 1, 2021, and September 30. this course.

The migrant crisis is escalating as the weeks and months pass. This phenomenon is not limited to Cuba, but directly affects the rest of Latin America and the Caribbean.

United States immigration officials have publicly acknowledged that what they have experienced over the past 75 days is just a sample of the current situation in the region. Cubans, for example, have surpassed all previous figures for migrant arrivals in the Union from both the ocean and the southern border.

Official figures show that during fiscal year 2022, a total of 224,764 Cubans requested political asylum at the northern and southern borders of the United States.

Since last October 1, immigration detentions in South Florida have increased by more than 500% compared to the same period last year.

The 1st Women’s Polo World Cup begins and from the opening match, Argentina-Ireland, it can be enjoyed live on ESPNPolo.com

Horoscope for today, Saturday 1 October: Predictions for health and wellness