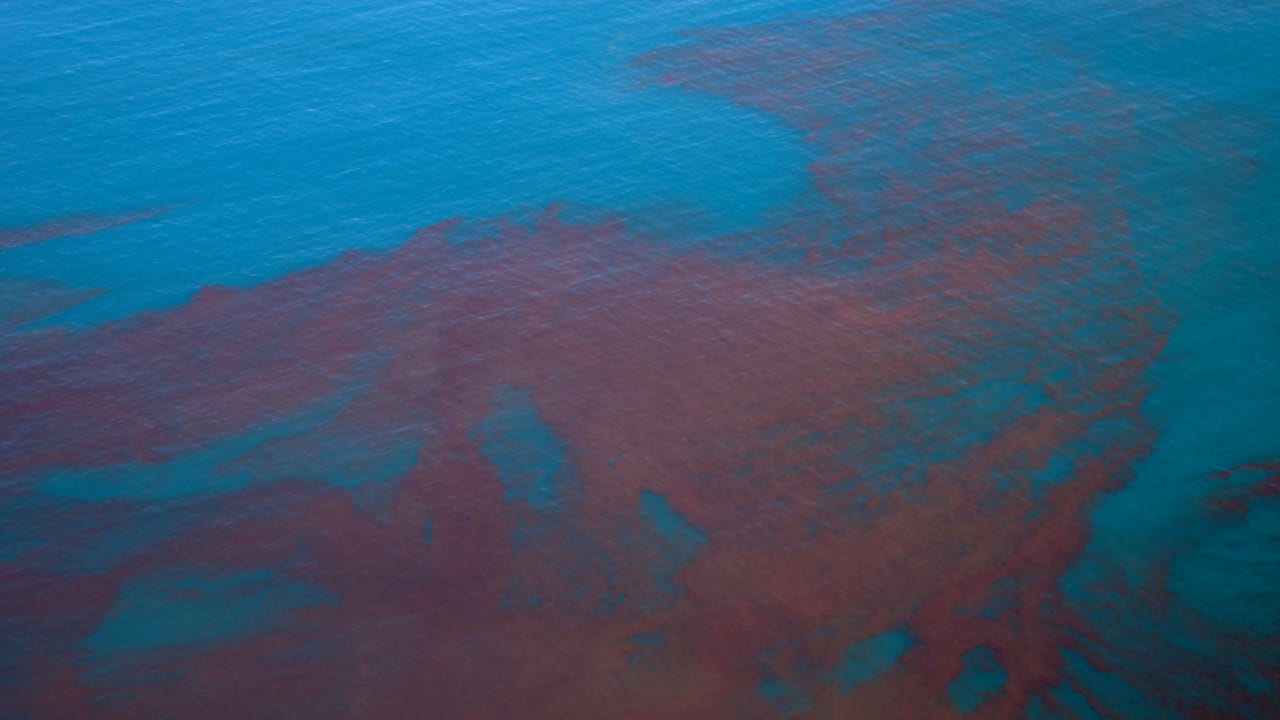 water of San Francisco Bay They were previously painted red. Then that color thickens, sort of brown, and ends up with a thick consistency of chocolate. Kayaking residents on weekends, going a few kilometers in the pacificThey began to see how the local seals, in bewildered expressions, pulled their heads out of the water. What is this they started saying. what’s going on? Then the coastal waters were filled with leaves, as if autumn had come early. They weren’t just leaves. They were dead fish. Thousands of dead fish, of all sizes, swimming along the shore. And not just fish. There were dead crabs lying on their stomachs like cockroaches; Prey of open mussels, and other mollusks and marine animals a phenomenon that is not new, but it seems to have become more common over the years. The so-called “red tide” phenomenon. Although its color is like chocolate.

East incident alarm, the city’s aquatics department published an explanation in question and answer form. The first one, “Why has the water in San Francisco Bay turned brownish red?”.

To start, the technical term is not red tide, but HAB: English acronym for “harmful algae bloom”, HABs occur when algae, which are microscopic, single-celled organisms from large seaweeds, get out of control and Production of many toxins harmful to marine life, or they absorb so much oxygen that they suffocate everything around them, from vegetation to fish. Some of these HAB events, when they occur, for example, in types of algae called karenia brevisa, Incorporate water color changes: hence the term “red tide”.

Since its appearance depends on many factors, such as temperature, tidal flow, sunlight, or nutrientsRed tides are difficult to predict. Sometimes it lasts for a few days; Others, a few months. it usually happens between spring and late summer, The color is also different. Some of these tides become luminescent at night and can be seen from the beaches.

The San Francisco Water Department only adds to that red tide usually does not have a direct effect on human health, but advises humans and their pets to stay away from the color-changing water. However, ongoing studies suggest that this may not be the case. maybe red tide More varied and severe effects than expected,

“Basically, Red Tide harmful to coastal economiesBecause it clogs the beaches and causes these huge fish deaths, followed by a huge clean-up effort,” he explains. agora Ted Burgess, assistant professor of entomology at the University of Florida. “algae basically They reduce the oxygen in the water, so marine life suffocates, Or it also produces a neurotoxin called brevatoxin. And that’s the component we’re interested in.”

Burgess Study One of the lesser known, but potentially more dangerous consequencesRed tide: Flies that eat dead fish are likely to carry brevatoxin with them, and then contaminate people.

“The presence of red tides depends on many factors, such as temperature, tidal flow, sunlight or nutrients”

“There are flies One of the first organisms to come into contact with dead fish,” Burgess says. “So they have a good opportunity to potentially be exposed brevatoxinus, And we’re also concerned about the types of pathogens that flies can pick up and bring to the ground.”

it will be the beginning a toxic journey through the animal ecosystem. “Look at it this way: If you have 10 pieces of food that you want to eat, and each has a small amount of some sort of toxin, and you eat those 10 pieces, you get 10 units of that. Poisons,” Burgess continues. “Imagine a lizard has acquired those 10 units, and then a bird eats several of those lizards. as large an organism that eats other organisms, the more poison you get. it is called bio magnification,

In other words, it is possible that at the bottom of this food chain where toxins accumulate, from “dirt flies,” as Burgess calls them, to larger animals, people meet, Although the Burgess study, which collected carcasses of several fish on the beaches of St. Petersburg, Florida, is still in progress, it has already been proven that brevetoxin can cause disease in people,

“When you’re close to shore, brevatoxins build up in aerosols and cause respiratory diseaseBurgess says. “The other thing they do is when you eat crustaceans that have gotten brevatoxin, you’ll potentially get Crustacean Neurotoxin Poisoning, As far as I know, there have never been fatal cases of brevatoxin. Most of all, they are just bad symptoms.”

like others environmental frontThere are also studies that show that global warming is accelerating harmful algae bloom, including the Red Tide version. This is also reflected in another report by the University of Florida. One of the states where this phenomenon occurs the most.

“Climate change is expected to increase temperatures in the waters near beaches, and may increased growth of harmful microorganisms”, says the document. “These include algae that produce harmful or toxic blooms, including red tides, bacteria and other pathogens. This situation can have negative consequences for human health and Florida’s marine economy.

According to the authors, temperature is one of the factors Which most affect the food cycle, metabolism and development of marine organisms. Given that some of these algae are not able to regulate their own temperature, heating the water could force them to speed up, or slow down their metabolism, Firing, in the process, a large number of toxic substances.

Another factor that can promote harmful algae blooms is polluting dischargeAnimal and chemical fertilisers, especially those rich in nitrogen, which eventually end up in rivers and oceans.

One of the most intense red tides in Florida occurred last year. in the middle of summer, when the tide was already eight monthsThe officers began to wonder whether their force was fueled by runoff from an old fertilizer plant called Pine Point. One March, one of the phosphate tailing dams began to fail, and its rupture caused Governor Ron DeSantis to order a state of emergency, The discharge could have over-stimulated the algae, which doubled their blooms.

Meanwhile, in San Francisco, this year’s red tidewhich may have been created by a microorganism known as . is called called heterosigma, is much more intense and permanent than any other HAB seen on record. And it could continue to disrupt marine life well in the fall,