Relatives of Cuban irregular immigrants ask they should not be deported 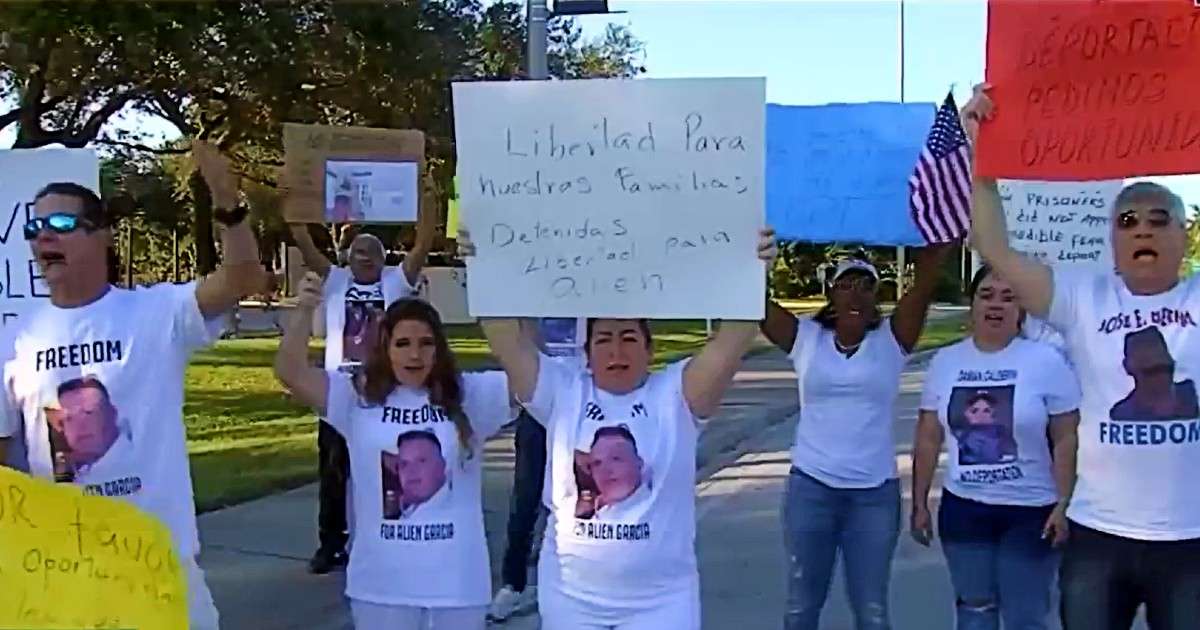 A group of Cubans this Sunday asked US authorities not to deport their relatives who crossed the border as irregular immigrants and are in detention Immigration and Customs Enforcement Service (ICE),

The trigger for the protest was a letter from ICE that several detainees had received, in which officials expressed regret on November 28, 2022, over the leak of an internal document that contained personal information on more than 6,000 immigrants in custody.

“We are writing to inform you of an inadvertent disclosure of information that has occurred. On that date, a document was published in error on the Immigration and Customs Enforcement Service’s public website,” ICE wrote to those affected. indicated in the letter sent to

The disclosure of personal data violated its privacy provisions, ICE acknowledged, causing it to cripple removal proceedings for those who saw their data exposed to the public and subject to a final removal order.

“If you are currently subject to a final order of removal, ICE will defer your removal for 30 days because the disclosure violated the confidentiality provisions (under 8 CFR § 208.6) by disclosing that you have entered the United States I have sought protection”, prompted immigration officials.

The moratorium guarantees the right of those affected to “determine the measures they wish to take, including consultation with a lawyer,” points out the document, which includes “a list of free or low-cost legal representatives.” Including those who do not help those who do not. It is”.

“Specifically, the document includes names, alien registration numbers, dates of birth, countries of citizenship, names of detention centers, and other immigration information, including ‘credible apprehension’ or reasonable determinations in each case. Unfortunately, the ICE investigation has determined that your information was included in the document,” read the letter sent by ICE.

Among the detainees affected by the leak is Jose Enrique Bernal, who has been jailed for 53 days after crossing the border through Eagle Pass, Texas, on October 20. According to telemundo 51His lawyers were able to see him in person for the first time this Monday.

“ICE apologized to my client upon learning that he published this document containing the leaked information on the Internet,” said immigration attorney Melissa Contreras, who represents three Cubans whose information was leaked online. It was done.

As he explained to the above outlet, “The positive thing is that they stopped the expulsions in their countries. If some people didn’t display enough credible fear, now they will have it, because it’s something extra, and the government [cubano] You already know that he informed the United States authorities.

Among the protesters this Sunday, Gladys Castillo, the mother of José Enrique Bernal, protested together with relatives of other Cubans in the same situation as her son: migrants crossing the border who do not pass credible fear interviews, are detained and Now they have this letter received from ICE.

In mid-November it became known that the Biden administration May begin repatriating Cubans detained at the border with MexicoA measure designed to stem the wave of emigration from the island.

This decision was taken after the report of the Cuban government willing to accept deportation flights Under an agreement between the two countries to resume processing of visas for Cubans who wish to enter the United States legally by January 2023.

The government recently announced that The deportations were waiting for the United States to set a date for the flights. of migrants. Since then, relatives of Cubans who are in detention centers they have revealed to demand that he not be returned to the Cuban authorities.

Woman who miscarried while traveling to Malta cannot have an abortion

The Chicago Bears have played on Thanksgiving 36 times. Here’s how he’s fared in each game since 1920.