Renault wants its employees to own 10% of the shares 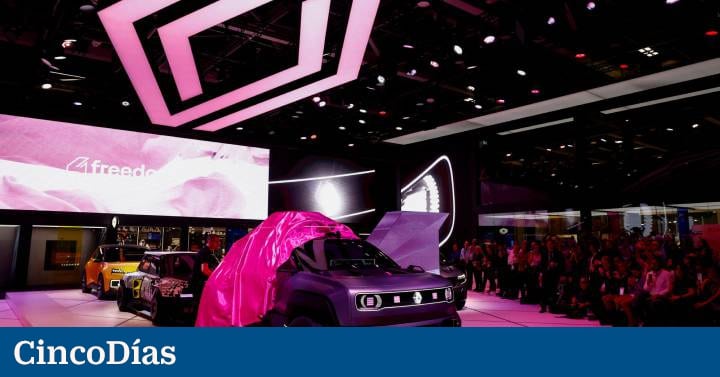 French automobile maker Renault on Wednesday announced the launch of a plan that aims to triple the number of workers among company shareholders with an aim to reach a base of 10% of the share capital by 2030 and thus strengthen the commitment. To do. Group workforce with new strategic direction.

In this way, Renault offers six shares free of charge to each of its more than 110,000 eligible employees in 29 countries, in addition to the opportunity to buy shares at a 30% discount in 21 countries. In this sense, the reference price of a Renault share has been set in the framework of the operation at 31.46 euros, which corresponds to a price of 22.02 euros after the discount.

The membership period will be from November 24 to December 12, 2022 (inclusive). To be considered eligible, employees must have completed at least 3 months of continuous or discontinuous service between January 1, 2021 and December 12, 2022, and their employment contract must be in force on December 12, 2022. This plan is available in Argentina, Austria, Belgium, Brazil, Chile, China, Colombia, Czech Republic, France, Germany, Hungary, India, Ireland, Italy, Malta, Mexico, Morocco, Netherlands, Poland, Portugal, Romania, Slovakia, Slovenia, South Korea, Spain, Sweden, Switzerland, Turkey and the United Kingdom.

“This is part of the employee engagement plan ‘Resolution’ and the strategic steps that we presented on 8 November,” Renault CEO Luca De Meo said. “We look forward to sharing the benefits of the company’s performance with all of our employees, including investing in our growing share capital and involving them in building the future of the Renault Group,” he said.

The announcement comes a week after the company reported it would divest its combustion business (it will sell 50% to Geely) and take its electric division public, which will be called Ampere, in 2023.

Etiwanda Football undefeated, beat Oak Hills in the opening round