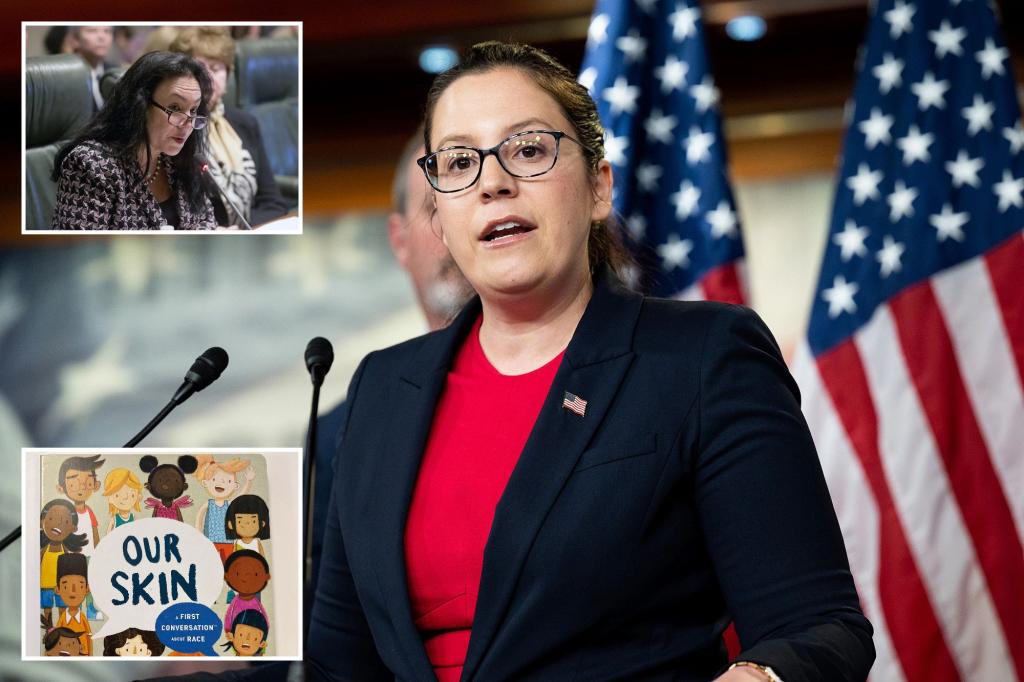 Upstate Congresswoman Alice Stefnik recently fired off a letter to state education commissioner Betty Rosa, saying her department was spending billions of dollars received in COVID-19 emergency funding, including for any CRT-related directives. His department is spending.

“I write with serious concern that the New York State Department of Education (NYSED) under the guise of Social and Emotional Education (SEL) to promote Critical Race Theory provided through Elementary and Secondary School Emergency Relief (ESSER) Fund is using federal taxpayer dollars. and Culturally Responsible and Continuing Education (CRSE),” writes House Education and Labor Committee member Stephanic in a letter to The Post.

“This formulation of anti-racism is not about upholding the equal protection of laws guaranteed by the Fourteenth Amendment, but instead advocates for discriminatory treatment of Americans based on race,” the congressman said.

“Hiding away the racist and divisive ideology of Critical Race Theory with vague and seemingly innocuous terminology does not lessen the harm it does to students.”

Stefanik’s letter was sent to Rosa the same day The Post revealed that some New York City schools are offering an inflammatory children’s book titled “Our Skin.”

The book teaches children as young as age 2 that the concept of race was coined by white people who claimed they were “better, smarter, prettier, and that they deserve more than everyone else.”

It adds that “racism is also the things people do and the unfair rules they make about race to give white people more power.”

In his letter to Rosa, Stefanik requested a list of all “social-emotional learning”-related activities in New York schools, as well as “on the decision to use the Federal Epidemic Fund to support critical race theory.” any memos or other material discussing it.”

State education officials on Sunday denied to The Post that federal pandemic funding was being used to implement CRT in New York schools.

The Department of Education said the funds are being used to support the safe return of in-person instruction, summer learning and instructional time lost through extended day and after-school programs or extended school year programs. Addressing the impact.

“None of the policies or initiatives advanced by NYSED or the Board of Regents relate to critical race theory,” the department said.

“The department is committed to ensuring that New York schools are places where all students are welcomed and supported, given equal opportunities to succeed, and are valued for those cultures, languages, and life experiences.” what they bring to the classroom.”

Cartier and Amazon target knock-off in US lawsuits