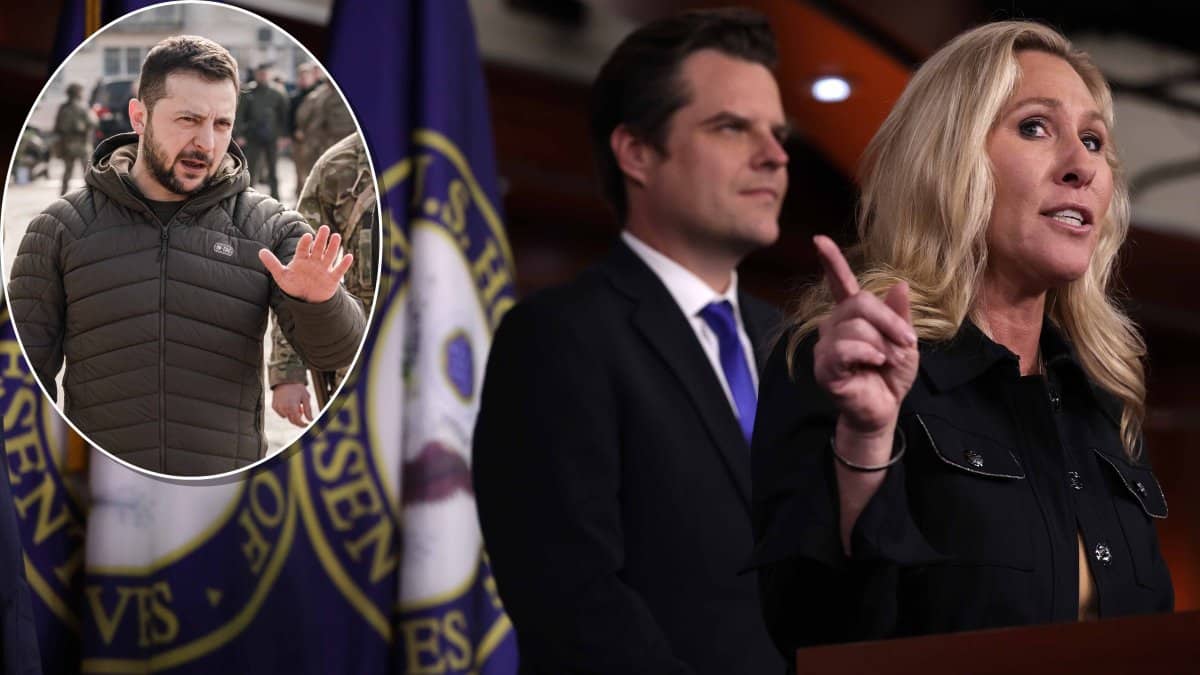 WASHINGTON DC – A group of US Republican congressmen introduced a resolution on Thursday that allows for an audit of military, civilian and financial aid that the Joe Biden administration has offered to Ukraine in response to the Russian invasion.

The proposal, chaired by Republican Marjorie Taylor Greene, an adherent of the QAnon conspiracy movement, calls for the provision of all detailed documents and invoices for congressional funds directed to Ukraine between January 20, 2021, and November 15.

The US Senate approved $40,000 million in military and humanitarian aid to Ukraine in May to counter Russian aggression, Biden requested $11,700 million in September and this Tuesday the White House asked the lower house for additional funds. which the national media put at $37.7 billion. ,

The congressman asked Biden, Secretary of Defense, Lloyd Austin, and Secretary of State, Antony Blinken, to disseminate within 14 days detailed information on the destination of that money, which other countries affected by the war benefit from that aid and which The companies are included in those contracts.

If there is no response by then, Green said, the group will try to get a congressional committee to examine the resolution with a view to its final vote in that House, although the current Republican minority makes that unlikely. Will go ahead

The Congresswoman, who has criticized the US for protecting Ukraine instead of strengthening the border, said: “If it is rejected, it will send a message to the population that they do not have a right to know what is done with their money.” Is.”

As a result of the midterm elections on 8 November in the new legislative cycle starting in January, Republicans will hold a majority in the House of Representatives which could call into question the continuation of sending funds to Ukraine.

Green, a former presidential aide, said, “Some of us have not voted (for that aid) from the beginning. The Americans we represent are not interested in funding the war in Ukraine and that country protect while our border is being attacked.” Donald Trump.

Republican Thomas Massey, Representative of Kentucky, opined in this vein that the Biden administration’s priorities have no direction: “It’s time to stop sending money to Ukraine and start looking at where that money has gone.”

In his message to Mar-a-Lago, he lashed out at the Biden government for inflation and the border crisis, among other issues.

Fourth-degree survivor of the Uvalde shooting to testify before Congress