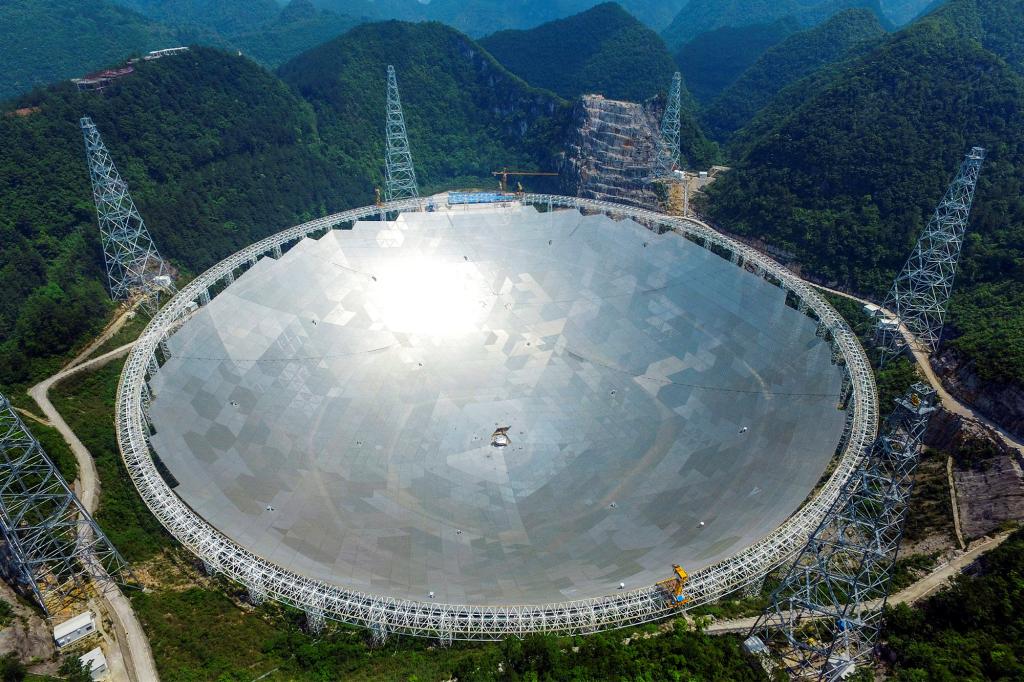 They were the wrong kind of close encounter.

Researchers are denying China’s fleeting claim that it detected extraterrestrial signals with the world’s largest telescope.

Now, researchers familiar with the telescope and its findings say the signals had a far more earthly origin.

“All the signals we’ve got so far are interference, they’re not from extraterrestrials, they’re from terrestrial people,” said Dan Wertheimer, a researcher at the University of California, Berkeley, who worked on Sky Eye research.

Werthimer said the abundance of signals from cell phones and satellites is making it difficult to determine whether the signals are coming from Mars or Milwaukee.

“All this television and cell phones and satellites are getting worse and worse now and it’s hard to figure out what is interference and what could be from a distant civilization,” he said.

Interstellar fantasies set off after China released its tantalizing findings.

,[There were] Possible technological traces from outside Earth and many cases of extraterrestrial civilizations,” the study said.

Researchers from Beijing Normal University found that the frequencies bore no resemblance to anything previously encountered.

Despite fueling the alien theory, Werthimer said he’s still pretty confident there’s something out there.

“I’m really optimistic about life in the universe,” he said. “It would be strange if we were alone. There are a trillion planets in the Milky Way galaxy,” including “small Earth-like rocky planets with liquid water.”

US, Iran “closer to possible deal” on reviving nuclear deal