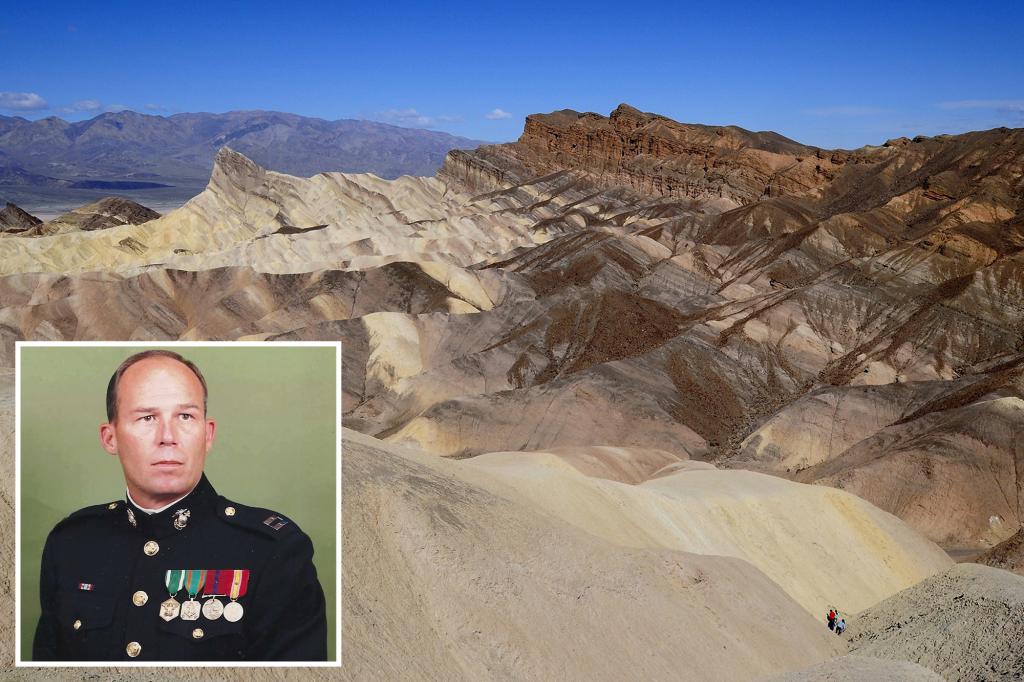 A retired California military officer was found dead in Death Valley National Park after running out of gas and exiting his car to walk in the sweltering heat, officials said Wednesday.

The National Park Service said in a statement that the body of 67-year-old David Kelleher – a former Marine Corps captain – was found in a temperature of 123 degrees, just 30 feet from an obscure highway.

A crumpled note inside his vehicle, which stood near a popular viewpoint, read “out of gas,” the agency said.

The Park Service said that Kelleher was about 2 1/2 miles from his vehicle, and was apparently driving from Zabriskie Point to Furnace Creek when he fell near State Route 190, which was hit by a large tree. was blocked.

According to KLAS, a CBS affiliate in Las Vegas, she was ticketed for off-road driving in a scorched park on May 30, and told a park ranger at the time that she was short of gas.

Aerial and ground searches for a Southern California soldier were later limited by extreme heat.

A Facebook page honoring Kelleher described him as “a proud veteran who served in the US Marine Corps for 22 years.”

“He retired in 1994 as captain at his last duty station at Camp Futenma in Okinawa, Japan,” the post said. It adds, “those who wish to express sympathy” should consider donating to support the families of wounded warriors.

Earlier this month, the body of 69-year-old John McCurry of Long Beach was also found in the area amid rising temperatures.

Park rangers this week warned people to wait inside broken vehicles during extreme heat rather than try to walk to help.

Ecuador declares state of emergency after 118 killings in riots

What is Tromethamine? It is used to stabilize Covid vaccines.