Review: “Moulin Rouge! The Musical” An upbeat and laxative singalong, stands in full for now 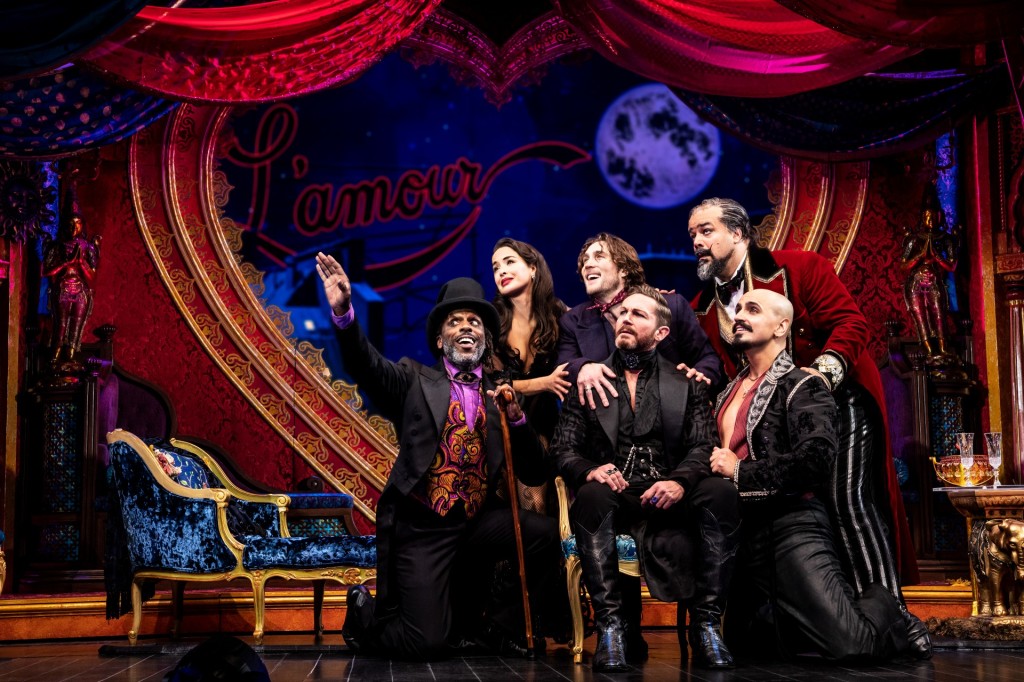 Dressed in tailored cabaret, can-can and fetish outfits, “Moulin Rouge! The Musical” evocatively contemplated the stage before its June 10 performance, with house lights and normal-volume thunder no match for their starving eyes. Is.

For a touring Broadway show that had only opened the night before, it was an appropriately coming-of-age tease before the curtains were up at the Buell Theater. Or, rather, before the fire-red, heart-shaped sets began to transform themselves. Innovative and colour-punctuated, after nearly three hours of production – itself an adaptation of the sensual, candy-flavored 2001 film – rises above a convoluted plot to find its cathartic sweet spot.

Fans of director Baz Luhrmann’s pop culture-specimen film on which this Tony-winning touring show is based, knew the curves ahead of time. Drawn from the first pop-medley, we clapped, swooped and swayed with sequined spectacle, with its equally gorgeous cast also impressively diverse in age, size, skin tone and gender.

The turn-of-the-century 19th-century story follows star dancer Satin (Courtney Reid) at the infamous Moulin Rouge, a club in the Montmartre quarter of Paris. That financially crumbling cabaret is the undisputed diamond of this risky affair, attracting all kinds, high and low, from the cobbled streets outside.

One of them is Christian (Connor Ryan), a penniless, striking lad from Lima, Ohio, who has just moved to Paris and befriends a pair of earnest bohemians – the grizzled Toulouse-Lautrec (André Ward) and muscular tango dancers. and Gigolo Santiago ( Gabe Martinez). Together they head to the Moulin Rouge for some steamy nightlife as they create their own music, with Christian playing the rising musician.

When Christian sees Satine, he is struck by his impossibly brilliance and poise—a skillful move, as the film’s followers know. In her neon-accented, elephant-shaped dressing room (like the movie, it’s all unattachedly chronological and flirty), Christian appeals to her and eventually wins her heart, even in cartoonish form. After buying from the evil Duke of Monroth, his future is haunted. club. This includes, as he grimly puts it, Satine and everyone else who depends on the Moulin Rouge for survival.

Christian and his street buddies employ a thin-screen version of this in their own musical plot, and perhaps because of its blinding clarity (the Duke is not the fastest horse on the track), the story within the story is dominant. echoes and gathers concerns. “Moulin Rouge!” Often can’t be described as subtle, but the pathos here feel earned.

The cast, especially the lead, worked as a single unit amidst fantastically complex choreography and blocking. For audience members like my younger son, it was pure magic: bohemian music on alternately posh and shoddy Parisian rooftops; dazzle-dazzle glitter and confetti; True love and tragedy. As the story set in a class-stripe in Paris of the late 19th and early 20th centuries, it was part carnival and part commentary, a starter course on musical sophistication that outlined what my son called “Hamilton” or “Hamilton”. Seen as “singin'”. Rain” I have.

As important as Truth, Beauty, and Freedom was the production’s song-licensing budget, which I can’t even fathom. In the 50 or so years, it was a head-spinning montage of top-charting English-language titles—often three or four immediately recognizable within a single number—sometimes with new material fashioned into new numbers. Each fits the mood, though they alternate between facials (Lord’s “Royals,” The Police’s “Roxanne”) and Cannies (Reid’s belt, the winning take on Seiya’s “chandelier”).

Depending on your mileage with the Beatles and Elton John, he avoided the triteness anyway, and gave all the major characters a heroic amount of air. (Think Fun’s “We’re Young” and Kelis’s “Milkshake,” both of which are harder than they seem.)

The costumes and its jarring effect against the pointers of the Belle era were often witty and always charming. Ryan, as Christian, blossomed into a Ryan Gosling-esque heartthrob in the second act, his demeanor utterly straight-faced and idealistic, even through sticky torch-song tunnels. Reid, as Satin, was a good foil, but second-level parts such as Santiago and Zidler were more flashy, treading the line between stereotypes and romantic tropes.

It’s hard to imagine a show with so much energy and crunch every night. Nothing felt stopped on Friday, and the audience responded in kind, singing with tears and letting the escapism and romance take over. Tapping that well into every show will do much to bolster Denver’s spirits, especially as the 21st century continues to erode them.

“Moolan Rouge! Musical.” Presented by Denver Center for the Performing Arts. Directed by Alex Timbers, with book by John Logan, music by Justin Levine and choreography by Sonya Tayeh. June 16-26 at the Buell Theater, 1350 Curtiss St. Tickets, $35-$150, at denvercenter.org/tickets-events.